What was the point of the re-entry and landing burn of the first stage of the GovSat-1 launch?

Supposedly SpaceX did not intend to recover the first stage of the GovSat-1 launch. If so, what was the point of doing a re-entry burn and a landing burn, if they were just planning on dumping the rocket in the ocean anyway?

Normally, the terminal phase of Falcon 9 first-stage landing finishes with a single engine firing. This attempt used three engines for the landing.

By firing three engines instead of one, the final deceleration of the stage can be performed over a shorter period of time, which provides a net fuel savings, because gravity has less time to act on the stage. Less fuel needed = more mass budget available for the payload.

However, in this mode, everything is happening faster, and the stage has less time to correct for any trajectory errors. SpaceX didn't want to put a barge under it for this test, because of the possibility of a hard landing that would damage the barge; they have only Of Course I Still Love You in the Atlantic, and are planning to land the center core of the Falcon Heavy on it in the test flight scheduled for February 6th -- which, come to think of it, is likely too short a time frame to bring the landed stage back, clean up, and go back out to catch the Falcon Heavy even if there wasn't any damage.

Preface: By popular request, converting my comment into an answer. As a professional SpaceX nerd, this is going to have to be a multi-phase answer as I don't have the resources to fill it out all in one sitting.

Most are unaware that SpaceX has actually performed post-separation experimental tests to determine the feasibility, and later, the acceptable envelope of recovery on every Falcon 9 vehicle, except for Falcon 9 Flight 5†.

This is true even when SpaceX wasn't pursuing retropropulsion as a means of recovering Falcon, or when it was even thought impossible; and SpaceX still do it to this day. Even missions publicly marked as "expendable" have experimental post-mission testing performed, with the remaining fuel available, and current recovery program direction, informing what tests can be done.

The overarching goal is to increasingly expand the envelope for recovery, trialling new techniques that improve margin, recoverability, or a myriad of other factors; and GovSat is just a single example of this.

Lars Blackmore, Principal Rocket Landing Engineer at SpaceX, obviously would be one of the most authoritative sources on this topic. Luckily for us, he recently gave a talk at Stanford on Falcon recovery on 12 January, 2018. Here a paraphrased statement he made during that talk:

We needed to add additional componentry to the rocket to make this [recovery] possible, including grid fins, landing legs, upgrades to shielding; as well as developing new untested techniques, flipping around, retropropuvlsive burns, aerodynamic guidance, and more.

There's no way you can do this all in one mission. It's iteratively developed over dozens of missions, figuring out what worked, what didn't, and revising from there.

As SpaceX has learnt more about their vehicle, and how it performs when coming back to Earth, there's some fairly distinct phases throughout the program which become apparent. I'll cover GovSat first, then work chronologically through Falcon 9's recovery program to present.

As mentioned by Russell, the specific post-mission testing for this flight was to trial a triple-engine landing burn to reduce gravity losses on approach — gravity losses referring to the Δv that must be spent to fight gravity. Usually this is taught in the context of a rocket going uphill, into orbit, as an example of why your trajectory should be as horizontal as possible, but it applies to Falcon 9 coming in to land too.

The landing burn is the longest of the three recovery burns Falcon 9 performs, and every second it continues, there are effectively close to 9.81ms⁻¹ of Δv eliminated from your performance budget. An example landing burn is that of the Orbcomm OG2-2 landing profile, where 32 seconds were spent slowing the stage down from subsonic to zero velocity at zero metres. If you can halve that 32 seconds to 16 seconds, you've effectively saved 160ms⁻¹ of Δv from gravity losses alone.

This extra Δv—effectively extra propellant—can be spent either improving payload to orbit, delivering a fixed payload further, spent elsewhere in the recovery profile as desired, or justify the addition of heavier hardware if needed. 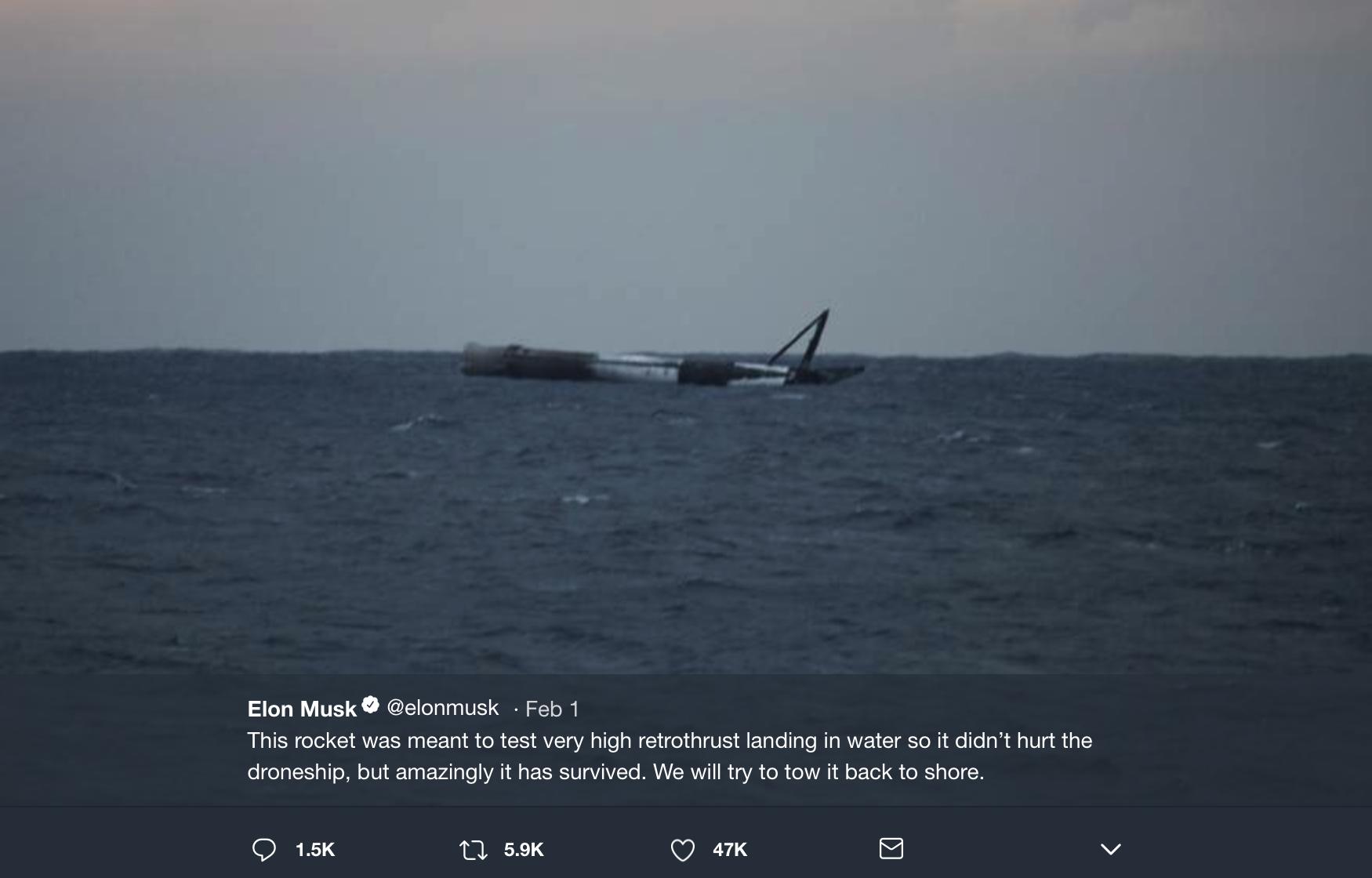 Initially, the plan was, like Falcon 1 (which also wasn't successful in this regard), to use a series of large chutes to slow the vehicle down, ensuring a "gentle" splashdown in the ocean under canopy.

On the first few flights, this manifested as four parachutes present in the interstage of the first stage: 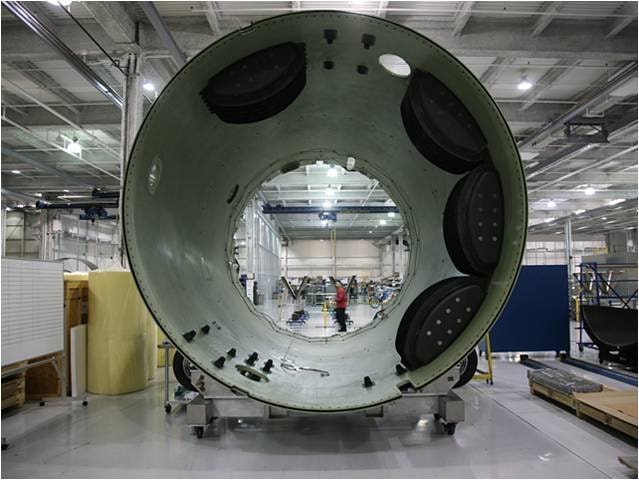 It's worth noting this never worked; the stage always broke up before the parachutes had a chance to deploy. Courtesy Gwynne Shotwell:

At the Space Access conference in April, Gwynne Shotwell, SpaceX's president, admitted: "We have recovered pieces of the first stages." The first stages weren't even getting as far as deploying their parachutes – they were breaking up during atmospheric re-entry.

By the final flight of Falcon 9v1.0, rocket-powered reusability was SpaceX's modus operandi, and as such, no recovery attempt or post-stage manoeuvring was made. This remains to date the only SpaceX mission where no post-separation testing occurred; Falcon 9v1.0 was too distinct from its taller successors to be of any use in this regard.

Efficiencies in boosting back (2016–present)

† by this time, it was clear to Elon and co. that their previous plans for Falcon 9v1.0, to splash down under parachutes in the water, were an intractable problem that didn't serve SpaceX's goals well. Part of the Falcon 9 v1.0 to v1.1 upgrade was to enable hypersonic retropropulsion & propulsive landing that has thus been an incalculable success.

Not the answer you're looking for? Browse other questions tagged spacex reuse first-stage recovery or ask your own question.