We are going to see the first launch of the Falcon Heavy in person February 6th 2018. What is the expected time from initial launch to landing of the two strap on boosters nearby?

The core boosters will fly basically a standard Falcon 9 mission, burning for the usual amount of time then doing an RTLS, which on Flight 20, the first LZ-1 landing was about 9:45 after launch.

There is a report that SpaceX will try to stagger the landing, which might affect the landing time by some small number of seconds. But about 10 minutes seems to be pretty good estimate. If you are there for the launch, the landing is not that long to wait.

The Press Kit for the Falcon Heavy Demo flight is now published. Looks like the answer is 7:58 so less than the earlier suggested 10 minutes, but not that far off. 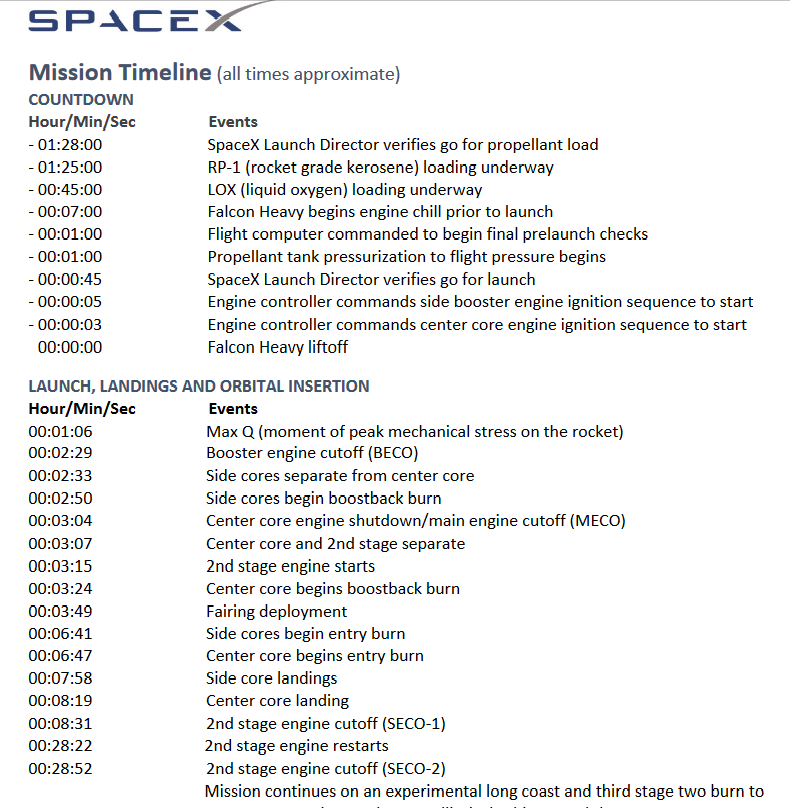 Not the answer you're looking for? Browse other questions tagged spacex landing falcon-heavy or ask your own question.