How long will it take Elon Musk's roadster to become the fastest ever car?

In chat, site moderator PearsonArtPhoto raised an interesting question after I'd pointed out that watching this launch could be disguised as watching "A car go faster than any car has gone before."

How long will it take the Tesla Roadster to beat the all time record for the fastest car? PearsonArtPhoto's question in chat

Popular Mechanics has written an article on it, but they only discuss how fast it will go at its top speed, and the speed at which it leaves the "Earth-Moon system". According to Harvard-Smithsonian astrophysicist and spaceflight expert Jonathan McDowell, who was in email correspondence with PM, the car will go several orders of magnitude faster.

So how long will it take the Roadster to beat either of these cars?

According to the FlightClub.io simulation, the Falcon Heavy flight will be doing 138.7 m/s (496 km/h) at the 30 second mark, beating the Koenigsegg Agera RS.

It's been noted that the lunar rovers flown on the later Apollo flights exceeded that speed, probably reaching peak speed at translunar injection (~11km/s relative to Earth surface). The Falcon Heavy Tesla Roadster will outrun those when it does its trans-Martian injection burn.

As it happened, the times turned out pretty close. The Tesla hit 500 km/h at 27 seconds: 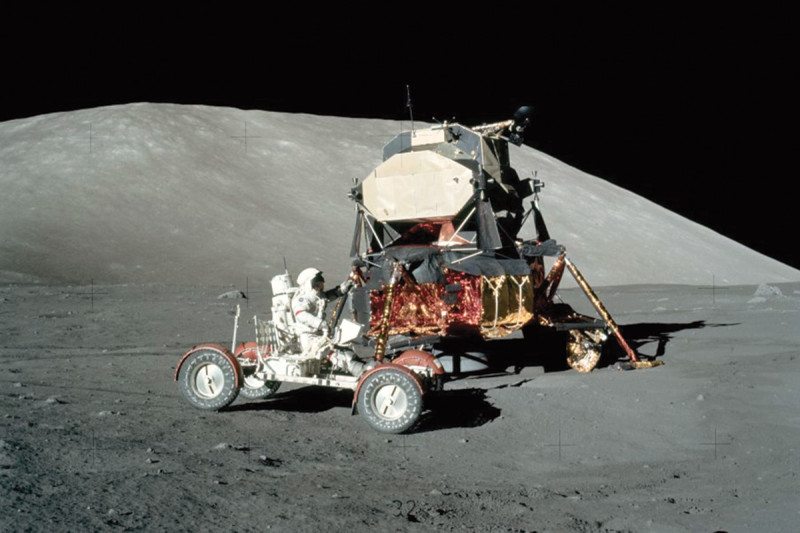 The Tesla Roadster is now the fourth electric car launched into space. The previous three were the Lunar Roving Vehicle (The Moon Buggy) which was included on Apollo 15, 16 and 17.

Apollo moon missions and the Falcon Heavy require a minimum speed of 25,000 mph to break out of earth's orbit. Whether the Falcon goes a few miles faster than Apollo is not important because the Tesla Roadster will not actually operate as a vehicle in space. 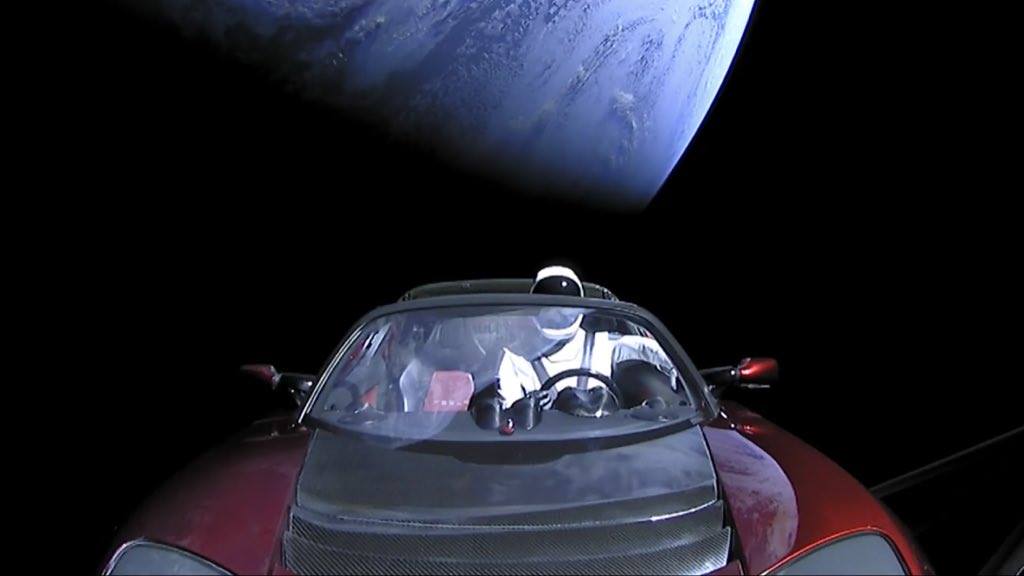 Not the answer you're looking for? Browse other questions tagged spacex falcon-heavy record tesla-roadster or ask your own question.

10
What is the fastest rover that has ever traveled on the surface of an extra-terrestrial body?