Is docking satelites an option?

If we dock satellites together we can then have big satellite stations on different orbits that will be serviceable.

Is this possible, and what are some implications of doing so?

For example, can this be used to eliminate future space junk, will the positives of being able to repair, reboost and service satellites cancel out the expenses of adding docking system to satellites, and can such stations become big enough to pose a serious danger to the Earth or be inhabited by crew?

Also, has this been purposed?

P.S. Here is an image from the alpha station from the movie "Valerian and the City of a Thousand Planets". It might not relate to the question very well but is really cool :) 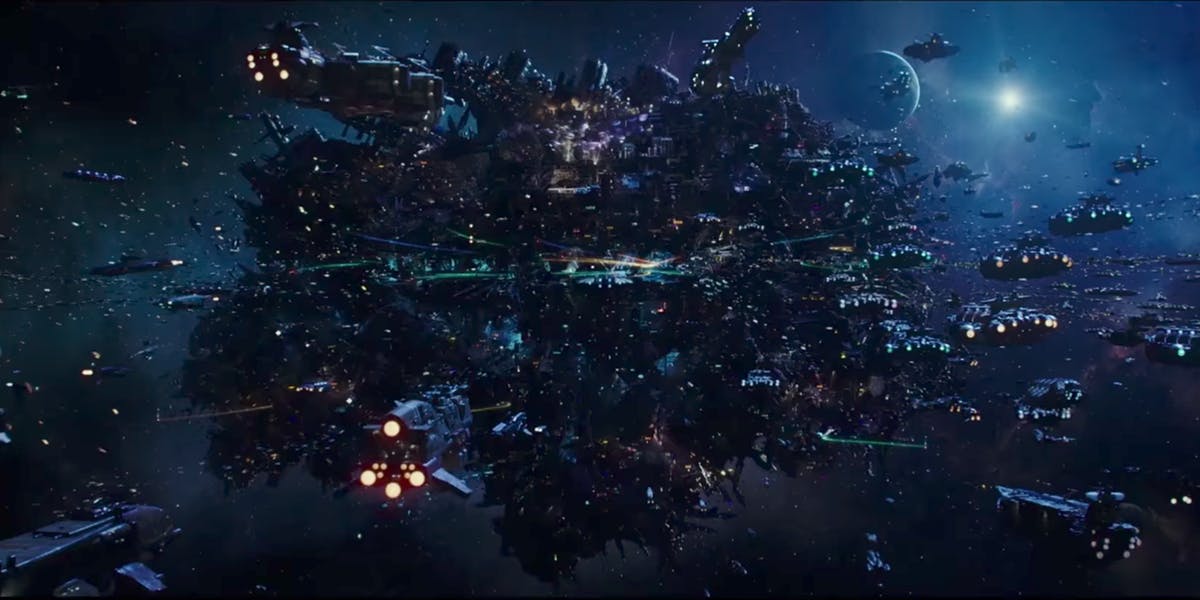 Docking is possible, and the first such service is in production at the moment. Orbital ATK has built a Mission Extension Vehicle which can dock to a satellite and act as its station keeping system. Future services are expected to include inspection, fuel transfer and more.

Large, manned platforms have been proposed in the past for functions now done by unmanned satellites: for instance the Manned Orbiting Laboratory was a reconnaissance platform built to work with Gemini capsules. That never went anywhere because an unmanned satellite could do everything MOL did at a lower cost.

However, there are potential problems. If you stack a number of communications satellites together, it becomes difficult to avoid signals interference (can't have 2 transmitters working on the same frequency right next to each other).

These functions require that the satellites are spread across various orbits:

That leaves things like Earth observation (although having sats in different orbits increases your coverage), maybe some science missions (but telescopes need independent targeting, missions like microgravity experiments need to avoid interference, etc.)

I don't see many potential applications for large satellite platforms.

It is an option, and one that has been used extensively.

The first two Russian* elements of the International Space Station (ISS) docked with each other on July 26, 2000. The subsequent US elements were added manually, but many automatic dockings to the Russian segment have occurred. Most of the Progress and ATV supply ships have been docked automatically, as well as the Soyuz personnel transfer vehicles.

Not the answer you're looking for? Browse other questions tagged artificial-satellite debris docking or ask your own question.