Will the Tesla Roadster/Falcon 9H 2nd stage ever be a navigation hazard to cis-lunar space?

The saying "What goes around, comes around" can apply to spacecraft on ballistic trajectories that are launched from Earth into bound heliocentric orbits. Since the Tesla Roadster/Falcon 9H 2nd stage's orbit will repeatedly pass by Earth's orbit, will it ever be a navigation hazard to cis-lunar space? In addition to satellites in LEO, there are plenty of goodies in MEO (e.g. GPS/GNSS) and GEO.

I am not asking about the likelihood of a collision, because that is low. But a navigation hazard requires significant time and effort to monitor to be sure, and so any near passes to Earth would have to be carefully considered.

Given that launch generally (and by treaty) requires government approval, I wonder if they were required to consider this and take the necessary steps to avoid it?

below: From here. Open in another view for full size. 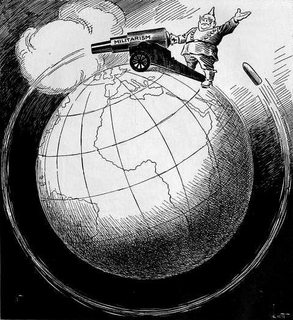 They iterated 48 estimates of Roadster's orbit, each for over 1000 years.

It's conclusion (my emphasis):

Its first close encounter that MAY come within a lunar distance of the Earth will occur in 2091. On timescales significantly longer than a century, continued close encounters will render precise longterm predictions of the object’s chaotic orbit impossible. 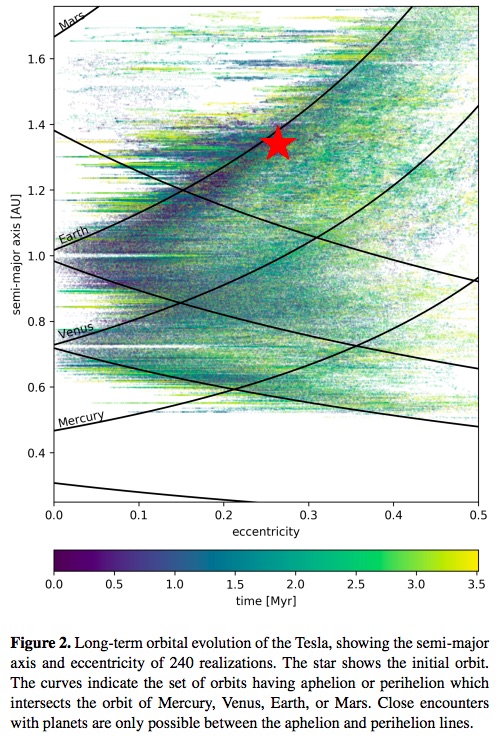 Not the answer you're looking for? Browse other questions tagged orbital-mechanics tesla-roadster tracking collision-avoidance or ask your own question.

76
Is the SpaceX Falcon Heavy payload (a Tesla car) space junk?
23
Starman/Roadster in a=1.795 AU orbit, now what's the method to this madness?
3
Did SpaceX intend to overshoot Mars?
2
How close will Starman return past Earth?
0
I got two questions about the Starman Tesla roadster orbiting the solar system