Is the Tesla still attached to the second stage?

I was wondering. Is the Falcon Heavy 2nd Stage still attached to the payload adapter / Tesla Roadster or was payload separation part of the test flight objectives?

From GIZMODO.COM: Eric Holthaus over at Grist reported that you can just head over to the NASA Jet Propulsion Laboratory’s HORIZONS web interface, click “change” next to the target body, type in “SpaceX,” hit enter, then click “Generate ephemeris.” In the write up it states "A plaque on the attachment fitting between the Falcon Heavy upper stage and the Tesla is etched with the names of more than 6,000 SpaceX employees."
This seems to imply that the Tesla and upper stage are traveling together.

Sorry I can't provide specific links (I've not read about this in over 2 weeks, and when I did, I read a lot), but the Roadster is still attached to the 2nd stage.

Some asteroid trackers have obtained astrometry of the roadster and a) they detect only one object, b) the measured brightness is too bright for it to just be the car.

The 2nd stage is larger and heavier than the car, dramatically increasing its optical cross-section. And as you can see in the photo below, the cameras are attached to it, rather than to the car, so if separation did occur, it would have been after the live feed ended. But like I said, only a single object has been tracked by astronomers, even after the end of the video feed.

As a last note, I'll add my personal opinion that it makes sense not to detach the car from the 2nd stage because there's no point in doing so. It would've added complexity to the setup, and also given the Solar System two pieces of added space junk instead of the current one. The publicity stunt was accomplished and that was irrespective of the car detaching or not. On the engineering end, the 2nd stage was tested and performed to spec, so success on that front too. 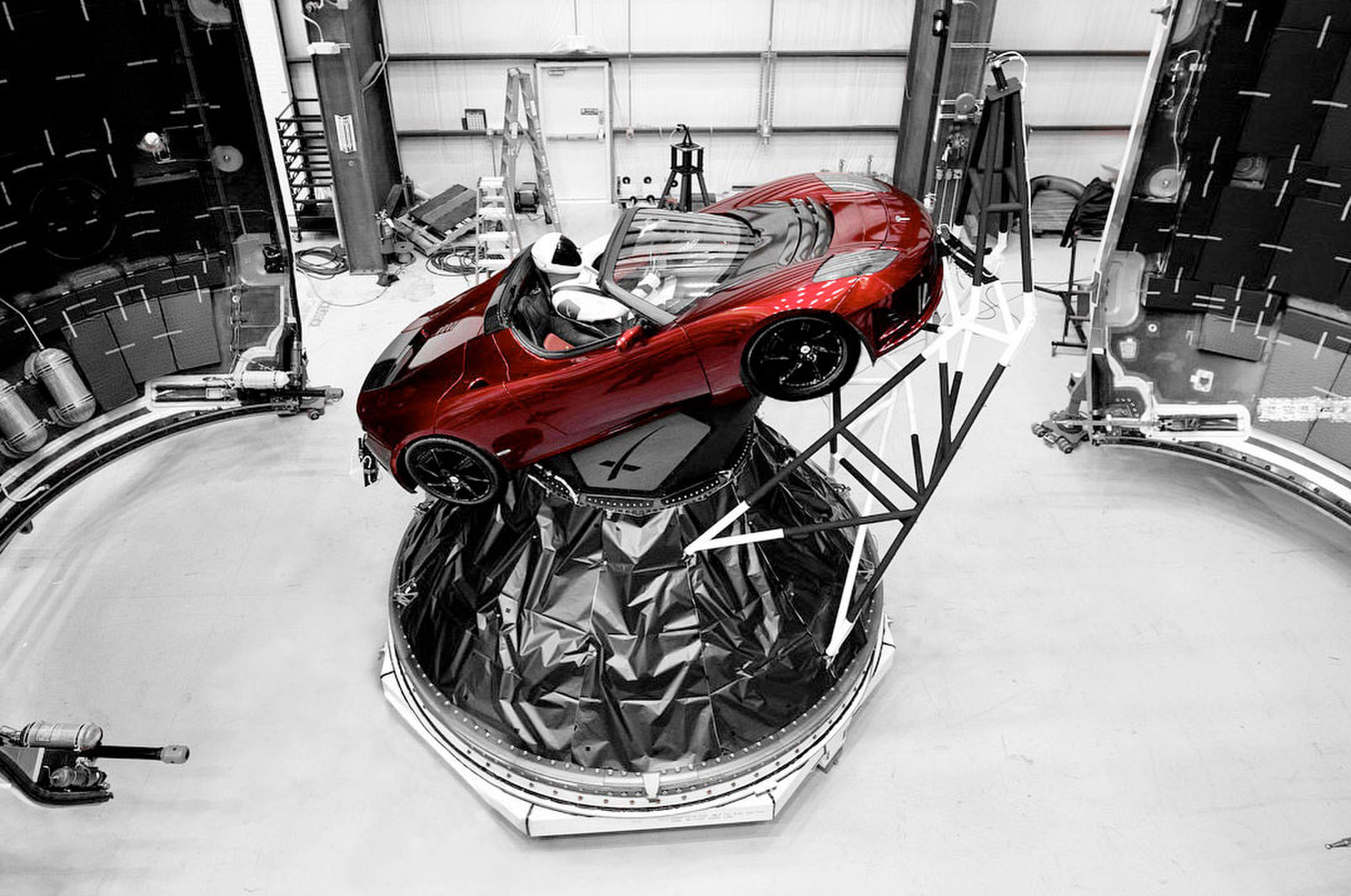