Did any Apollo missions have backup parachutes?

NASA's Apollo modules, the ones that went to the moon, had a fairly standard-for-the-time reentry method: Hit the atmosphere at the right angle, deploy a parachute after things are done burning up, and land gently upon the ocean.

Here's the main problem I can see: That parachute has to work. Otherwise, you have some fairly serious problems - such as water being like concrete if you hit it going very fast. And the Apollo modules where going very fast.

Did any of the Apollo missions include a backup parachute in case the main one didn't deploy properly?

The apollo command module had three parachutes and two of the three would have been sufficient to slow the capsule sufficiently for a survivable landing. However, this redundancy would not have protected against certain failure scenarios where the parachutes failed to deploy properly or multiple chutes failed due to a common cause, such as collision with debris. 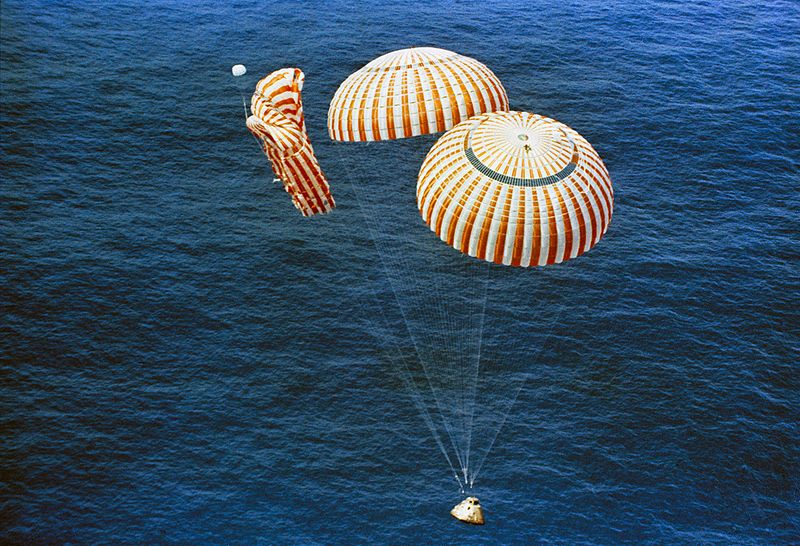 14
Has any spacecraft had a way for the crew to escape during reentry?
0
Why haven't backup parachutes been used for spacecraft?

4
What was the backup plan if apollo 11 failed?
43
How did Apollo missions solve the cosmic radiation problem?
13
Where are the Apollo forward heat shields currently located?
6
Did NASA have a term for the "sky" during the Apollo missions
74
Why did some Apollo missions carry a grenade launcher?
3
What is the cheapest possible way to land a crew of 2 on the moon?
4
Did any Apollo missions have enough fuel left to bring back the LM ascent stage?