What was the purpose of the small red tank attached to the Titan-Centaur launcher?

Watching a documentary on the Viking missions, I noticed the launcher had a small red tank/rocket attached to one of the solid boosters. It struck me as an odd feature/placement, as I thought you'd want your rocket to be balanced as symmetrically as possible. I've also not noticed this on other launchers.

You can just see it on this image - mounted on the right side solid booster: 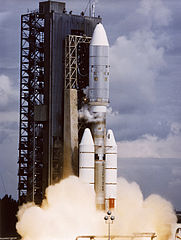 What is it and what is its purpose? Do other launchers use it?

Thrust vector control on the Titan solid rocket motors was accomplished by fluid injection rather than gimbaling the nozzles. Nitrogen tetroxide oxidizer was injected into ports around the circumference of the nozzle to alter the direction of the exhaust and control the vehicle.

THRUST VECTOR CONTROL SYSTEM: The TVC is used to maintain a proper vehicle flight path and orientation during the Stage 0 portion of the mission trajectory via signals from the Core Vehicle guidance computer. The desired flight profile is achieved by exerting side forces on each SRM by injecting a flow of gas, at a specified angle, at a defined velocity and for a calculated time into the SRM gas flow stream through the nozzle. The SRM nozzles are at a fixed angle and do not gimbal.

Flight control during the Stage 0 phase of flight is provided by a Thrust VectorControl (TVC) system in response to commands from the Titan flight control computer. Nitrogen tetroxide injected into the SRM nozzle through TVC valves deflects the thrust vector to provide control . Pressurized tanks attached to each solid rocket motor supply the thrust vector control fluid. Electrical systems on each SRM provide power for the TVC system. 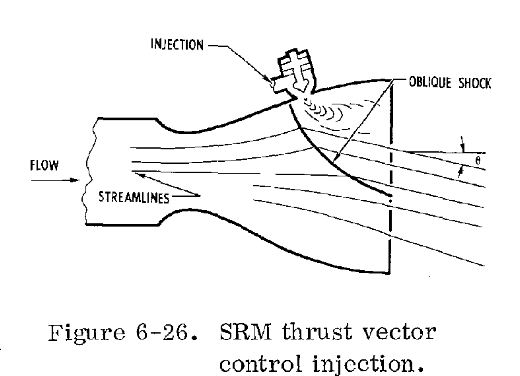 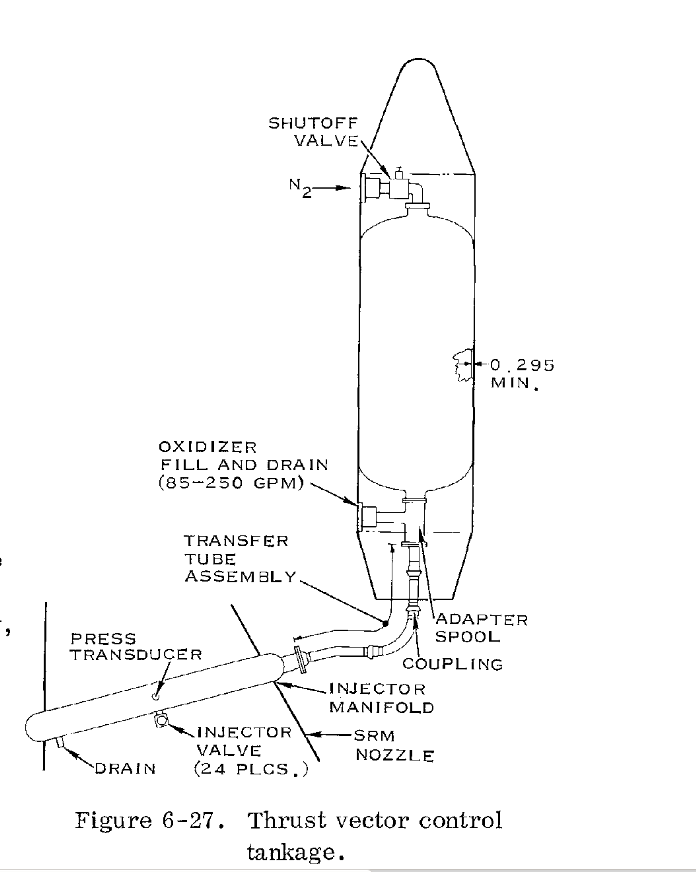 In regards to your comment about asymmetry of the booster, each SRM had a tank, mounted on opposite sides of the vehicle, so it's not as bad as it looks from that photo. 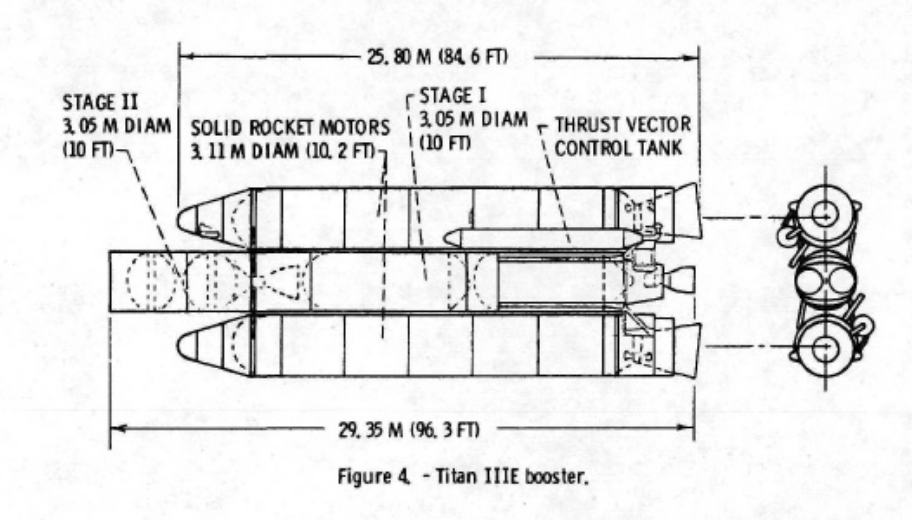 This thrust vector control method has been used by at least one other launcher, the Indian Space Research Organization's Polar Satellite Launch Vehicle. See Ohsin's answer at this question How does a single SRB control attitude? for more information.

Not the answer you're looking for? Browse other questions tagged rockets identify-this-object titan-rocket viking or ask your own question.

4
What is the "baby rocket" attached to the booster on this rocket?
28
Why does the Indian PSLV rocket have tiny boosters?
16
How does a single SRB control attitude?
6
Solid state thrust vectoring
2
What is the highest gimbal range ever used on an engine?

20
Why were Delta II SRBs asymmetrically mounted?
27
What is the purpose of the rotating dish antenna on the ISS
14
Why are rocket mass on the launch pad and payload mass to LEO not strongly correlated?
14
What are these tiny triangular fins on the Soyuz launcher?
5
How was the Centaur stage fueled in the Space Shuttle?
9
What are the small red cylinders used for on the bottom of the Soyuz Launch vehicle?
11
What does this SpaceX tweeted photo show and what causes the pure red and blue color?
0
Was the Titan SRM thrust vs time curve engineered to allow for acceleration switches to initiate staging sequence events?
1
What is the purpose of the pairs of cylinders on the interstage of PSLV?