Where will SpaceX build and launch the BFR?

SpaceX are planning a new very heavy launch vehicle called BFR. Although the site of manufacture has not been finalised yet (as far as I know), everyone seems to assume it will be on the east coast. Does this mean that launches will be made across the US mainland? I thought the reason for choosing Florida as a launch site was because as well as being in the far south launches can also take place out into the Atlantic Ocean rather than over land.

Gwynne Shotwell was speaking at a conference and said that at least initially they will be leasing land in Los Angeles near the harbour to build the first BFR units. She specified that the cost to move power lines/lights/trees and so on would be too high to build it at the current factory.

It has been noted by fans that the doors on the factory at Hawthorne are large enough to get the tanks out, if made there. It might be possible that initial very early builds would be built at Hawthorne, until a harbour located factory is complete.

The BFR/BFS (Big Falcon Rocket, sometimes called BFB, Big Falcon Booster, aka the first stage, and Big Falcon Ship, aka the second stage) are quite large and the easiest way to move them is either by water, or else for themselves to self ferry.

The theory is that wherever the main launch site ends up being, is the most likely place to actually build them.

The Raptor engine is dimensionally fairly close to the size of a Merlin engine, and SpaceX knows how to make a lot of Merlin engines in a year.

The Raptor engines are small enough to transport and almost certainly will be built in the existing facilities in Hawthorne, CA. They will be trucked to McGregor, TX for testing where the test cells are already built. 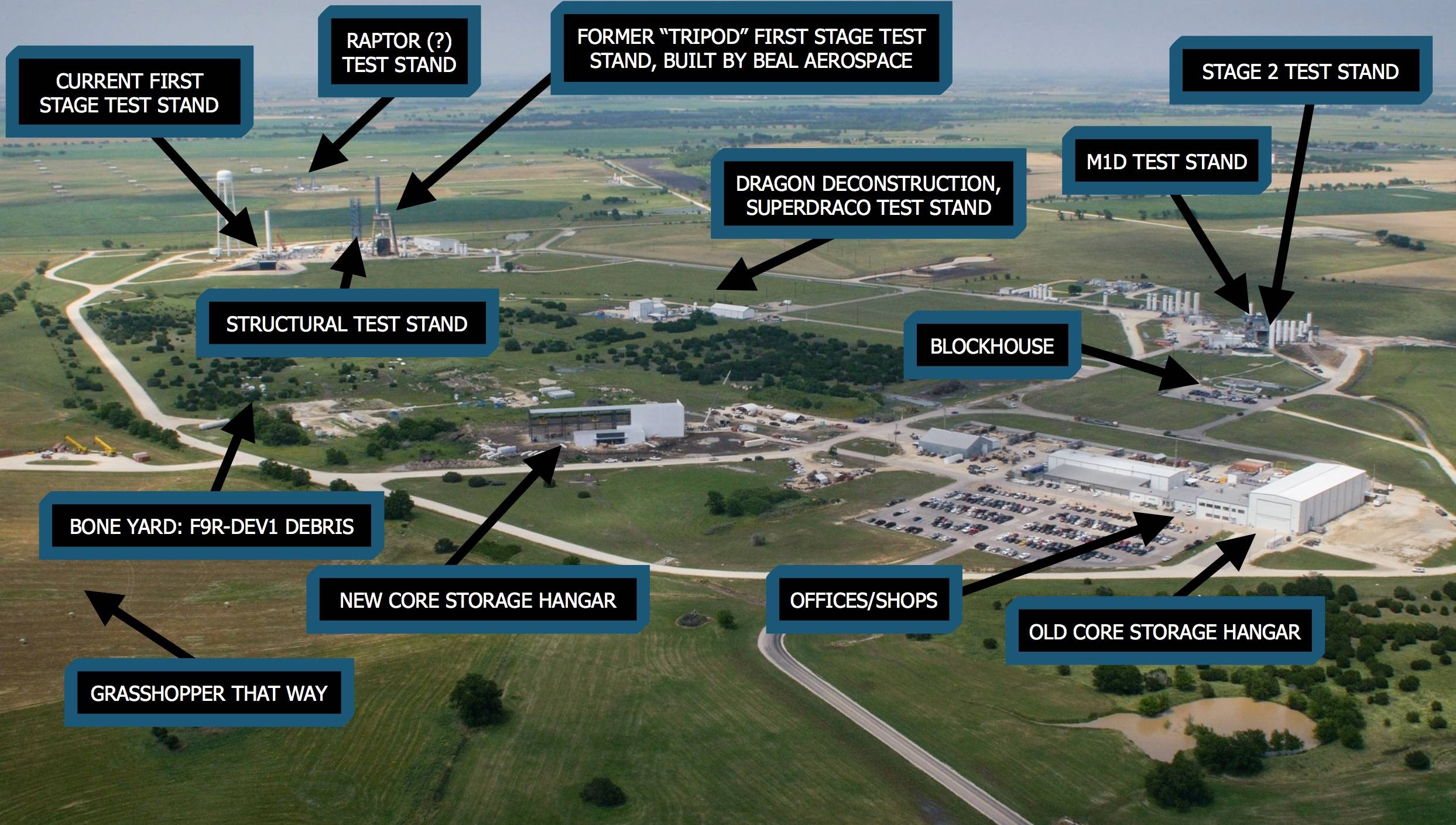 And the Raptor test site. 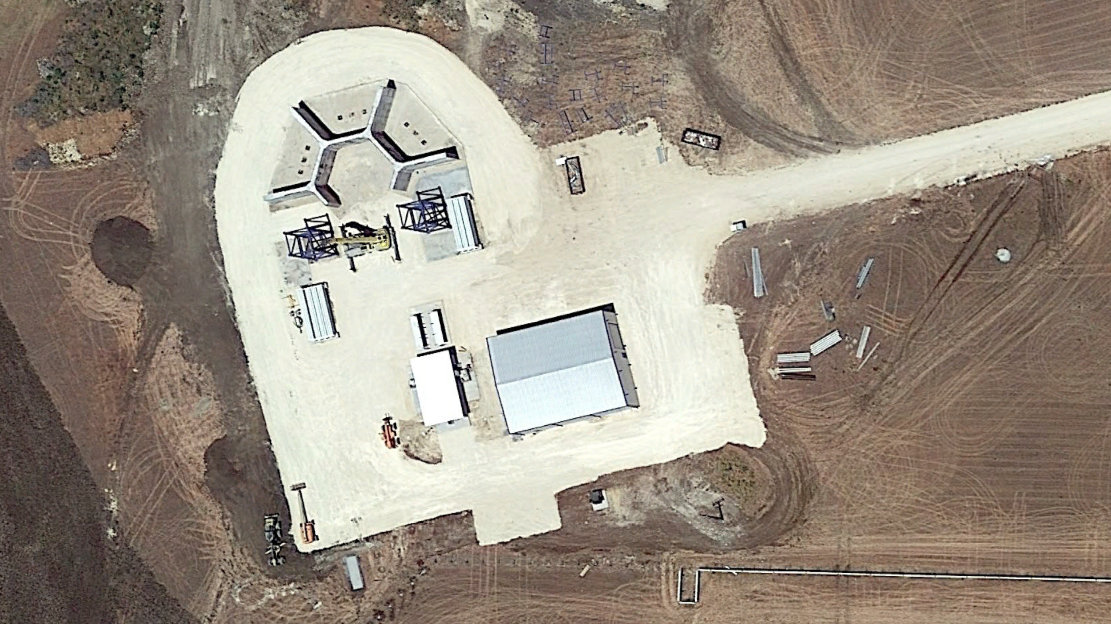 Gwynne Shotwell also stated that Boca Chica/Brownsville, TX site, currently thought to be developed as a Falcon 9 launch site for GEO orbital launches only (Florida is in the way for LEO missions, cannot overfly easily) was their initial test site for boosted hops.

The general consensus seems to be that the initial low mass test hops of each stage will likely happen at Boca Chica/Brownville, but never fully fueled as that would violate the Environmental Assessment that permits launching from there.

That is, like Grasshopper at McGregor, they would build initial versions of each stage, fuel them lightly, and practice hovers, hops, and other steps up to flight reducing risk and ensuring everything is working as expected.

In terms of regular flights, per the IAC 2017 videos, it is clear they would launch and land at offshore facilities, to avoid the need for building launch sites. Landing and launch sites are intended to be the same, with the BFR/BFB landing right back on its launch mount, and the BFS landing on a pad, within crane reach. That video is probably more theoretical than instructional, but it hints at the thinking at that time

In terms of other sites, LC-39A is a possibility for launches on land, as it is almost large enough to handle the thrust, but it would mean losing manned mission access for Dragon to ISS while it is being modified.

I don't know where construction of BFR will be done, but according to this question, SpaceX is planning to fly the BFR off of launch complex 39A at Cape Canaveral (at least initially).

The way your question is worded is a little puzzling; this is on the east coast of the US, which is what allows it to launch to the east without flying overland.

As of 6/4/2018 the primary build and launch site will be a large portion of the Port of LA. It's currently under construction after a buy out and removal of hundreds of shipping containers and container cranes. All to make room for BFR infrastructure.

Not the answer you're looking for? Browse other questions tagged spacex launch-site spacex-starship spacex-super-heavy or ask your own question.

19
Was LC39A built with a rocket much larger than the Saturn V in mind?

6
What is the highest inclination orbit ever attained from a Cape Canaveral launch?
5
Are the SpaceX boosters slated to return to their launch site or somewhere downrange?
5
Would it make sense for SpaceX to launch from Boca Chica and land in Florida (or somewhere else)?
12
With SpaceX running multiple launch sites, how are their launch teams structured?
7
Possible places for a launch complex in UK and continental Europe
11
How far south can one see a rocket launch from Cape Canaveral, Florida?
8
What is the turnaround time for SpaceX's barges?
7
Would it be beneficial to land Falcon Heavy's side boosters on droneships too?
12
Why couldn't the (original) Dragon land in the Atlantic?