Why do astronauts spend a night at a hotel one day before the launch? How did they board the Shuttle

I heard somewhere that it was some sort of a tradition for astronauts to spend one night at some kind of hotel. As far as I know, astronauts and cosmonauts ride in a bus down to the launch site, where an elevator or lift takes them to, a jet Bridge? That takes them to the hatch of the orbital module, which is above the main module that comes down to Earth upon re-entry. Is this the same for sboarding space shuttles?

You are describing the Soyuz launch rituals. You left out urinating on the bus tire, though.

Shuttle was a bit different. The crew would have been in quarantine for several weeks before launch in Houston. They traveled from Ellington Field near Johnson Space Center to Kennedy Space Center in the NASA T-38 jet trainers. This is the STS-135 crew departure. 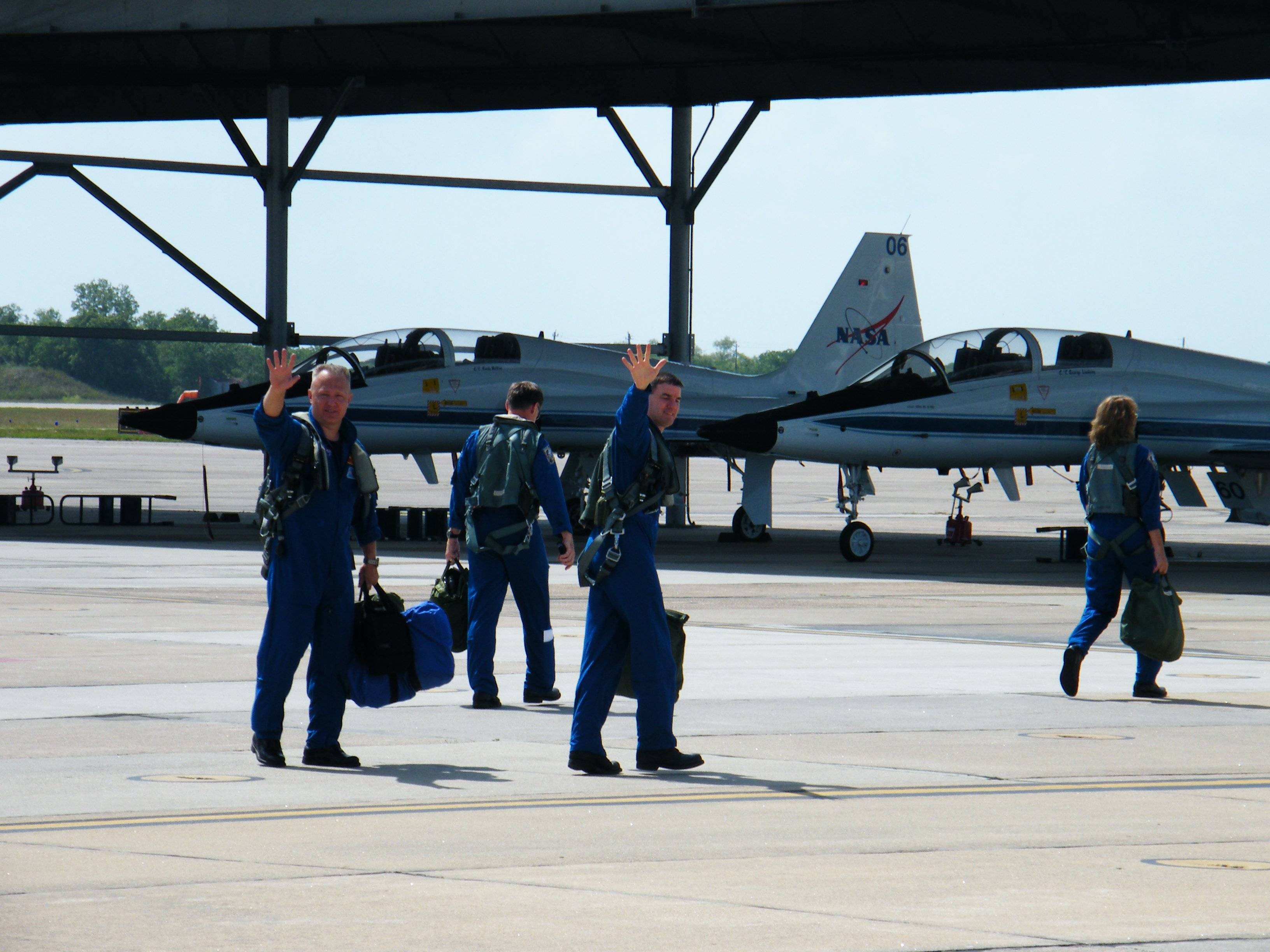 After traveling to the Cape, the last few days were spent in quarantine in the astronaut "beach house" on KSC property. On launch day the crew is taken to the KSC Operations and Checkout building to get suited up.

This is the STS-124 crew at the Astrovan which is parked in front of the O&C building. This was for a countdown rehearsal event, but it looks the same as launch day. The Astrovan was a modified 1983 Airstream motorhome. 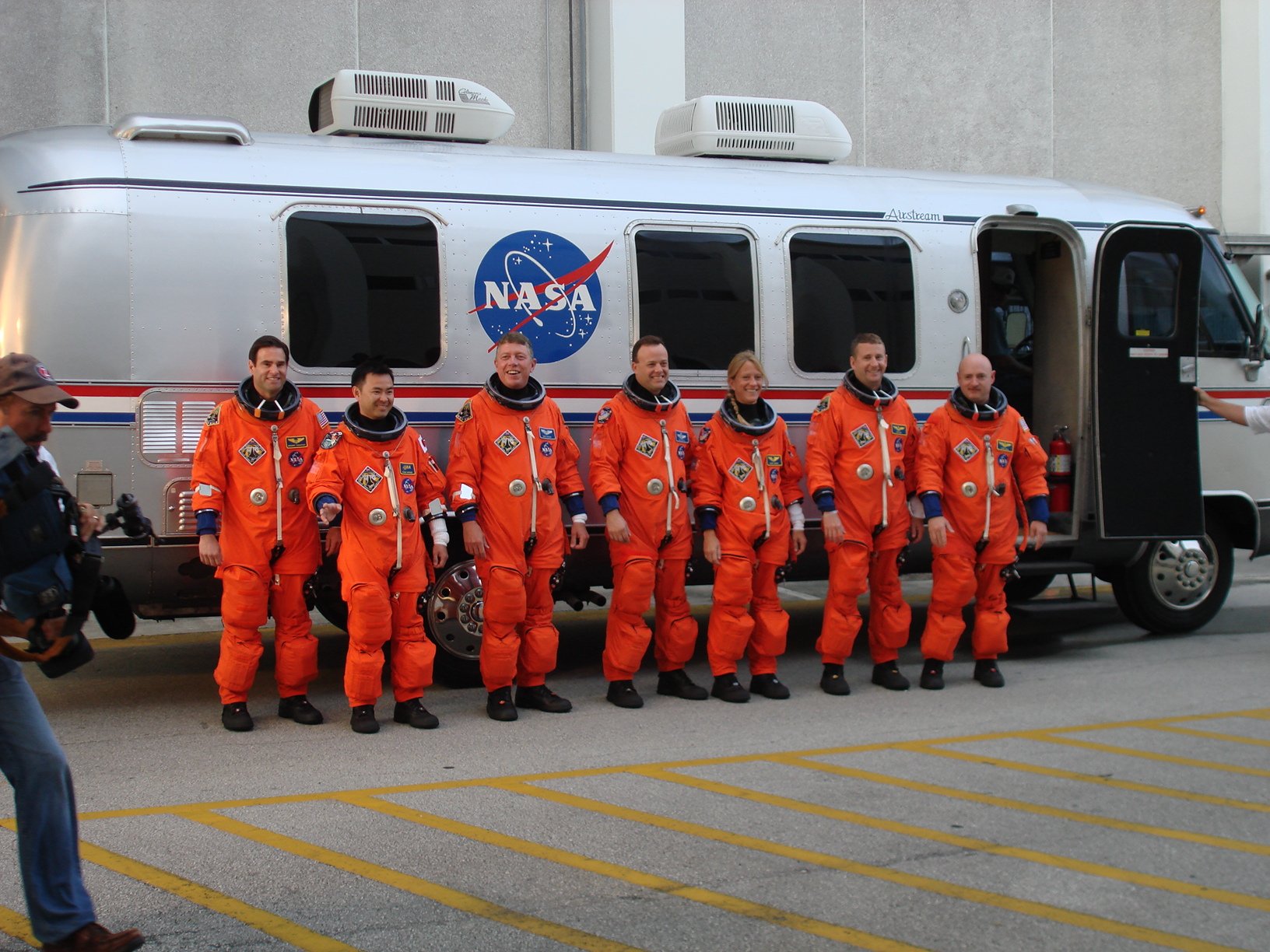 The crew then rode on this Astrovan to Launch Complex 39, rode up on the elevator through the gantry, and entered the shuttle through the Crew Access Arm aka White Room. Crew ingress was about 2 hours and 45 minutes prior to launch.

This is the inside of the "arm" part of the Crew Access Arm. Notice the yellow and black markings painted on the grid floor to aid crew egress in the event of an emergency. View direction is from the White Room towards the gantry. 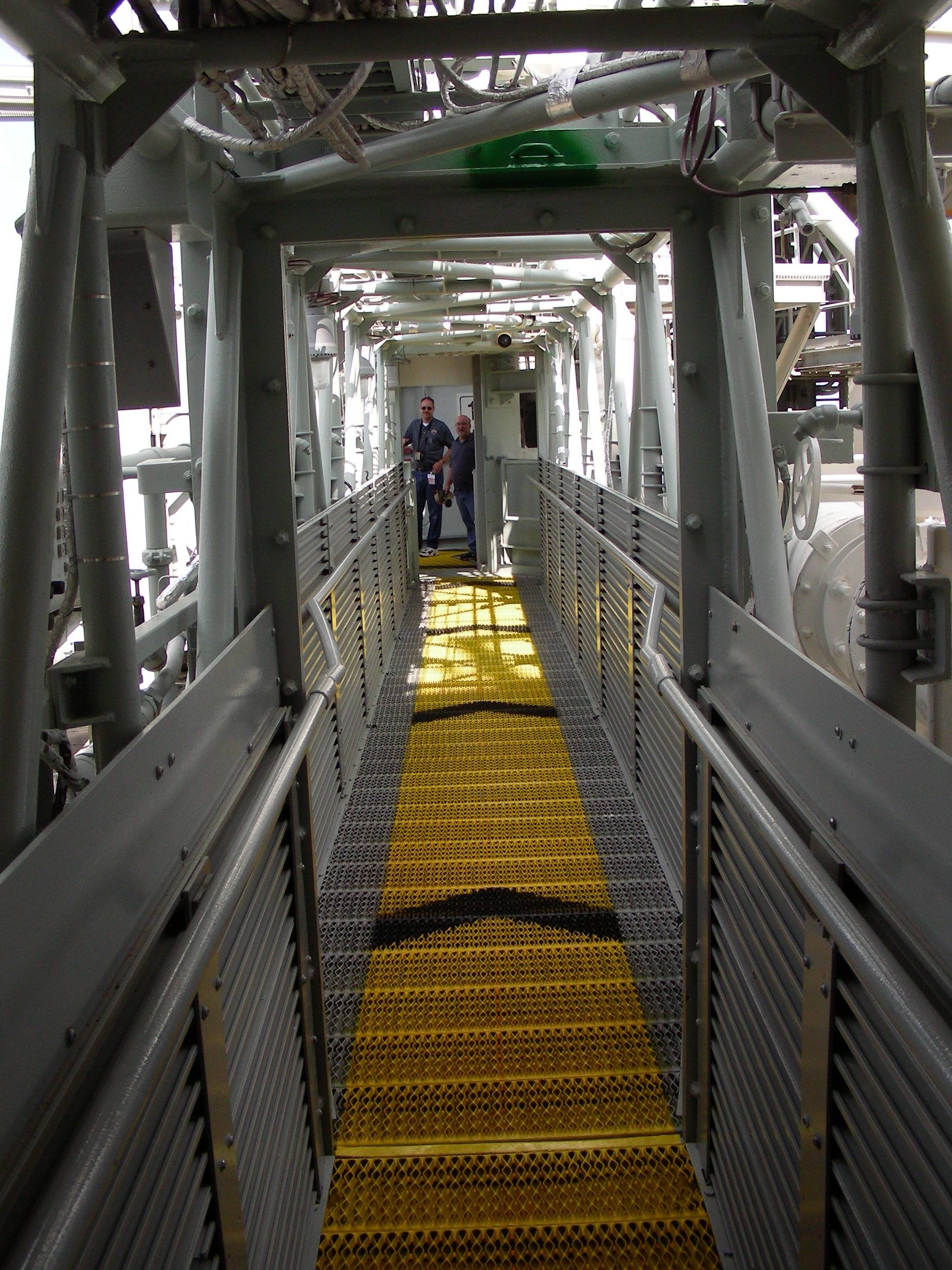 This is the outside of the White Room and the Crew Access Arm. 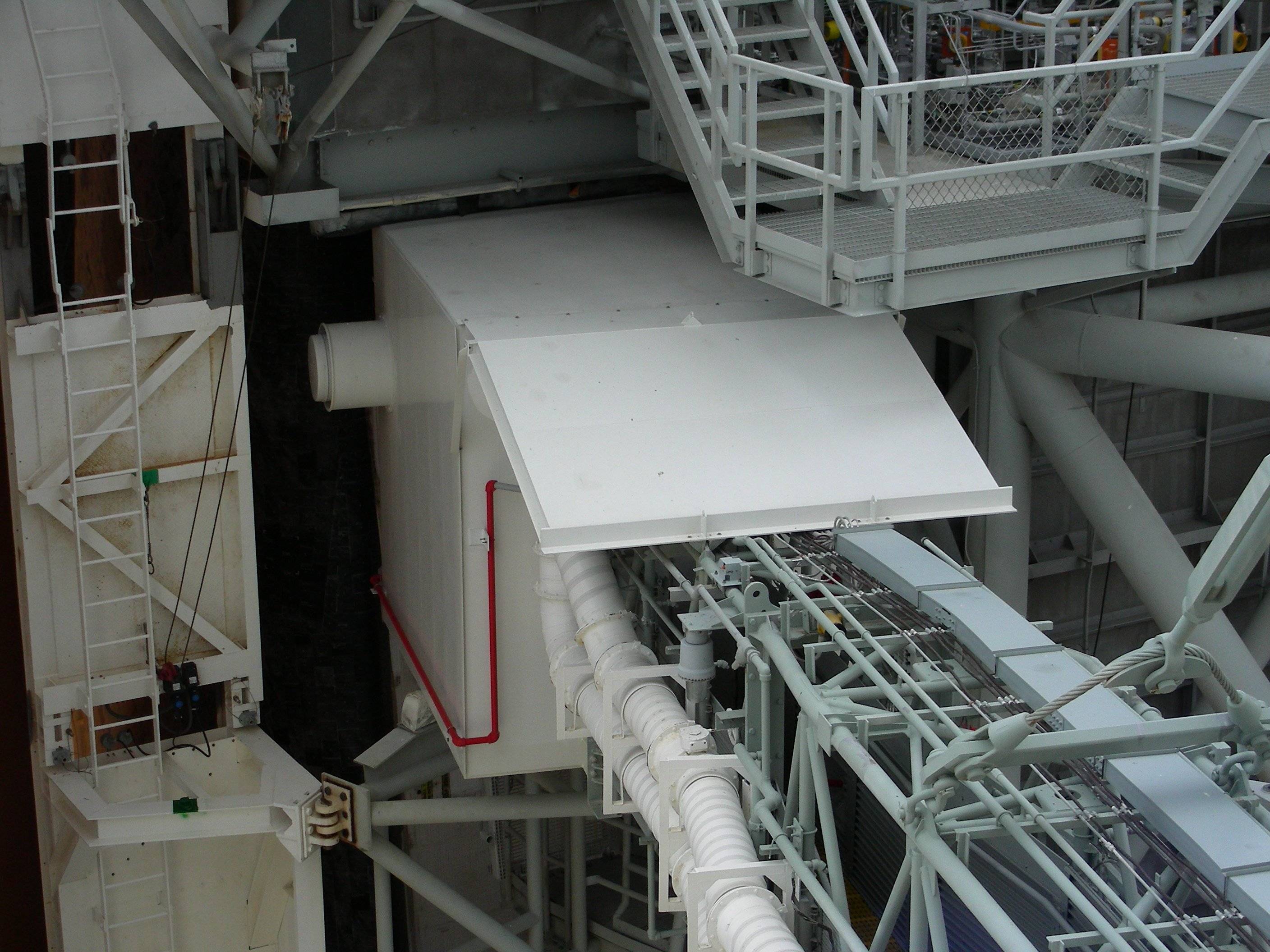 This is the inside of the White Room. 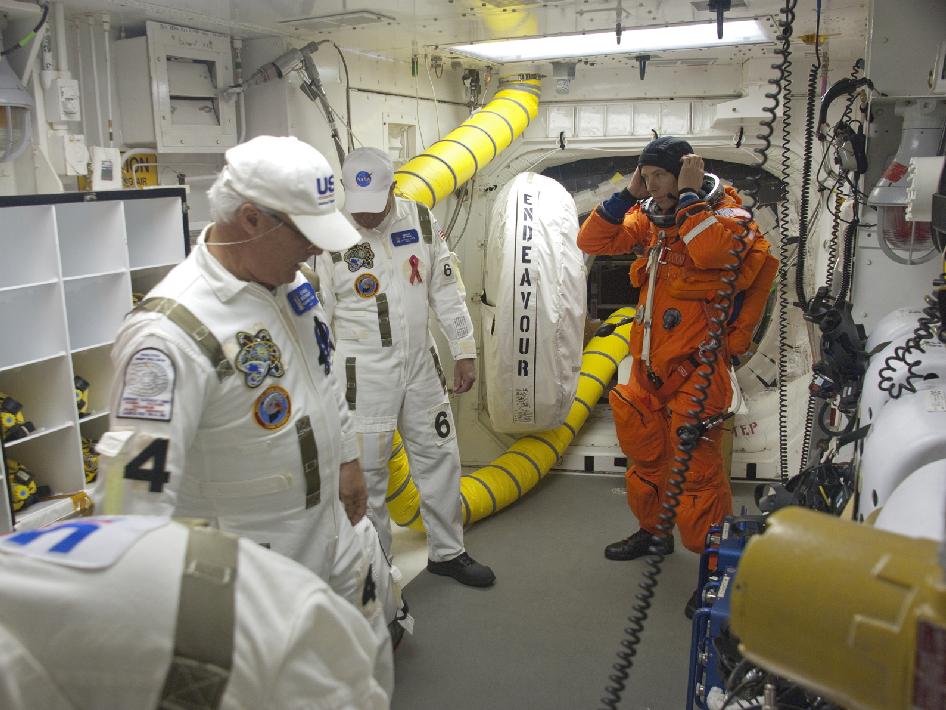 Technicians in the White Room helped the crew with final suit prep and other activities. The crew were then "installed" in their seats by Cape Crusaders (technically Astronaut Support Personnel - ASPs), other astronauts who helped them get into the seats, connect the harnesses, wiring, etc.

Climbing into the seats while encumbered by the suits could be challenging because the Orbiter is in the vertical orientation. The door of the toilet compartment served as an ingress platform. The commander and pilot climbed into the front seats using permanent and removable handholds.

The last person out of the shuttle before launch was the lead Cape Crusader.

The White Room technicians would then close and lock the side hatch.

The crew access arm (including the White Room) was retracted at 7 minutes 30 seconds before launch. If it needed to be put back for crew escape in the event of an emergency, that could be done in 15 seconds.

All photos are by me except the inside of the White Room.

Not the answer you're looking for? Browse other questions tagged rockets space-shuttle soyuz-spacecraft or ask your own question.