What is the cause of this Falcon 9 first stage “dance” after landing?

Recently I watched a video on YouTube by Scott Manley: How To Do A Hoverslam - Things Kerbal Space Program Doesn't Teach. It deals about landing burns of Falcon 9 first stages. It features short clips of stage actually moving on barge left and right. To illustrate I provide links to video at relevant times:

The first stage moves on the barge and I was trying to determine the cause. The captions say it is May 2016 landing. I checked the Falcon 9 launches and there were 2 launches in May. May 6th was a night landing, so we can rule that out and May 27th. I tried to find other videos of these landings but none show this movement. I thought of bad weather and high seas of being the cause of this movement, but... the barge does not list enough for rocket to skid and also I think It would tip over before sliding. In some moments it looks like it almost lifts up a bit. My other guess is that the rocket is already suspended on a crane. But I have found no video evidence. Can somebody with a bit more insight explain this movement?

The movement comes, as you guessed, from the ASDS (autonomous spaceport droneship) moving in the seas. Although the sea might not look rough, one can easily underestimate the scale of the ASDS and the F9 booster.

Further worsening the situation, the Falcon is relatively light (~30t) after landing. Since it's basically a 50m high building sitting on four legs, it's prone to toppeling over. The legs prevent the rocket from falling over, but it still gains momentum and starts to slip as a consequence.

To prevent the booster from slipping of the ASDS, SpaceX developed a robot called 'Xoomba' (it looks a bit like a roomba: https://i.imgur.com/NGJhptw.jpg). It grapples the rocket and lowers it's center of gravity to secure it to the ground.

First up, holding onto the BulgariaSat-1 mission's booster on heavy seas. This is the first (And as of Feb 2018) only use of the Xoomba in the field. 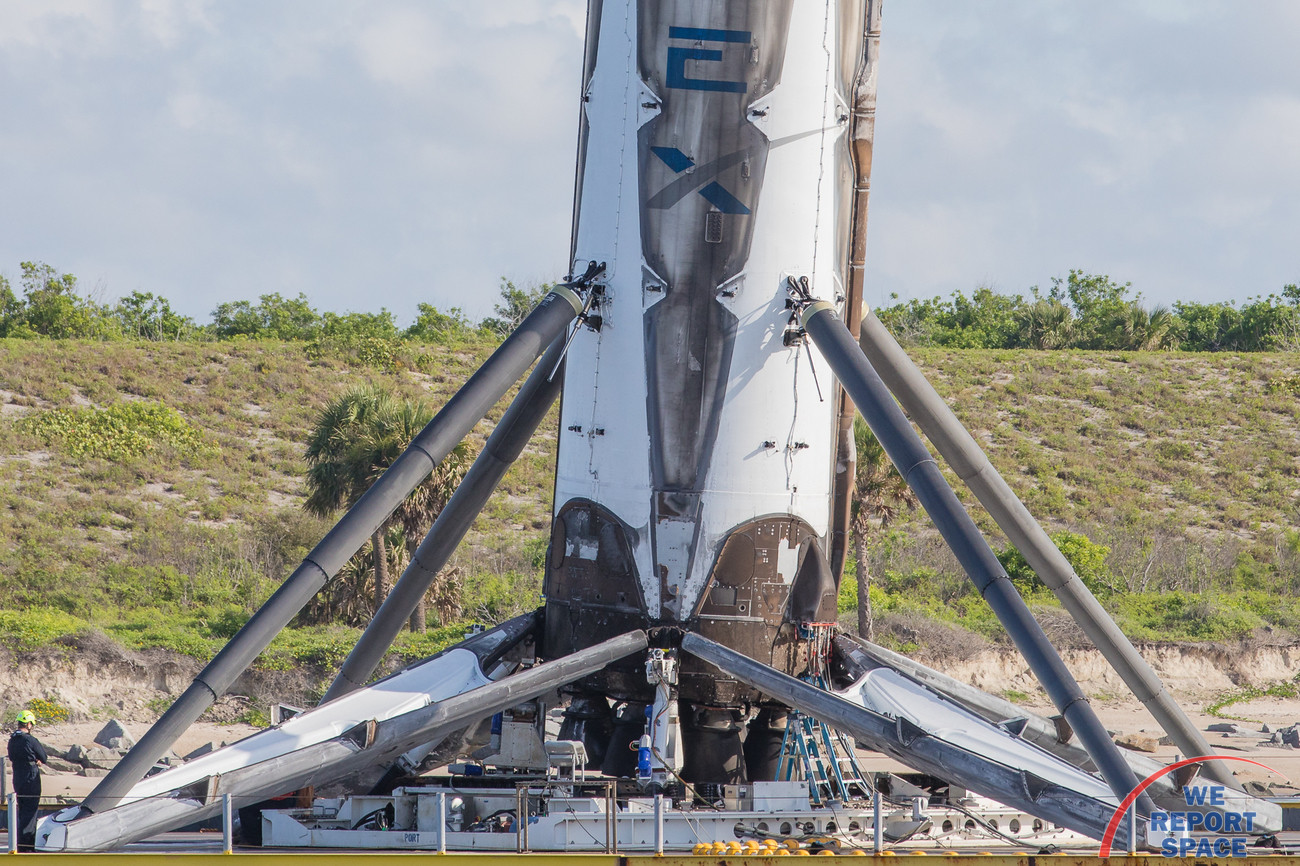 Part of the reason for not using it on further missions is that the SES-11 booster after it landed, leaked some fuel, and started a fire on the deck, which apparently toasted the Xoomba as you can see in the next picture. 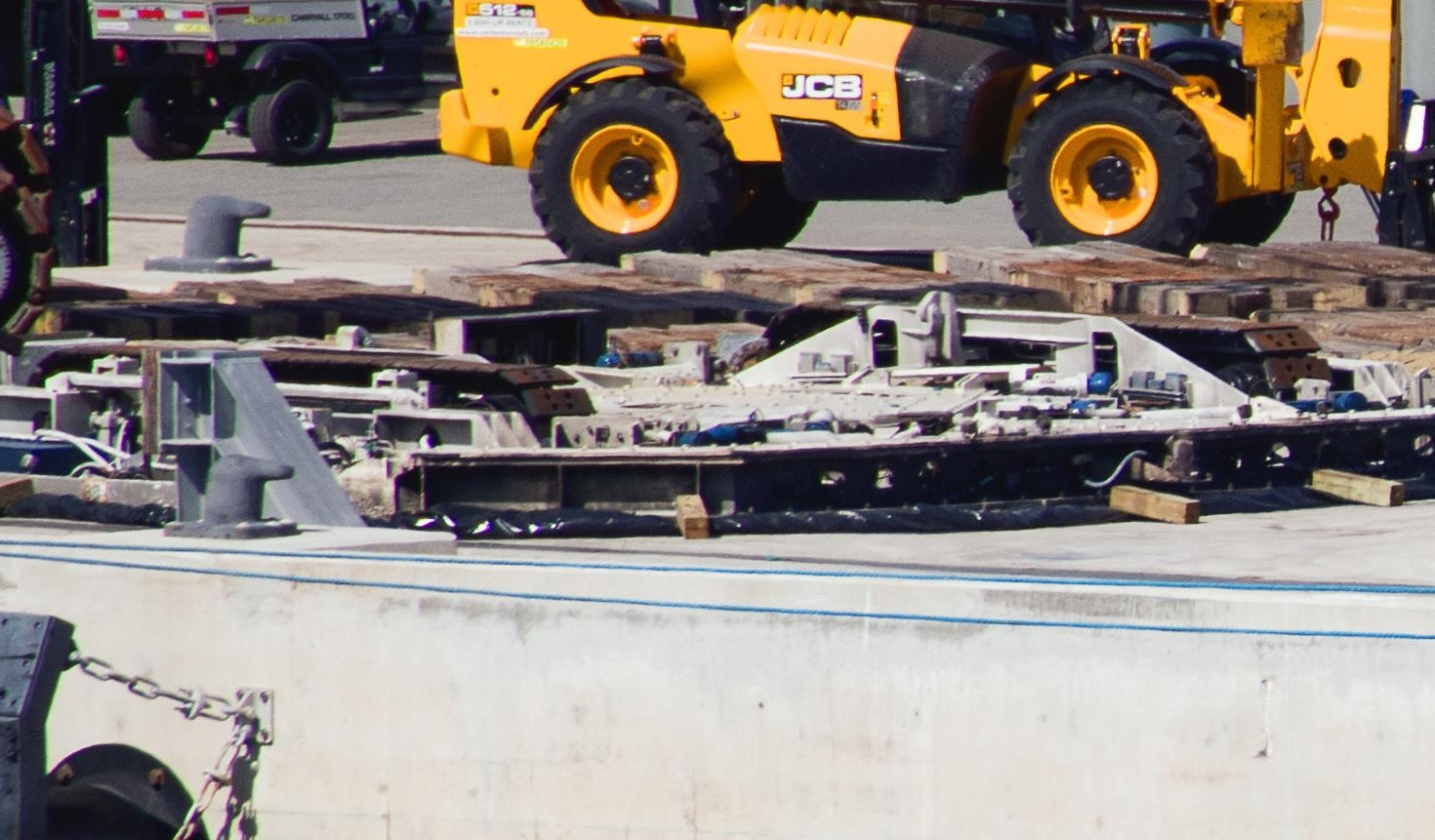 Here are a couple of pics, first showing the grabber arms (Sometimes it is called an Octo-Grabber, since they grab the OctaWeb connect points on the base of the F9.). 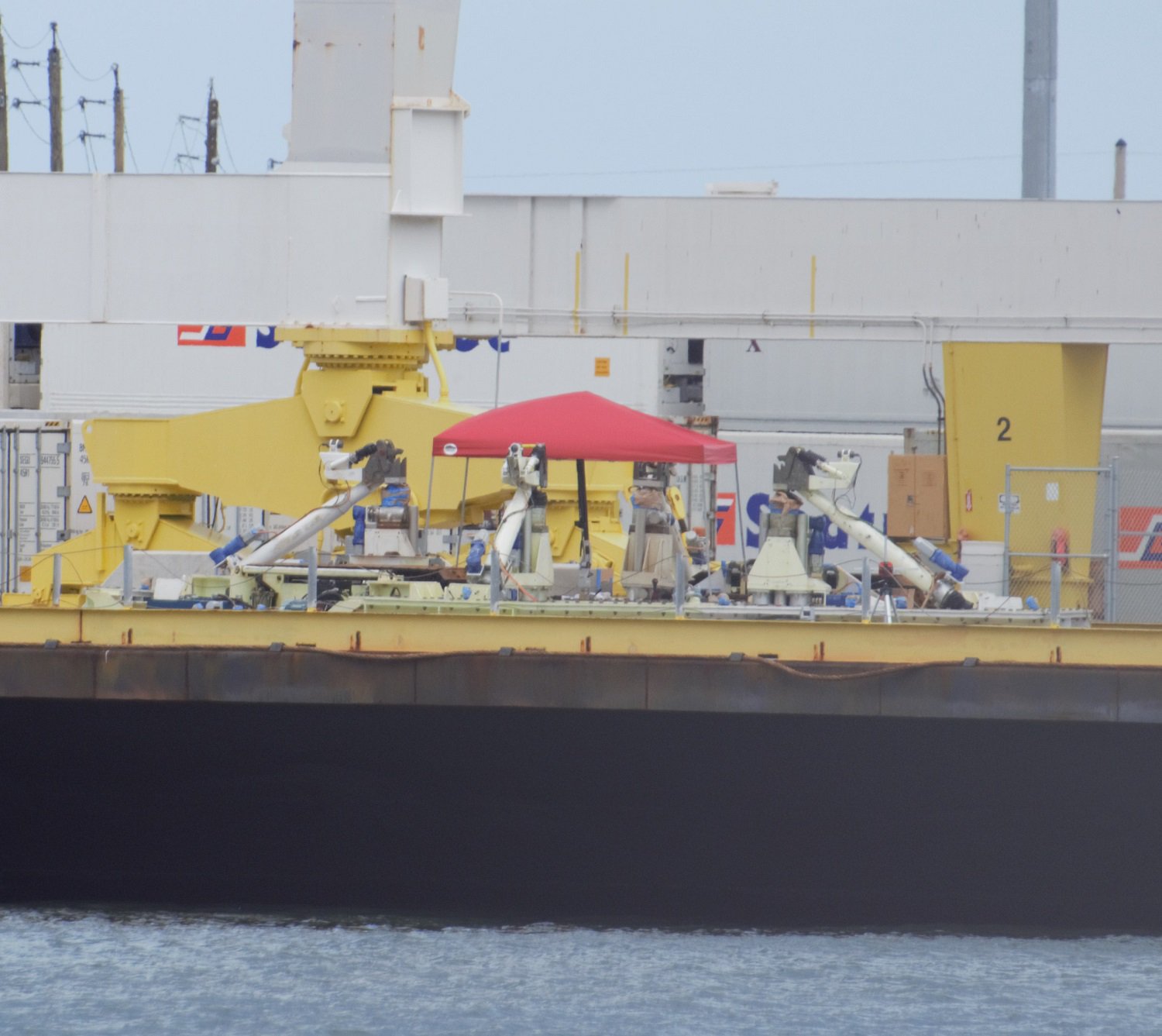 Here is a profile view, sitting on the deck. 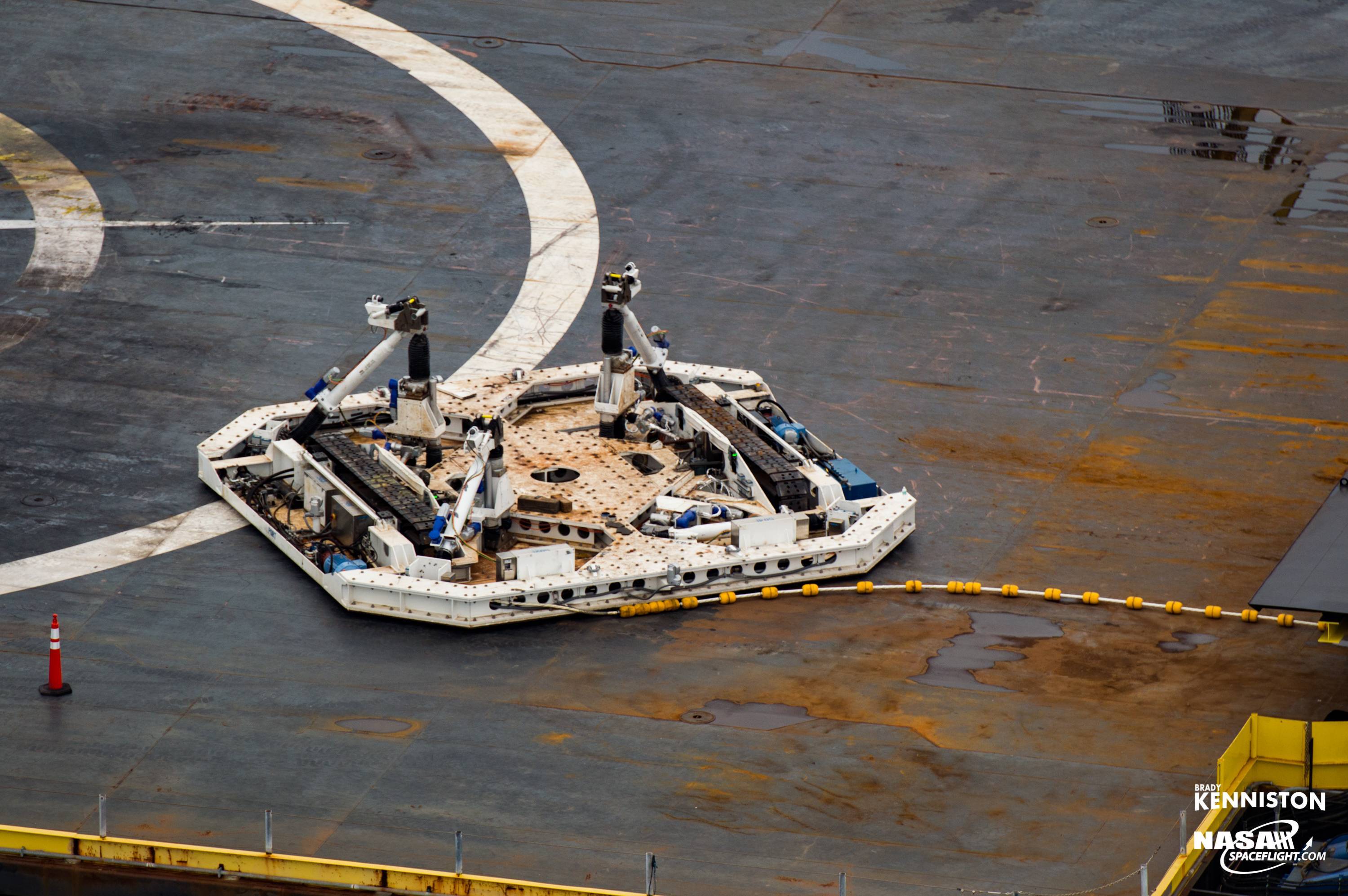 According to this and this article it is the Thaicom 8 mission (until now I always thought that it is from the BulgariaSat mission). They say that a radar glitch damaged landing legs.

If Falcon 9 had three legs, you could slightly bend one and it would be still stable. But as it has four legs, it becomes unstable and starts to swing, as if you had a table which has one leg shorter.

The sliding from one side to another I explain by tilting of the droneship. Normally the friction between the legs and the board would be enough to hold Falcon even on a tilted droneship. But now the rocket swings slightly, which generates enough momentum to overcome the static friction and Falcon starts to slide.

The fact that you cannot see it on another video is a pure PR, I guess. With the exception of crashes, SpaceX seems to keep failures for themselves: for example the BulgariaSat landing, which almost ended by failure, was never made public. (Post-landing and tell-tale scorch mark images shown in this question)

Not the answer you're looking for? Browse other questions tagged spacex falcon-9 landing reuse droneship or ask your own question.

0
From which direction was the Falcon 9 1st stage's landing approach (BulgariaSat-1)?