What are the main problems with magneto plasma dynamic (MPD) thrusters?

Is there any planned mission which will use MPD thrusters? 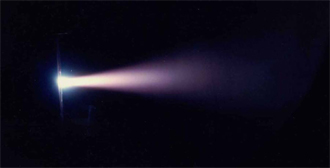 An MPD thruster in action

According to this Princeton page, MPD's could prove an exhaust velocity of up to and beyond 110,000 m/s - which is triple the value of current xenon-based ion thrusters. So yes, it would be great for space applications.

Here's the problem: The crazy things take a lot of power. As in a lot. Here's the gist of the problem, from this paper:

The MPDT has demonstrated its capability of providing specific impulses in the range of 1500–8000 sec with thrust efficiencies exceeding 40%. High efficiency (above 30%) is typically reached only at high power levels (above 100 kW); consequently, the steady-state version of the MPDT is regarded as a high-power propulsion option.

When the thruster is operated below 200 kW, the self-induced magnetic field becomes only marginally sufficient to provide the desired body force, and external fields are frequently added to enhance performance in this range.

Of course, spacecraft wouldn't be able to add the external field in an efficient manner - at this point, it would be more power efficient to use another option.

In addition to the present unavailability of high power in space, the cathode erosion rates of the steady-state MPDT (which can be as high as $0.2\frac{\mu g}{C}$), have slowed the evolution of steady-state MPDTs toward flight applications.

There is still hope, though, in the form of a varied system - a steady-state MPDT, called the lithium Lorentz-force accelerator (Li-LFA): 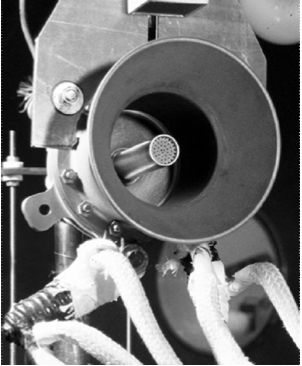 The lithium Lorentz-force accelerator ($\rm{Li}$-LFA) uses a multichannel hollow cathode and lithium propellant to substantially reduce the cathode erosion problem while significantly raising the thrust efficiency at moderately high power levels. For example, a 200-kW $\rm{Li}$-LFA has demonstrated essentially erosion-free operation over 500 hr of steady thrusting at 12.5 N, 4000 sec $I_{sp}$, and 48% efficiency. Since no other electric thruster has yet shown such a high power processing capability, the $\rm{Li}$-LFA is at the forefront of propulsion options for nuclear-powered deep-space exploration and heavy cargo missions to the outer planets.

The paper is a great resource on the subject - there are many more nice little gems in it that I didn't cover here. Highly recommended!

Not the answer you're looking for? Browse other questions tagged propulsion magnetic-field magnetoplasmadynamic or ask your own question.

18
Why aren't there any space tugs in use?
10
What is the performance of ion thrusters in actual deployed spacecraft?
2
Usages of electric propulsion versus chemical engines
11
What is the highest power output ever achieved with an ion thruster?
5
Is there any application for very low thrust engines within atmosphere?
2
What is the most energy efficient & inexpensive propulsion system other than chemical fuel oxidizer that could be used in rockets?
1
Looking for fuel mass per kg payload data for Ion drives
3
Why might krypton have a lower utilization fraction than xenon for ion propulsion, and what can be done to improve it?
1
What are all the kinds of electric propulsion that don't qualify as ion propulsion in standard spaceflight lingo?
2
Has Demonstrator-1 2021-006BX demonstrated a hydrogen-oxygen combustion engine fueled by electrolysis yet?