How was Enterprise held/released from the carrier 747 for the Shuttle approach and landing tests?

Related to my other question: What are the benefits of using pyrotechnics on spacecraft?

When the Space Shuttle was first flight tested (Enterprise approach and landing tests) it was released from a mount on top of a specially modified 747. How was that release mechanism designed? Was it based on NASA standard initiators, or did it use some sort of non-pyrotechnic latch?

The mount on the top of the 747 (the Shuttle Carrier Aircraft) for the drop tests was very similar to the one used throughout the program for ferry flight. The major difference was that the legs on the forward support strut for the drop tests were 13 feet long instead of the normal 8.5 feet long used for ferry flight, and included a fairing/drag strut on the aft of each leg. The extra length was to pitch the Orbiter up relative to the SCA to aid in vehicle separation.

You can compare the drop test and operational forward attach in these photos. 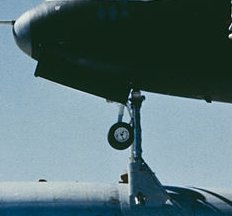 Both mounts interfaced with the Orbiter in the same fittings that it used to be mounted on the External Tank for launch.

The release mechanisms were indeed pyrotechnic. From the Approach and Landing Test Final Report:

One problem was discussed

Pyrotechnic functions that were required to operate did so normally. These consisted of (1) actuation of the strut that assisted the hydraulics in deploying the nose landing gear and ( 2 ) carrier aircraft / orbiter separation. Shock from the separation system explosive bolts caused the electrical connector to be damaged during separation. On orbital flights, the orbiter / external tank separation system electrical connector will be replaced after each flight . A potential problem identified prior to flight 1 was that, with a single-point failure, a pyrotechnic initiator controller at the forward or aft attach points could fire when armed without the "fire 1" or "fire 2" command being present. To preclude this possibility, modifications were made on the pyrotechnic initiator controller separation circuits so that, even with a failure, a controller would not operate prematurely. 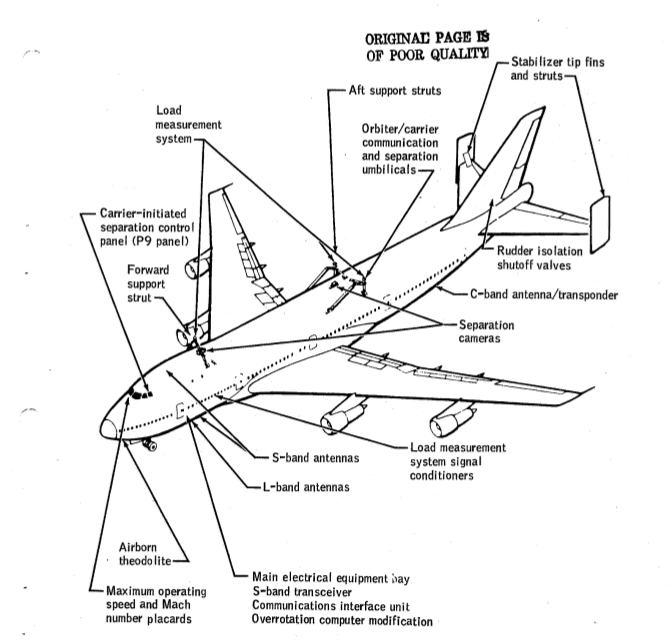 8
What are the benefits of using pyrotechnics on spacecraft?
4
Were the landing gear doors closed during the Approach and Landing Tests?
4
Could the Space Shuttles other than Enterprise easily do drop tests from the Shuttle Carrier Aircraft?

19
If the Space Shuttle missed its landing approach, what could have been done?
8
What are the benefits of using pyrotechnics on spacecraft?
3
How much fuel/oxidizer was held in the piping of the Shuttle orbiter?
22
What was the Shuttle Carrier Aircraft escape tunnel?
31
How was the Shuttle loaded and unloaded from its carrier aircraft?
4
Were the landing gear doors closed during the Approach and Landing Tests?
7
Why was the shuttle landing crosswind limit reduced for longer missions
19
How 'space ready' was space shuttle prototype Enterprise?
6
Premature detonation of explosive bolts when landing on hot Venus?