Space Station in atmosphere with continuous reboosting to preserve orbit

I recently watched the series Altered Carbon. In that series, they showed a floating space station called "Head in the Clouds". 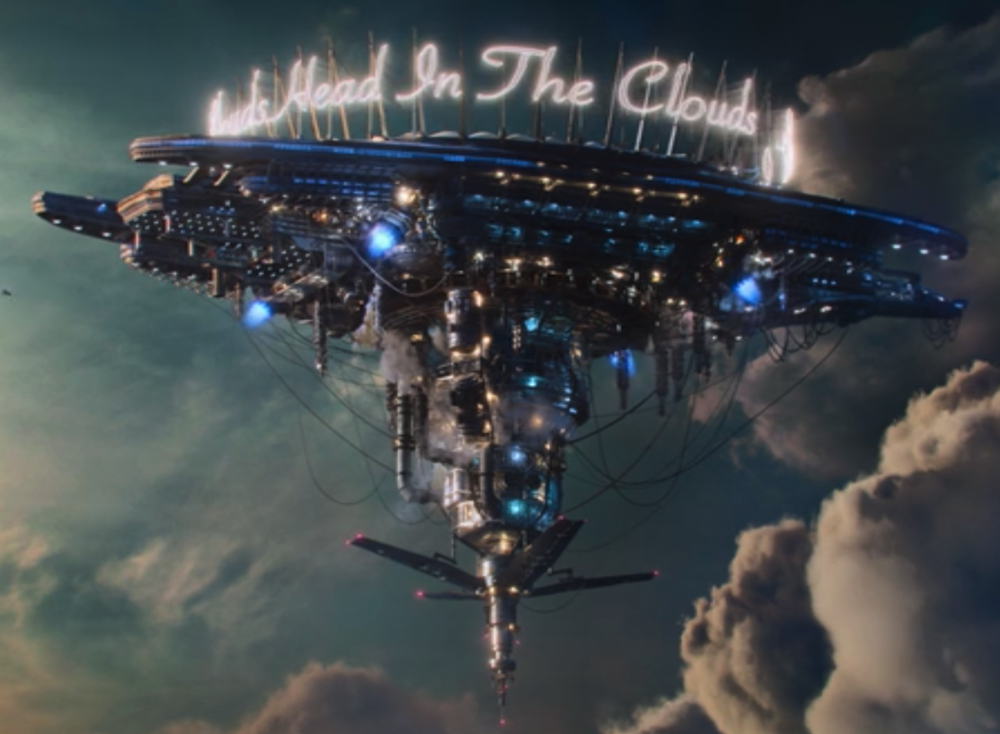 There is a blue sky here, even clouds. This would imply a height of <15km. It seems to be kept up solely using thrusters.

Let's say we want to put a space station into orbit at 18km. The orbital speed at this height would be 7.9km/s. However, it would suffer orbital decay. Even the ISS does at a height of ~400km, and according to Wikipedia altitudes below 160km will suffer "very rapid orbital decay"Wikipedia.

5
Orbital altitudes, are some better than others and why?
39
Why are the GPS constellation satellites in such a high orbit?
8
What are the characteristics of the Earth's atmosphere near the Karman line and why?
8
Does it even make sense to talk about Mercury's triangular libration points (L4, L5)?
9
Teleporting an object into geosynchronous orbit
2
Ideal shape for a long, skinny reaction mass for LEO to cis-lunar and beyond? (a “space rail gun”)
5
What could a High Earth Orbit be used for in practice?
1
Getting from LEO to a station in geostationary orbit and docking with it using a Hohmann transfer?
4
Station-keeping delta-v per year for an Earth-Moon vanilla halo orbit?
2
What is the acceleration in an orbit decaying due to air resistance relative to one not decaying?