How was the Centaur stage fueled in the Space Shuttle?

The Space Shuttle had the ability to launch Centaur booster stages stored inside of the Shuttle during launch. How was this stage fueled, being fueled with cryogenic fuels?

It was filled through the "T-0 umbilicals" (referring to the time of disconnect).

LO2 through an umbilical on the Orbiter boattail, LH2 through one in the midbody. 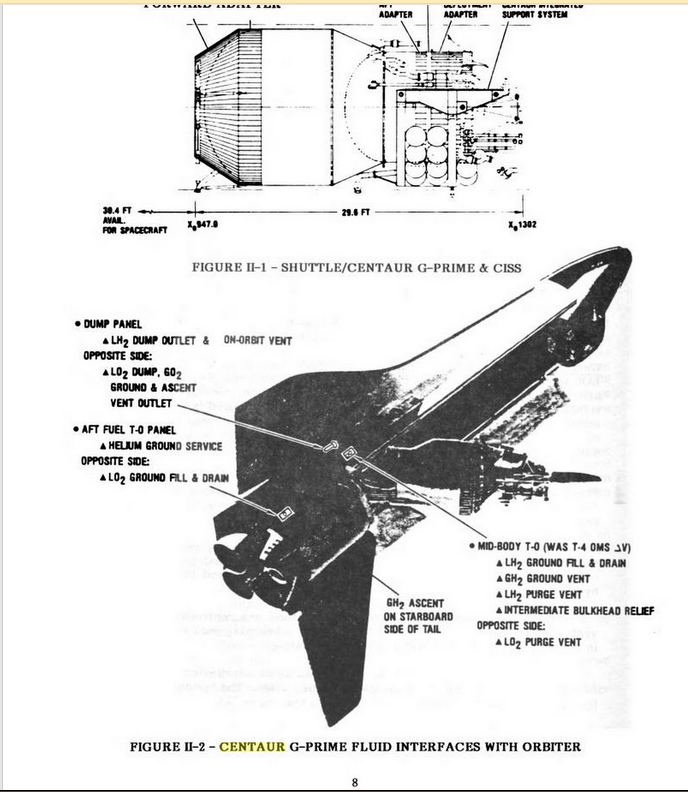 This schematic shows the plumbing from the umbilicals to the Centaur through the CISS (Centaur Integrated Support System). 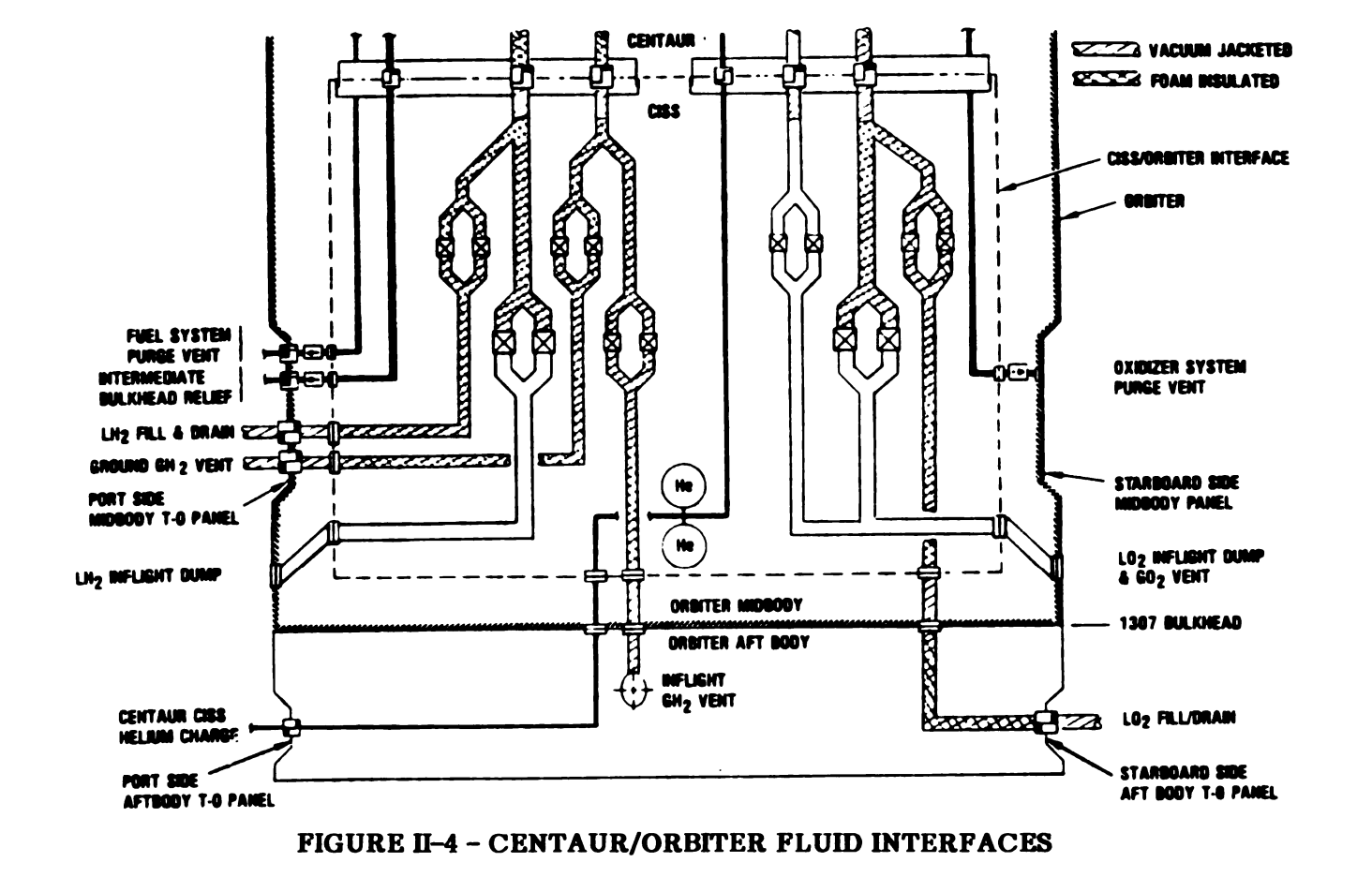 Challenger and Atlantis were modified to accommodate Shuttle-Centaur (providing ports from the exterior of the orbiter leading to the interior payload bay); the Centaur Integrated Support System (CISS) in the payload bay provided the plumbing from the orbiter to the Centaur itself.

The CISS provided all of the mechanical, electrical, and fluid interfaces between the Centaur and the shuttle. The CISS not only supported the Centaur during space shuttle flights, it also provided the means to control and deploy the Centaur. With the cargo bay doors open, the CISS would rotate (pivot) the Centaur up and out of the cargo bay and then release it. The CISS was designed to be reusable and returned to Earth inside the shuttle cargo bay. Both versions of Centaur with the payload/spacecraft and the CISS filled the entire cargo bay of the space shuttle. The two space shuttle orbiters designated to carry Centaur, Challenger and Atlantis, also had to be modified for Centaur.

From the Shuttle Centaur Project Perspective: 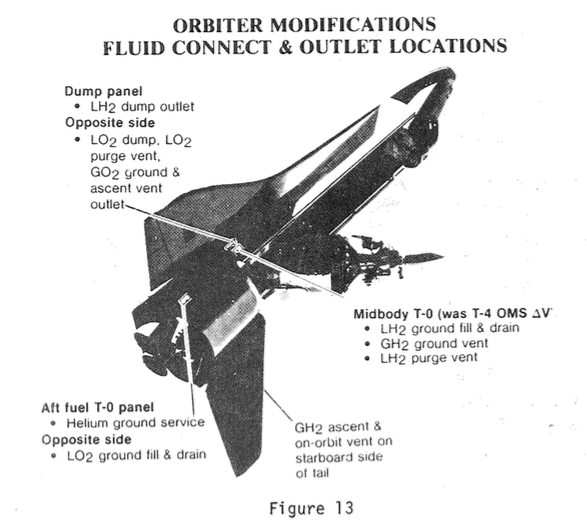 so, 4 connector panels on the sides of the orbiter, for various fill and vent connections. Apparently, Challenger and Atlantis were to be modified to carry the Centaur.

That image seems to be an annotated version of this (which doesn't show the connector panels): 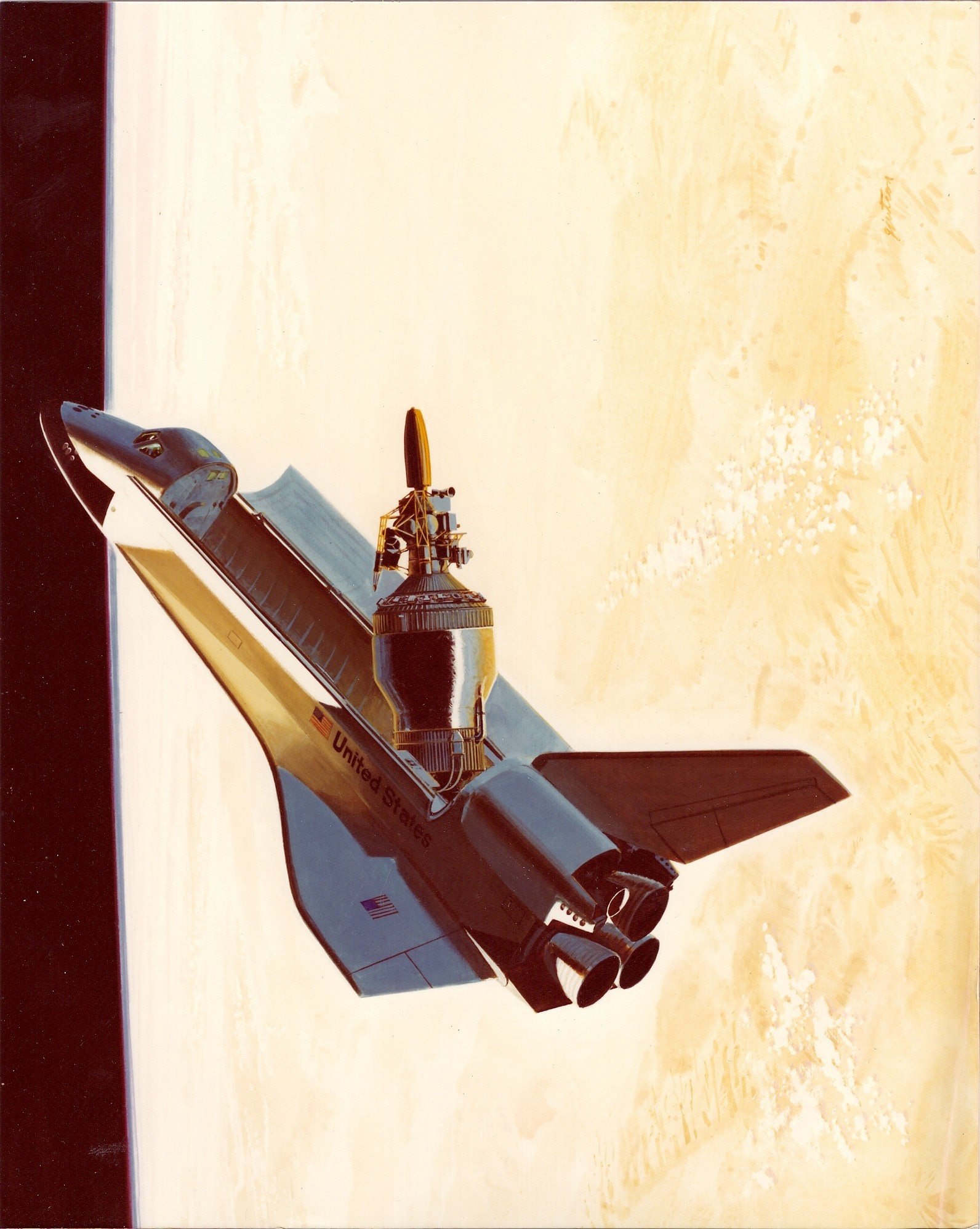 The panels aren't evident in museum photos of Atlantis. They might be behind covers though.

Not the answer you're looking for? Browse other questions tagged rockets space-shuttle fuel launch-sequence cryogenics or ask your own question.

27
What were the differences between the STS Orbiters?
18
After the loss of Challenger, why weren’t Galileo and Ulysses launched by Centaurs on expendable boosters?

5
Why wasn't the space shuttle fully Liquid fueled?
11
How did the Space Shuttle keep its cryogenic fuel cold?
6
Apollo/Shuttle launch site fuel handling
13
How would the Saturn V have differed if the first stage was also LH2/LOX?
5
What methods are proposed for storing cryogenic fuels (esp. hydrogen) in space for months or years?
18
After the loss of Challenger, why weren’t Galileo and Ulysses launched by Centaurs on expendable boosters?
10
Why aren’t rocket stages modular and interchangeable?
4
How were hypergolic propellants delivered to the Shuttle launch pad?
5
Why would the Shuttle-Transtage have been unusable for science missions?
6
How cryogenic oxygen was heated up for CM cabin repressurization?