During todays launch of ULA's GOES-S, the public NASA TV coverage showed the rocket during its ascent, filmed from earth. Sometimes, the image changed to a more coarse grained black and white image, then changed back to a color image. The commenters never mentioned a reason. Was that an infrared or RADAR image so clouds or similar obstructions could be penetrated?

See for example Nasa LIVE LAUNCH: GOES-S Launch Coverage - Kennedy Space Center between 06:00 and 08:00; you can also click the screenshots below for full size. 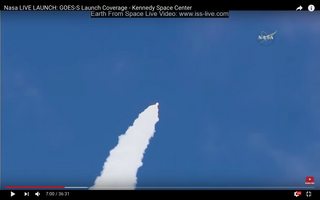 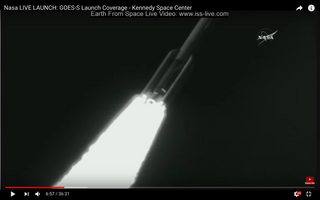 Browse other questions tagged imaging ula or ask your own question.

7
High resolution images of surfaces of other planets and moons
10
Why doesn't Dawn create and release colour images of Ceres?
5
Why are the gaps in MRO global images of mars so irregular and sometimes filled in?
4
How does one get Context Camera (CTX) images from Mars with certain identification numbers?
5
Were panoramic images taken during Apollo 15 planned and trained before on Earth?
0
What spacecraft components are in the foreground of this image of the Earth and Moon? What is the camera inside of?
1
Solar system sized telescope and resolving details of the M87 black hole