Why does the ISS cupola have Interior Protective Sliding Windows

As shown in the center right part of the picture, the International Space Station cupola has an interior sliding window frame, maybe detachable, such as cameras among other instrumentation.

Note that this device is mounted in only one window (perhaps after the crystals replacement maneuver?)

What is the purpose of this device, and where could I find more details about it? 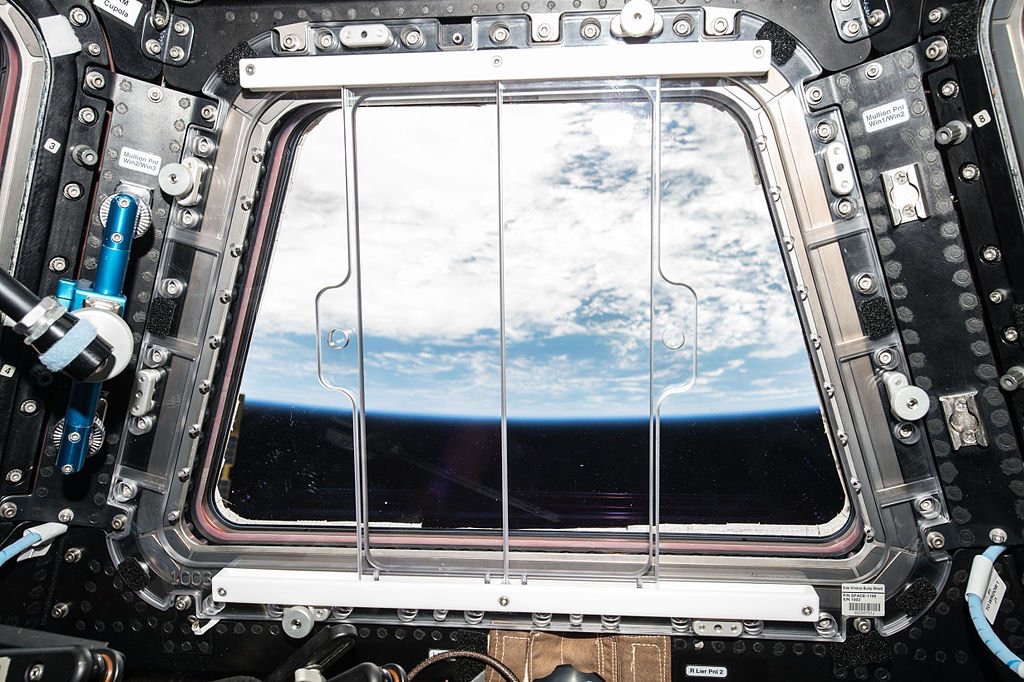 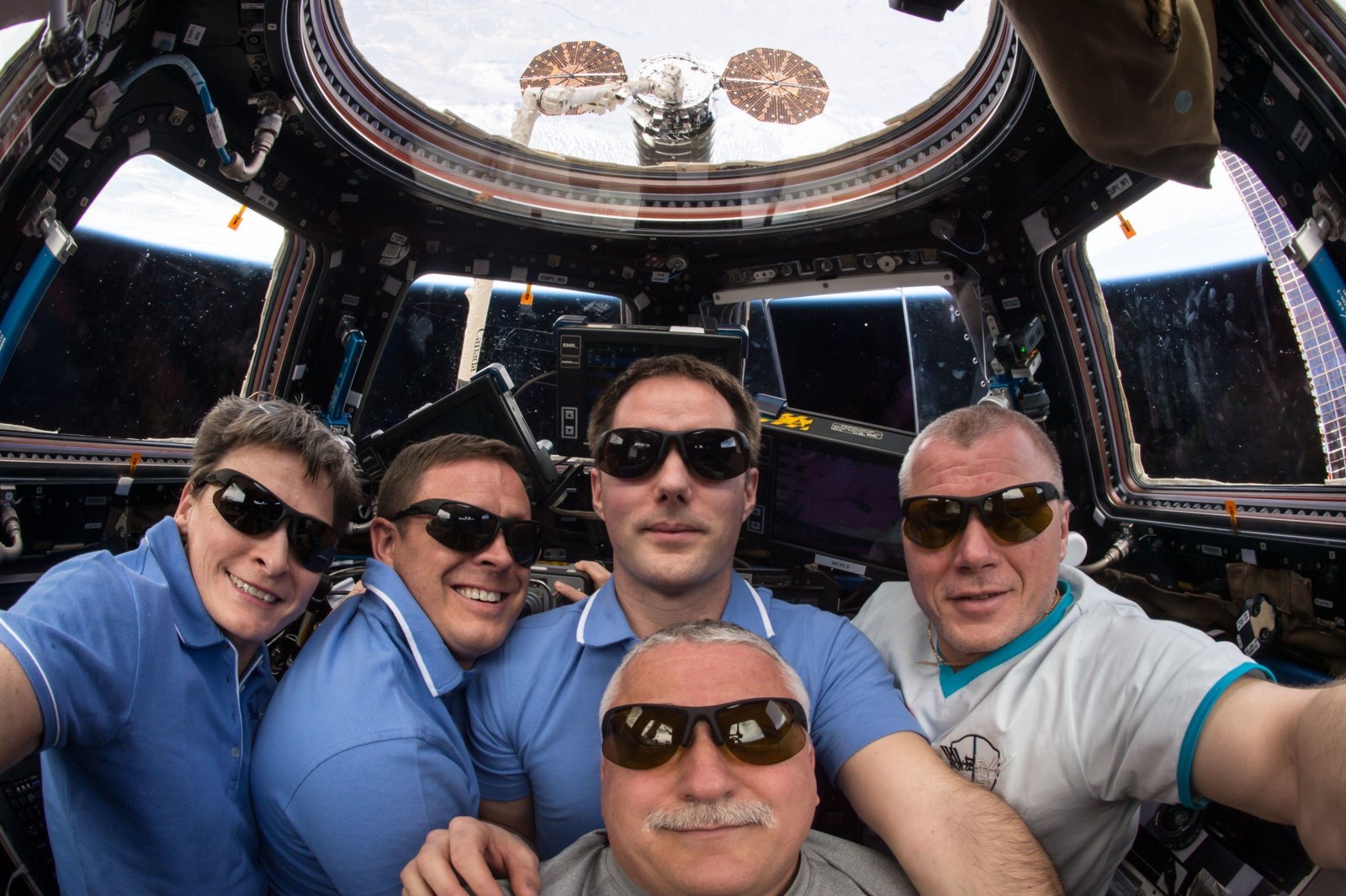 That's a "bump shield" used for filming the IMAX movie A Beautiful Planet.

According to IMAX, their desire to film from aboard the Cupola forced them to design an "exclusive bump shield made of a space-rated clear material" that was "equipped with sliding doors" to allow the cameras to have the clearest possible views. The shields were flown into space specially for A Beautiful Planet.

IMAX used modified Canon C500 digital cinema cameras since the Shuttle was not available to manifest the large, heavy IMAX cameras and film.

Reid Wiseman with the camera. 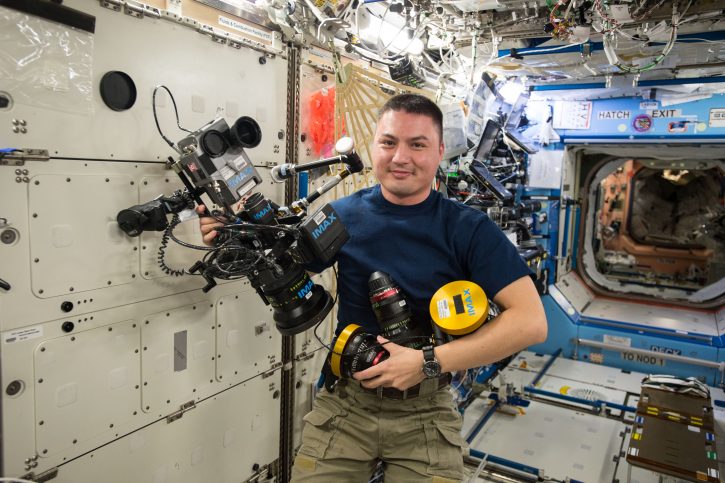 Marsha, I heard that you had to rework the plexi window that the Astronauts were shooting through. Can you tell us about that, please?

MARSHA: We started building the ISS in 2000, and we carried each module to be added to the ISS in the cargo bay of the Shuttle, one at a time. The Cupola was put on board in 2010. The Cupola is a module that consists of 7 windows—six circumferential and one nadir (center) window facing Earth. It has nice, lovely, optical glass that NASA then covered with cheap, non-optical Plexiglas in order to protect the real glass. Over the years that the module has been in space, the Plexiglas covers have been bumped and scratched. Because it’s such a so[ft] material, it is easily scratched and difficult to clean. When there’s dirt and grime on it, and then you try to clean it, you basically scratch it more. Shooting any picture through one of those windows reveals all the scratches.

So, in order to save IMAX an arm and a leg in post-production costs trying to remove scratches digitally—many of which they probably couldn’t have taken out anyway—we asked NASA if it would be possible to design and fly a new protection for the windows that allows you access to the real window for shooting. We had the NASA engineers basically design it: they told us the material, the thickness, the kind of fasteners that would be needed, what the opening should be, and so on. We had the thermal people bless it. We had everybody who would have done the NASA design get involved, but then we had IMAX build it. We had it certified as a piece of payload hardware, which was how we flew the cameras. We had it manifested to launch. Then we got the crew some time for installation. It’s still in place. They continue shooting regular NASA stuff through it now.

2
Did IMAX pay to have their cameras in space?
1
Did anybody on the ISS photograph this partial eclipse? How long did it last? How did they safely photograph it?

19
What materials are the windows on the US Segment of the ISS made out of?
13
What are the windows on the Russian segement of the ISS made of?
21
Why does the interior of the ISS appear so disorganized?
19
Does the ISS have zenith-facing windows?
22
Do windows in space stations, the space shuttle, other spacecraft have practical usage?
5
Approximate sizes and relative positions of the ISS' cupola windows?
11
What are the two orange tabs stuck on opposite edges of each window of the ISS cupola?
23
Is the cupola, on the inside of the ISS, cold or warm to the touch?
13
What is Earthy controlling in the ISS cupola?