How can an electric sail be used for deorbiting considering that it doesn't work inside the magnetosphere?

The relevant text on Wikipedia is uncited and confusing at best, containing two mutually conflicting statements:

To quote Chevy Chase in the SNL skit about New Shimmer, the Coulomb drag effect is both a floor wax and a dessert topping!

The key difference is that in the sail application, the spacecraft would like to pick up some of the solar wind's speed in the Sun's frame of reference, and so it lets the wind push it forwards.

But in the brake application, the spacecraft is moving much faster than the plasma trapped in the magnetosphere around the earth, and would like to dump some speed by basically dipping a oar into the plasma, producing drag, and therefore letting it pull it backwards.

This is pointed out in Slide 2 of the presentation Electrostatic plasma brake for deorbiting (shown below), which also says that the principle was "Discovered" at the "Finnish Meteorological Institute in 2004-2006".

Both cases represent the use of drag force, despite the use of the word "sail".

You can read further in:

below: Illustration of an electrostatic "sail", from electric-sailing.fi/technology. 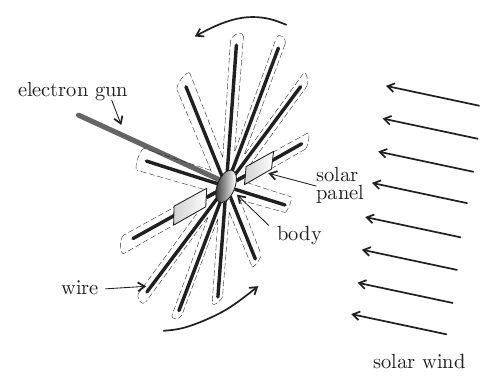 below: Illustration of an electrostatic brake; Figure 1 from here. 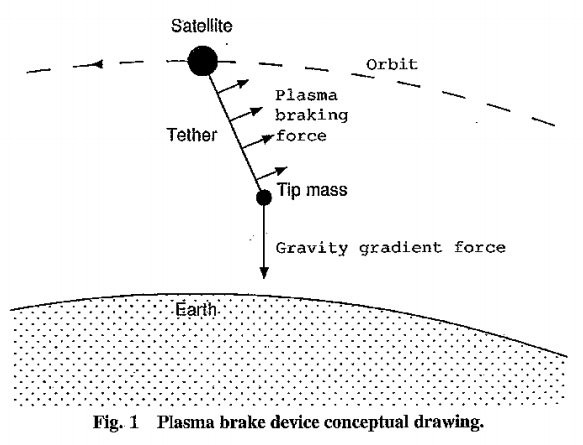 below: Slide 2 from here. 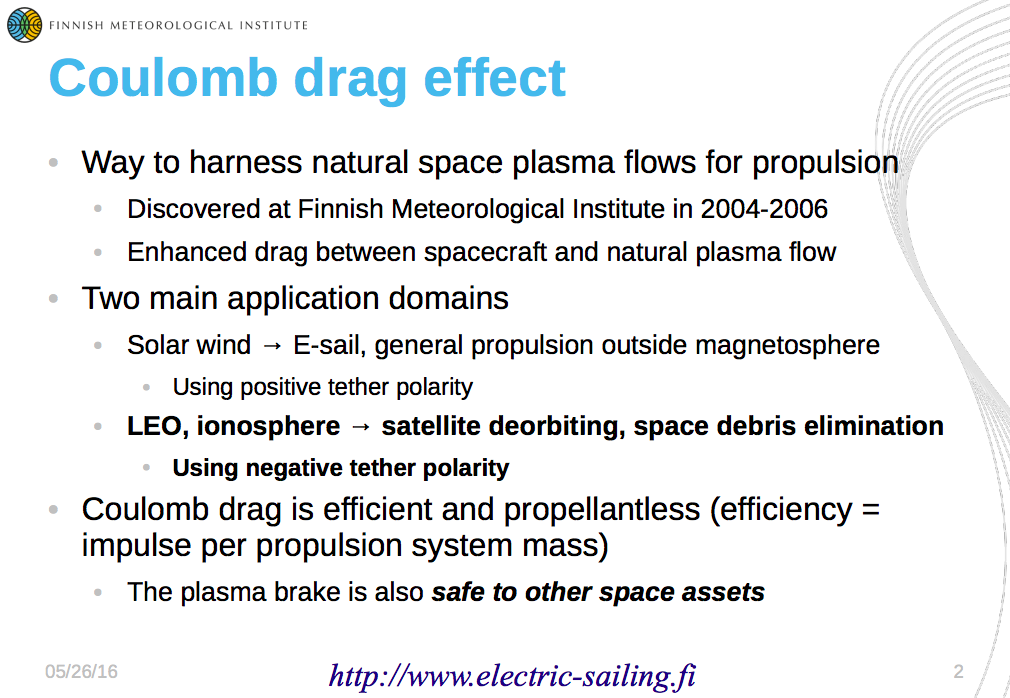 47
Can you tack against the sun using a solar sail?
4
How can a spacecraft gain more energy from burning the same amount of fuel, but at different times?
4
What was the Apollo service module propellant used for on the LEO missions?
8
In ion engines, how is energy removed from the electric field that is used to accelerate the particles?
4
What is the speed that we can reach using tsar bomba as a propellant?
10
When regenerative cooling is used, how is the nonuniform radius of the combustion chamber handled?
2
What could be the proprietary propellant blend that “Apollo Fusion” claims to have developed for it's hall effect thrusters?
5
How is it that “blow-down” propellant storage systems work in micro/ zero-gravity?