Most rockets hoping to achieve earth orbit are launched West -> East and from near the equator to gain maximum advantage from the spin of the Earth.

I know the launches often also are deliberately timed to take advantage of the orbital motion of the Earth. (i.e. when one side of the Earth is moving towards or away from the Sun).

But looking at this image of launch sites around the world, it surprised me by how many launch sites are projected to be built deep in the northern/southern hemisphere, and some are more primed to launch East->West or North/South because of the proximity to ocean (which I assume you would want to launch over) 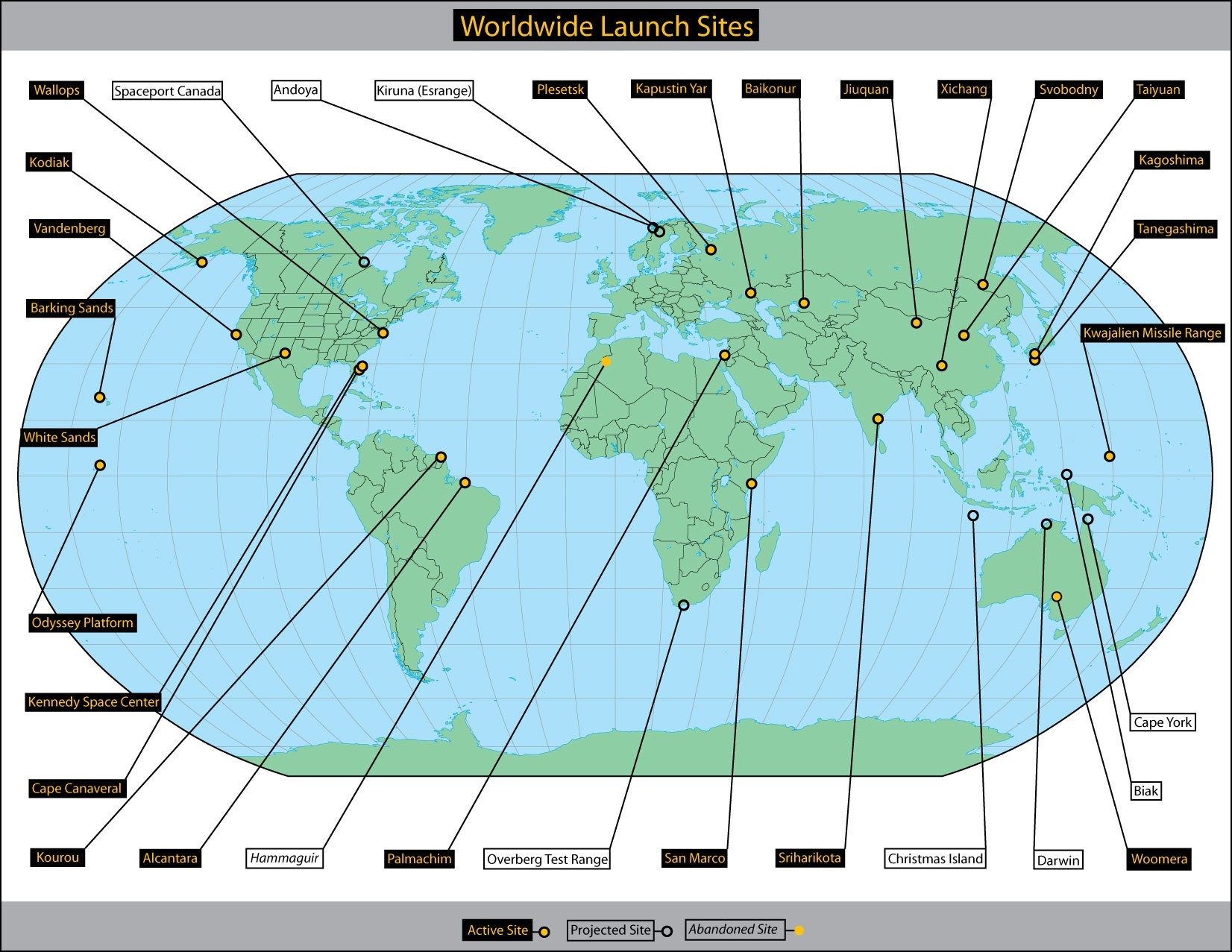 Are there exceptions to the West->East rule, why would one launch a satellite North/South or East->West? Is this even practically possible to achieve orbit?

North/South is for Polar orbits, including sun synchronous orbits

West-East, as far as I know only Israeli launches from Palmakhim site to prevent stages to fall on arab countries territories

12
The strange orbit of Ofeq 11 - how does it (actually) do this?
7
Would any manned orbital launches to date have been possible (but lower) if they were launched retrograde instead of prograde?