Are SpaceBEEs actually hard to track? 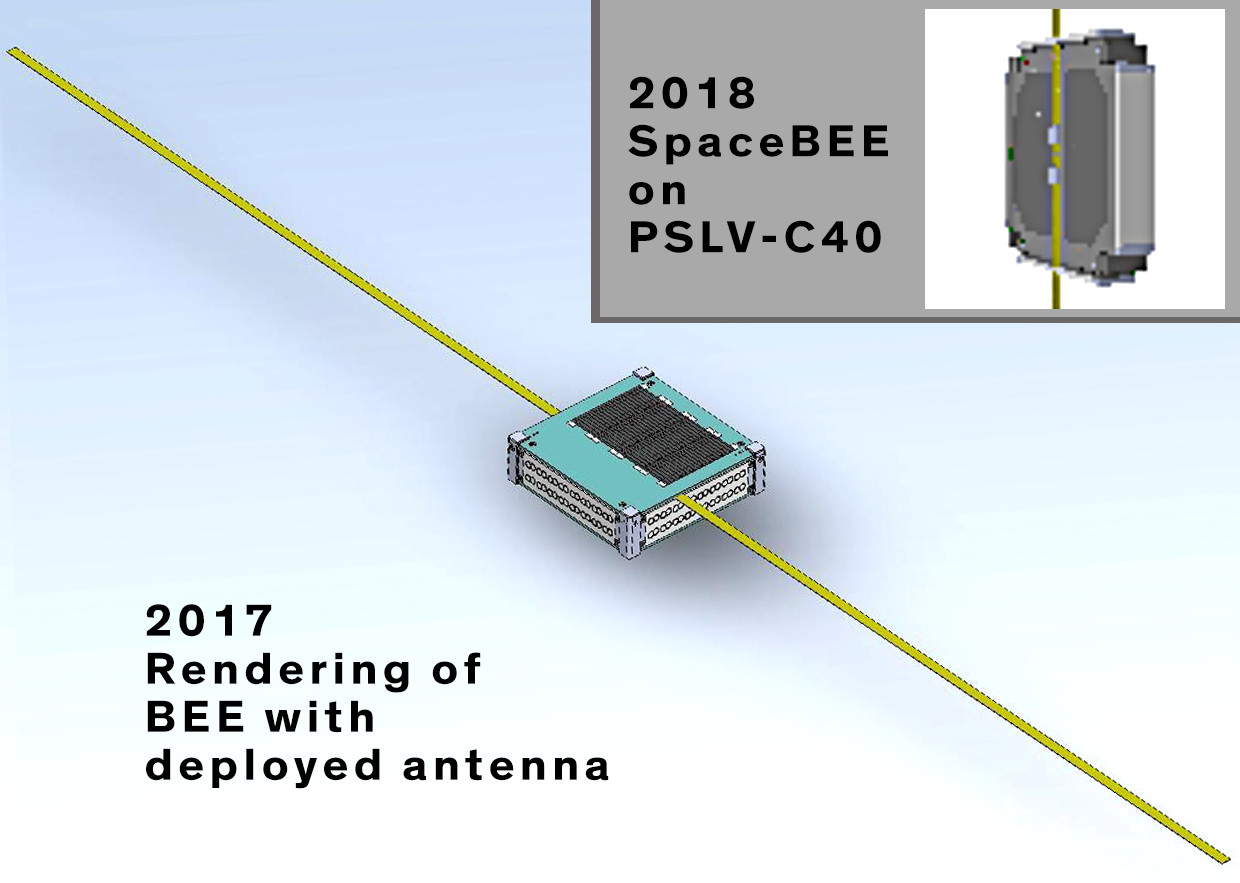 The observational tracking spacecraft in Earth orbit relies on measurements from several sources. While still waiting for an answer, the question What would be a “big picture” understanding of how the orbits of Earth satellites are monitored? includes a brief discussion of both radar and optical tracking, and the answer to Are 1U cubesats sufficiently detectable to get at least minimally usefully predictive public TLEs, updated regularly? addresses the already present challenges with fully-1U cubesats.

The SpaceBEEs are going to be extremely difficult to spot visually, but the roughly 1 meter long antenna should have some significant positive impact on their radar cross-section.

I took a look and all four SpaceBEEs are receiving new TLEs about twice daily, as shown below.

This leads to the Question: Are SpaceBEEs actually difficult to track? Are these TLEs generated by including GPS reporting from the spacecraft itself and dowlinked to "SpaceBEE Ground Control", which might fail in the future? Or are they in fact being reliably observed by standard techniques, independent of the functional status of the spacecraft? 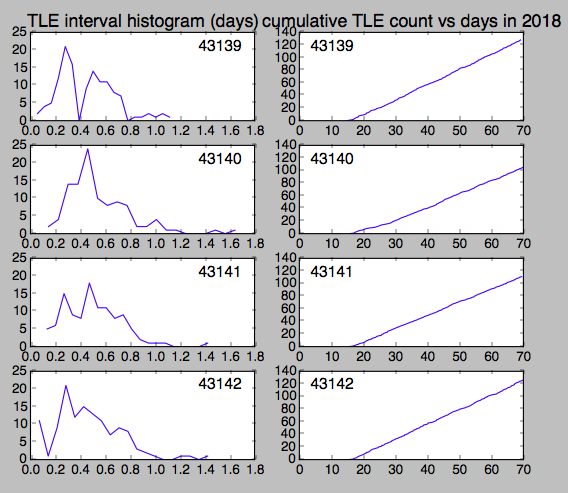 I think the answer to this is basically no or at least not any harder than other 1U CubeSats. I base this answer on two lines of argument. Also your data above more or less proves what I am about to say.

"All seven SpaceBEE satellites launched to date have been consistently tracked by both the Space Surveillance Network (SSN) and LeoLabs. A live tracking link for the first four satellites is here. The SpaceBEEs1–4 have passive Van Atta array radar retro-reflectors, which were developed under a Cooperative Research and Development Agreement (CRADA) with the Space and Naval Warfare Systems Center Pacific, in order to enhance their trackability in space. Based on our initial results, the SpaceBEEs 1–4 have a larger radar cross-section and are more trackable than other CubeSats. Specifically:

Second (and more convincingly), if spaceBEEs had not been trackable in orbit. The FCC would not have given swarm a licence to launch 3 more 1/4U spaceBEEs on SSO-A in December 2018.

Not the answer you're looking for? Browse other questions tagged tracking two-line-elements regulatory government spacebees or ask your own question.

31
What is the smallest operational artificial satellite?
9
How do cubesat owners first find out their cubesat's initial trajectory? How do they point antennas at it before official TLEs start to appear?
5
Is there a way (working or in development) to track satellites in lunar orbit like we track objects in Earth Orbit?
10
How does the SpaceBEEs' experimental passive radar reflector work?
4
What would be a "big picture" understanding of how the orbits of Earth satellites are monitored?
8
Are the SpaceBEEs still "illegal" or did they eventually receive approval to operate?
4
How satellite orbital vacancies are determined?
7
Do deployments of multiple cubesats generally obey proposed guidelines such as 20 seconds or more between deployments at 5 m/s or faster?
4
What checks are supposed to be carried out to prevent illegal satellite launches?
3
What can be done in future mass-cubesat deploys to make them "less irksome" to orbital space debris experts?
See more linked questions

3
Are 1U cubesats sufficiently detectable to get at least minimally usefully predictive public TLEs, updated regularly?
4
What would be a "big picture" understanding of how the orbits of Earth satellites are monitored?
10
How does the SpaceBEEs' experimental passive radar reflector work?
13
Might ISRO's 2018-004 launch be at least a technical violation of the Outer Space Treaty by India?
8
Are the SpaceBEEs still "illegal" or did they eventually receive approval to operate?
7
How could RCA Satcom III have been completely lost? (Or was it?)
9
How do cubesat owners first find out their cubesat's initial trajectory? How do they point antennas at it before official TLEs start to appear?
0
Does transmitting from a few dishes significantly improve the performance of radar surveillance from Earth at GEO and beyond? If so, how exactly?