How can I find which chemical compounds can be seen on Titan's surface?

Titan has a thick atmosphere made up of mostly molecular Nitrogen and Methane which absorbs light and blocks the surface to telescopes, save for certain "spectral windows" (the white portions in the following figure):

The abovementioned paper also lists chemical compounds that were detected on Titan's surface (methane, ethane, benzene, toluene and others).

I am now interested to know which compounds can be seen through which "spectral window". In the paper, the authors say: "We searched spectral libraries, published spectra, and conducted our own laboratory measurements of organic compounds in order to search for matches to the spectral features illustrated..."

How exactly did they do it? If I want to find which compound can be seen through which window, where should I look it up? I searched for papers and looked up references, but I was unable to find definite statements along the lines of "water are expected to be seen in XX micron and benzene in YY micron".

I have also come across a paper by Soderblom et al. which presents this figure (figure 6.12 there): 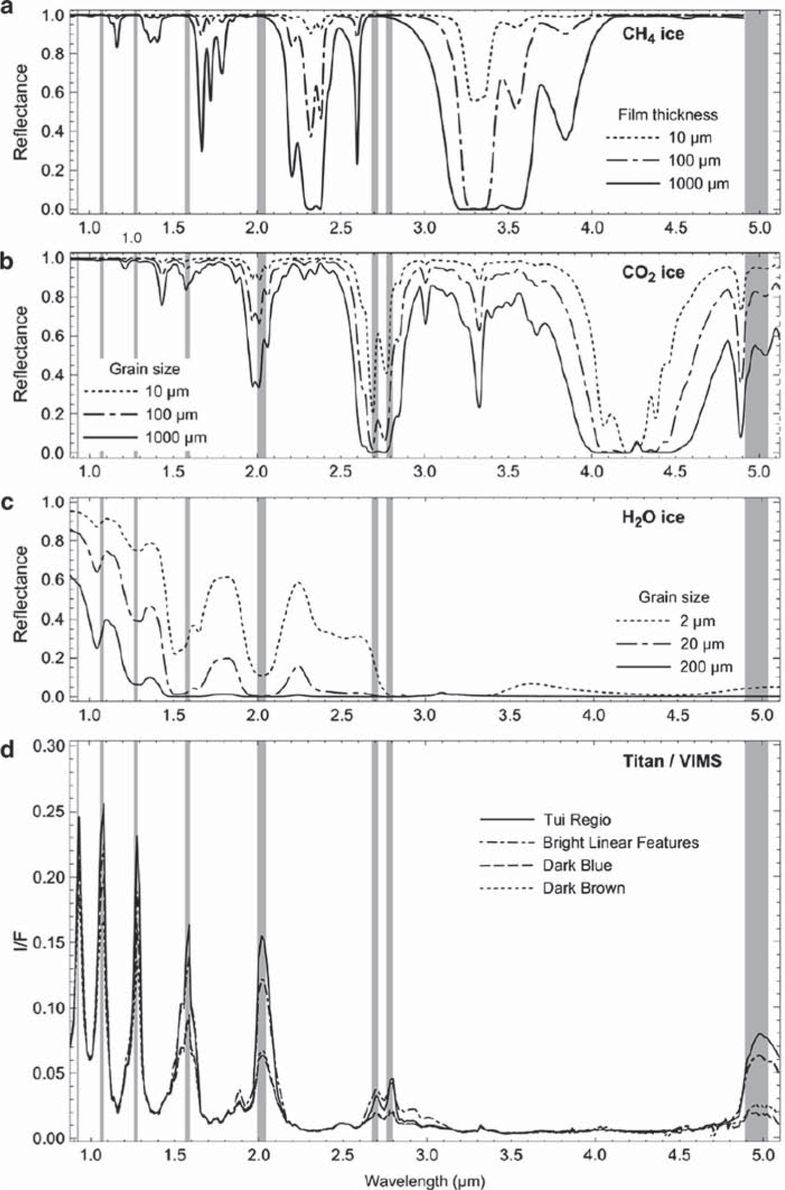 I think this is what I am looking for, but how can I recreate it for other compounds?

Browse other questions tagged telescope titan or ask your own question.

17
How much sunlight gets to the surface of Titan? What would astronauts see?
8
How could a hot lander enter Titan's atmosphere without setting its hydrocarbons ablaze?
3
Where to get Cassini VIMS data and optical transmission spectra of Titan's atmosphere?
5
How would humans with appropriate equipment travel the surface of Saturn's moon Titan on foot?
6
How far away can spacecraft be seen with an optical telescope?
1
Conditions on Titan under which human breath can be set to fire
8
Can Dragonfly make it to one of Titan's Lakes?
4
Can we observe the Titan's surface from its orbit?