Do the solid rocket boosters of the Shuttle and SLS have a self-destruct system and was it activated during the Challenger disaster?

Videos of the Challenger shuttle explosion show both solid boosters speeding on after the main tank detonated. Were they eventually self-destructed by the ground control, or why not, and why not immediately? Where and how did they land?

The shuttle stack broke up at ~73 seconds after launch of STS-51L. The Solid Rocket Boosters separated from the other elements and continued flying in a more or less stable manner (surprisingly). Air Force range safety personnel detonated the boosters at ~110 seconds after launch using the self-destruct system built into the boosters. (timeline reference)

I have not seen any writeups explaining the ~30 second delay to sending the destruct command. Range safety operated using preplanned procedures which included predicted impact of the vehicle on populated areas (see What rocket launch protocols (if any) are in place to prevent premature or late intentional self-destruct? for some details) It may be that the flight termination lines were not crossed until then, or possibly the procedures did not cover the case of two free-flying stable SRBs, requiring some human judgment.

Speculation on the time delay: This Google Maps image shows a shuttle launch trajectory - this is for an ISS flight, the 51-L trajectory would have been due east. Although the image is small, you can see that at 73 seconds the shuttle would have been well off the coast and traveling east at high speed (there were no significant trajectory anomalies prior to the stack breaking up). I doubt the limit lines were crossed in this case, and I would imagine the delay was due to human judgment upon having encountered a case never considered. 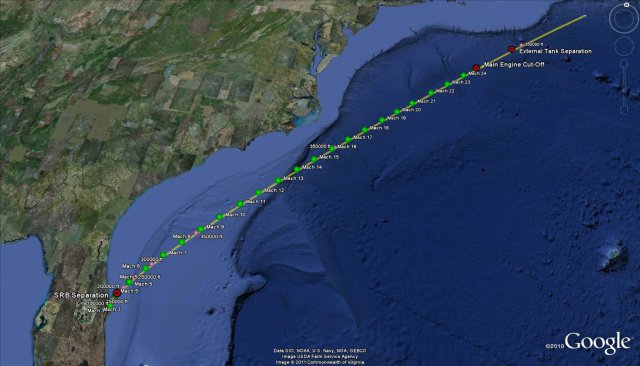 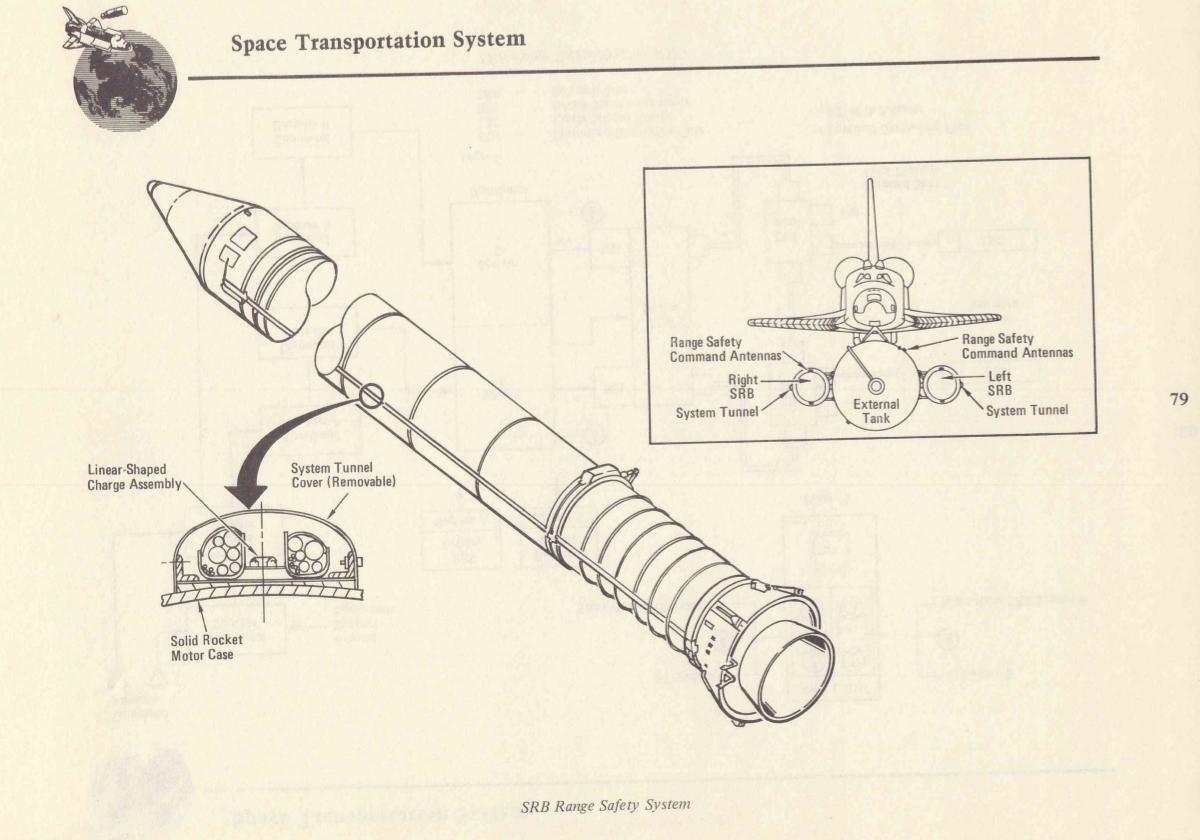 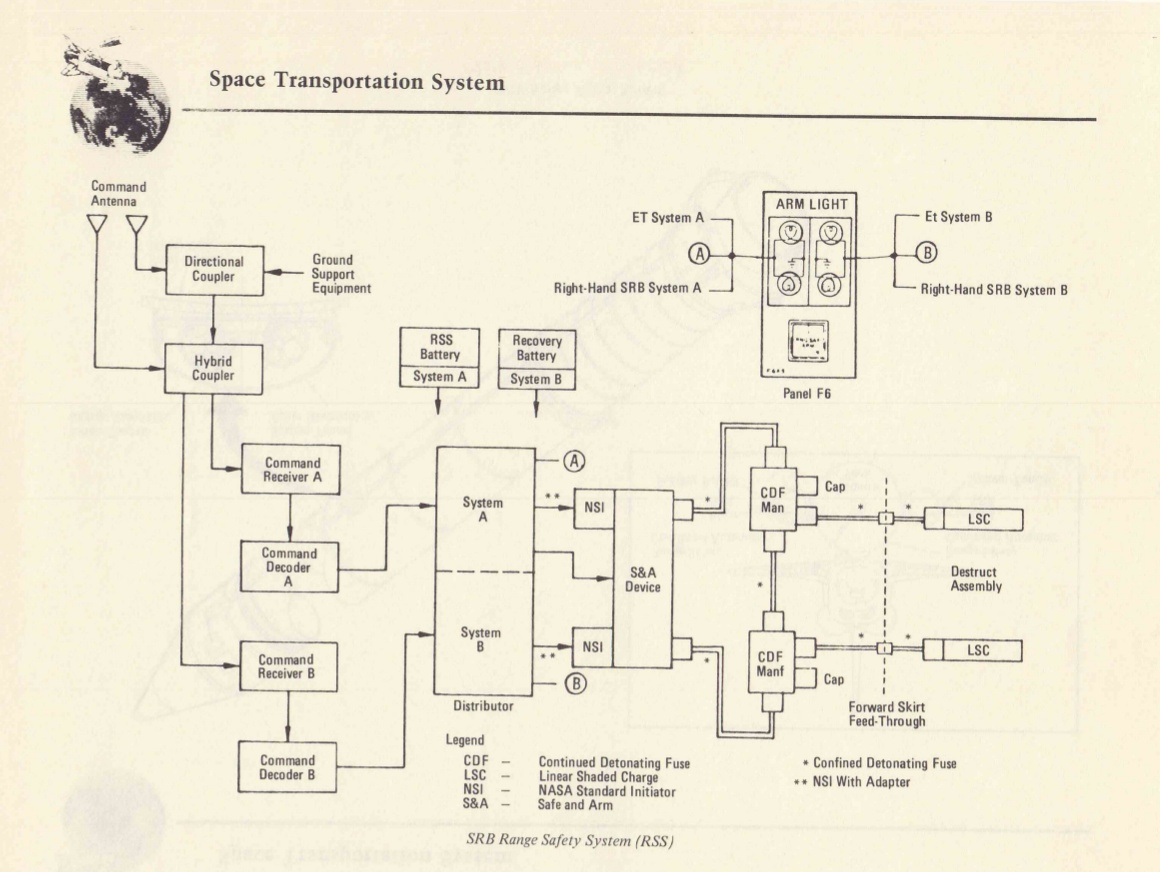 The debris landed in the ocean. Much of it was later retrieved including the critical segment which showed the burn-through from the O-ring, which greatly aided in the accident investigation. This is a photo of some of the debris on the recovery ship.(photo source) 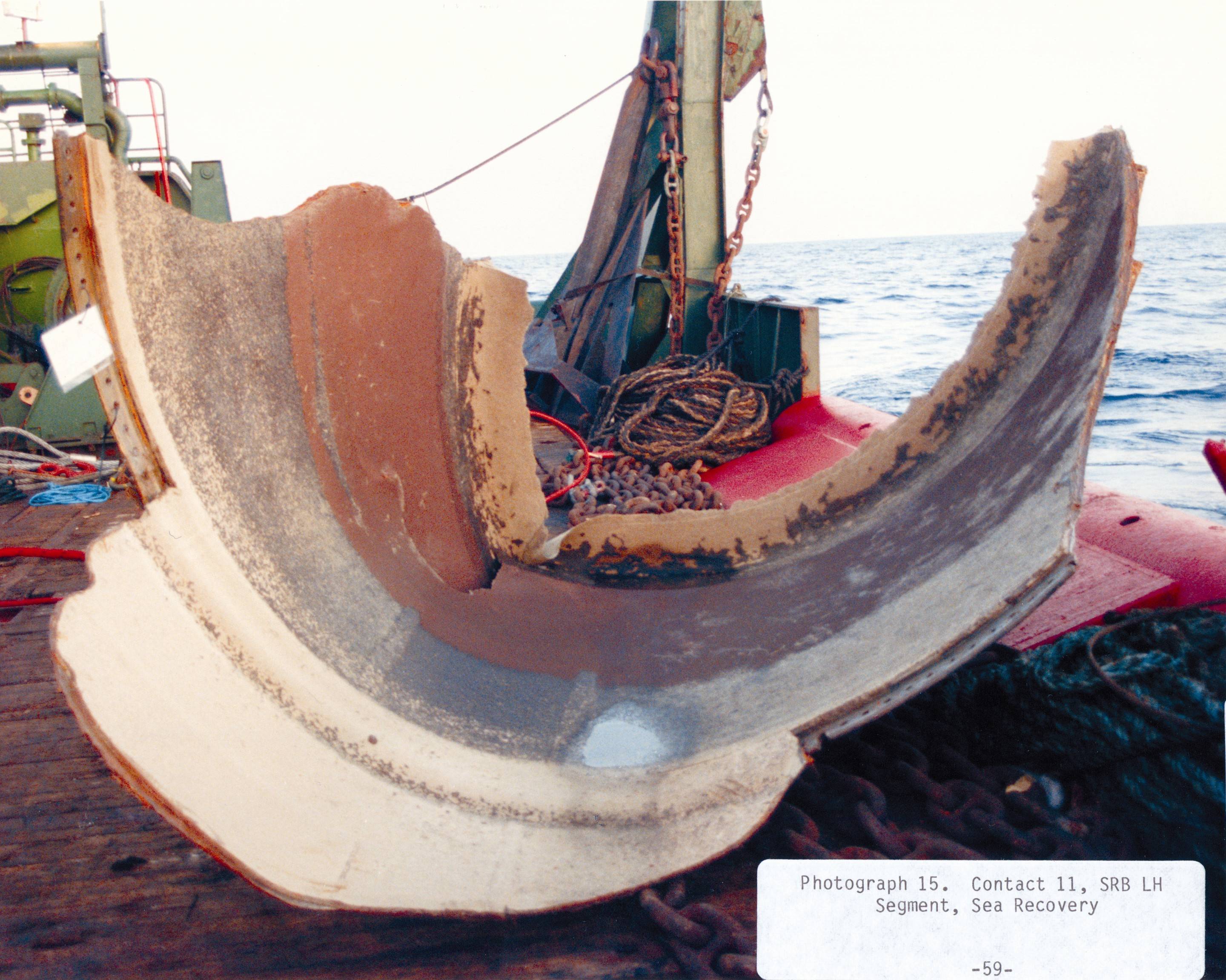 The SLS SRBs do contain a flight termination system. Per this the first two SLS flights will use the same system as STS, after which it will be replaced by a more modern system.

...the Flexible Confined Detonating Cord Assemblies (FCDCAs), which are currently used on the SLS booster Flight Termination System that terminates thrust and distributes booster propellant in the event of an anomaly. FCDCAs will also replace the heritage shuttle devices on the Separation System after the second SLS flight. FCDCAs are the industry standard and serve the same purpose as the heritage CDFAs and CDFMs which were unique to the Shuttle design. The new pyrotechnic devices are lighter and more cost effective than the heritage shuttle devices. Due to environmental exposure, the fuse encased in FCDCA can develop fatigue cracks. EBA&D conducted risk-reduction testing, and it was verified that no significant fatigue cracking was caused by the SLS mission environments, and the FCDCAs would function properly after exposure.

Just put that question into google, ended up on the Range Safety System section of the SSSRB Wikipedia article, which contains this section:

A range safety system (RSS) provides for destruction of a rocket or part of it with on-board explosives by remote command if the rocket is out of control, in order to limit the danger to people on the ground from crashing pieces, explosions, fire, poisonous substances, etc. The RSS was only activated once – during the Space Shuttle Challenger disaster (37 seconds after the breakup of the vehicle, when the SRBs were in uncontrolled flight).

The NSDs provide the spark to ignite the CDF, which in turn ignites the LSC for booster destruction.

Not the answer you're looking for? Browse other questions tagged space-shuttle sls solid-fuel abort self-destruct or ask your own question.

7
What rocket launch protocols (if any) are in place to prevent premature or late intentional self-destruct?

5
Why wasn't the space shuttle fully Liquid fueled?
15
Were the Space Shuttle's Main Engines ever off while the Solid Rocket Boosters were firing?
14
Why didn't the space shuttle SRBs have wings and tires?
7
Why will SLS Block I bring less mass to LEO than the STS shuttle system did?
4
Why would a space shuttle have flown a normal first-stage and early-second-stage ascent trajectory during an RTLS abort?
18
After the loss of Challenger, why weren’t Galileo and Ulysses launched by Centaurs on expendable boosters?
3
Was there a history of segmented solid rockets prior to the Shuttle?
2
Space Shuttle RTLS in 3-engine-out: what does it use for propulsion?
14
Black/White patterns on SLS boosters, fairings - Are these still roll patterns