Are the lunar poles easier to manage thermally than the equator?

It seems like the greatest challenge of a colony on the moon is the fact that the temperature between night and day is so different. I would assume that this difference would not be as great near the poles. Is the thermal situation at the poles of the moon such that a colony there would have manageable thermal swings? What would the thermal swings be for a base located at the poles?

The moon has almost no atmosphere whatsoever. On Earth, the when the sun is low in the sky it delivers far less heat to the surface than when directly overhead. One reason is that it goes through much more air as it passes through the atmosphere at that angle. This factor would have almost no affect at all on the sunlight heating the moon.

The other reason is that the as the landscape is slanted with respect to the solar exposure, the same amount of light is spread over a larger area of the surface. This affects the heating of the landscape, but that all changes when we start talking about structures. If we think about a cubical building, for example, the sun directly overhead would hit the roof of that cube squarely, but would barely hit the sides at all. When the sun is right on the horizon and one of the cube sides is oriented directly toward the sun, then on the moon, assuming there are no obstacles in between, that sunlight is hitting that wall just as squarely, but barely touching the roof. There is no atmosphere to filter out some of the light.

So if we are dealing with structures that stick out of the ground, generally speaking, you are always either IN the sunlight or OUT of it. And this doesn't change on the poles. The one thing you could do on the poles however is more easily stabilize the temperature of a structure at the high level of being in the light by elevating the structure above all obstacles so that it is always in the light (until the next eclipse), or at the low temperature of being in the dark, by putting your structure in a pit or crater.

The heat that dissipates through the ground at the poles is certainly more stable, but direct sunlight on a machine, structure, or person is still just as harsh. Perhaps the ideal way to take advantage of the situation would be to sink the core structures below the sunlight, but to extend conductive heat sinks into the light to gather the heat. These could then be raised and lowered to adjust the temperature to your liking.

Yes, definitely. The Lunar poles are actually so little exposed to direct sunlight that the Solar terminator barely has any meaning there reaching near zero speed with either constant day or constant night (imagine really long shadows with a shallow angle sunlight). In case of the Moon, this is perhaps most significant because that could theoretically sustain water ice deposits close to surface that wouldn't be immediately ionized into hydrogen and oxygen and evaporate. Quoting myself from another answer on Astronomy.SE:

The most likely place where surface or near subsurface water could exist on the Moon and be suitable for mass extraction are its polar, permanently dark regions. Indeed, the ISRO (Indian Space Research Organisation) Chandrayaan-1 spacecraft has detected evidence for water locked in surface lunar regolith minerals in lunar south polar region, water that likely originates from asteroid and comet impacts embedding it deep within the lunar core and released as magmatic water closer to the surface. Any free-form water in other regions of the Moon that are exposed to sunlight and Solar radiation would sublimate to its gas form directly and with ionisation lose hydrogen atoms, so while hydrogen and oxygen atoms might still be present to some extent embedded into the surface layer minerals, extraction would likely be too laborious there. 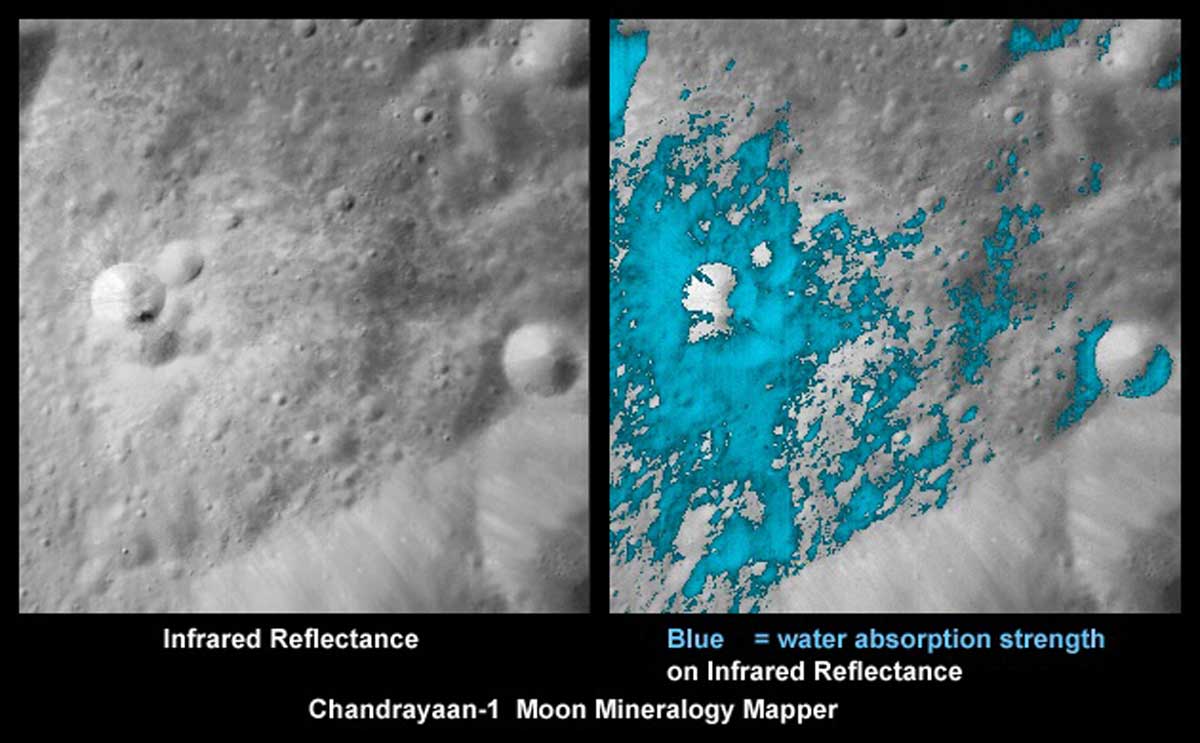 So yes, Lunar poles would be both thermally more stable regions, and also have reacher deposits of water in pockets immediately below the surface where they'd be easier to extract from, so would likely be better suited for a permanent Lunar base as such. We would certainly lose the opportunity to mine for Helium-3 as a power source, since it would be mostly embedded into Lunar regolith closer to the Moon's equator that faces the Sun more directly, but as far as thermal stability goes, that would be my choice too.

Not the answer you're looking for? Browse other questions tagged the-moon colonization thermal or ask your own question.

24
What is the smallest number of humans required for colonization?
10
Are there seasons on Luna?
10
What are the synergies between human landing on the Moon and on Mars?
8
Might thermal mass, reflective insulation, and limiting light penetration allow heat control on the Moon? (reboot)
2
What is the best (NASA preferred) location for a lunar colony?
5
How much harder is it to land on the Moon away from the equator and the poles?
5
How long does one orbit around the Moon take in a typical parking orbit for a stage a lander is going to meet?
4
Are there solar panels available today that would last through various lunar days?
2
Lunar Polar Orbit
4
Why are the poles of the Moon in Google Earth so different from other regions?