When messing around with Google Earth's Moon and Mars features I noticed that the lunar imagery used is mostly homogeneous except for a large stripe across its' surface. See Image: 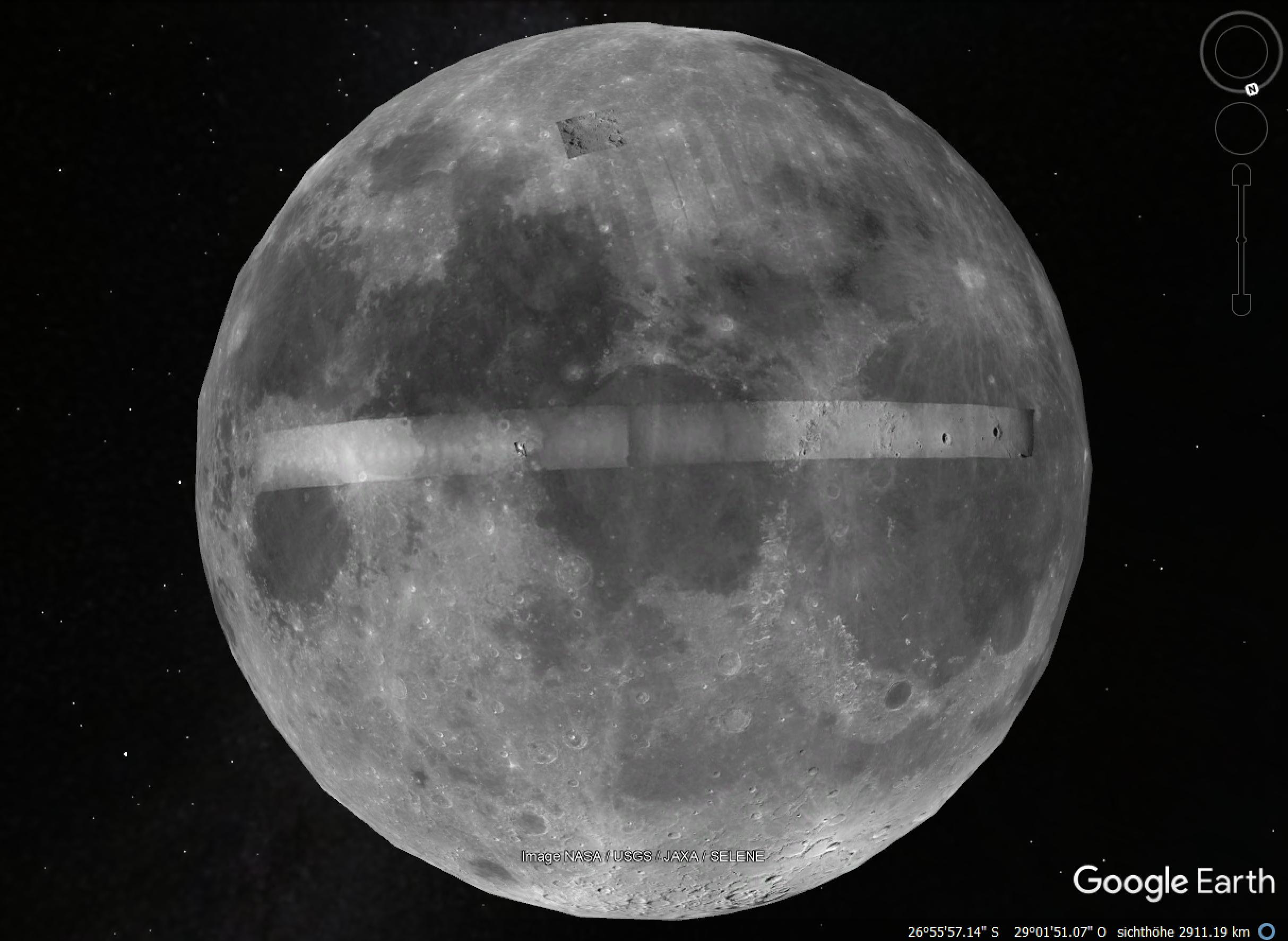 This "stripe" also seems to have a higher resolution and different white balance/brightness. With what spacecraft (telescope?) was this strip imaged and why isn't more of the moon imaged in a similar way?

The Moon part of Google Earth was published in 2009, in celebration of the 40th anniversary of Apollo 11. So, it didn't have access to the wonderful photo imagery of the Lunar Reconnaissance Orbiter cameras, as that mission was just getting going at that time. If you want to see the very best photomosaic of the Moon there is, you have to go to that online map, at Quickmap.

The JAXA contribution was a terrain map from data collected by the Kaguya orbiter, whose mission had ended just a month before. Thus it would seem that the elevation data is from JAXA. The low-resolution photographic data used for most of the Moon is from Clementine.

The high-resolution imagery in that stripe is from the panoramic cameras that took images from orbit of the surface, from the Command and Service Modules during the Apollo missions 15, 16, and 17. All of them are publicly available online, in a library maintained by the Lunar and Planetary Institute.

Here is a set taken during Apollo 17: 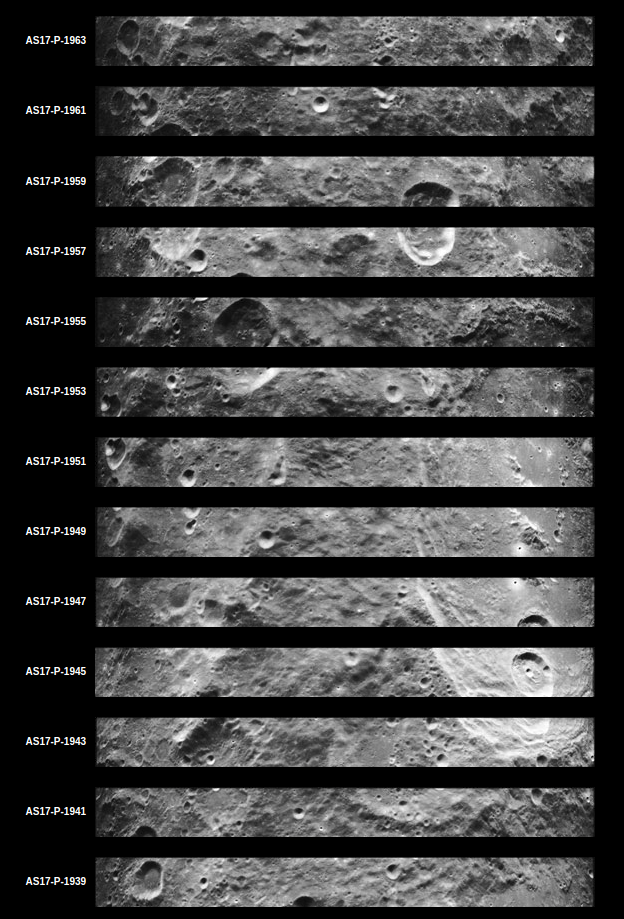 Based on the lighting, the strip is made from the images taken during Apollo 15, which went to Hadley Rille. It is morning at Hadley Rille in these photos - the time of the lunar day when Apollo Missions occurred, before the ground got boiling hot. Note that on the west end of the strip, it is noon, and on the east end, it is dawn. (Also note, readers, that the image of the Moon is 'upside down' in the question - north is at the bottom.) In the centers of each of these strips, features as small as 1 meter across can be discerned (though the resolution shown on Google Moon is much lower). The LRO, 50 years later, has imagery that shows details as small as 0.5 meters across.

A couple of years ago, I went to the LPI library and downloaded the full resolution image file of one of these from Apollo 16, one that included Lalande Crater in mid-morning sun. It remains the best photo in existence of the whole crater. They don't make the full resolution images available for download any more. It was a 200 MB file... The versions they show now are a fraction of 1% of the full size image. 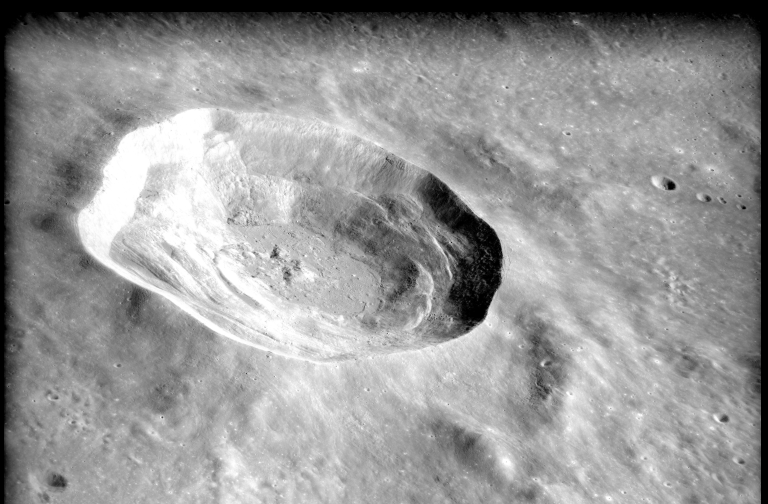 That is just a small section from the very end of the image, at 13% of its full resolution.

There are a few small patches on Google Moon, at the Apollo landing sites, where the images are even higher resolution, and taken in different lighting. Those patches are images taken by the LRO.

Not the answer you're looking for? Browse other questions tagged artificial-satellite the-moon imaging or ask your own question.

10
What makes materials on the Moon look so different when the sun is high?
14
Any imagery from Shuttle Columbia's SILTS pod on the internet?
3
How did the JAXA lunar probe discover that there is a 50 km long cave on the Moon?
3
How to use this Google Mars viewer to find this Martian landslide event?
2
Colors of the Moon totally different in the pictures taken by Chang'e-4 in comparison with the Apollo photos. Why?
1
Two consecutive high profile Moon landings fail, any common threads?
4
Why are the poles of the Moon in Google Earth so different from other regions?
10
Can I see Tranquility Base and other lunar landing sites on Google Map's moon charts?