What is a planet intercept?

As a fun side project I'm writing a turn-based game that tries to portrait solar system travel little bit more realistically then most of games do. I want to calculate the cost of traveling between planets based on delta-v differences graph like this one: 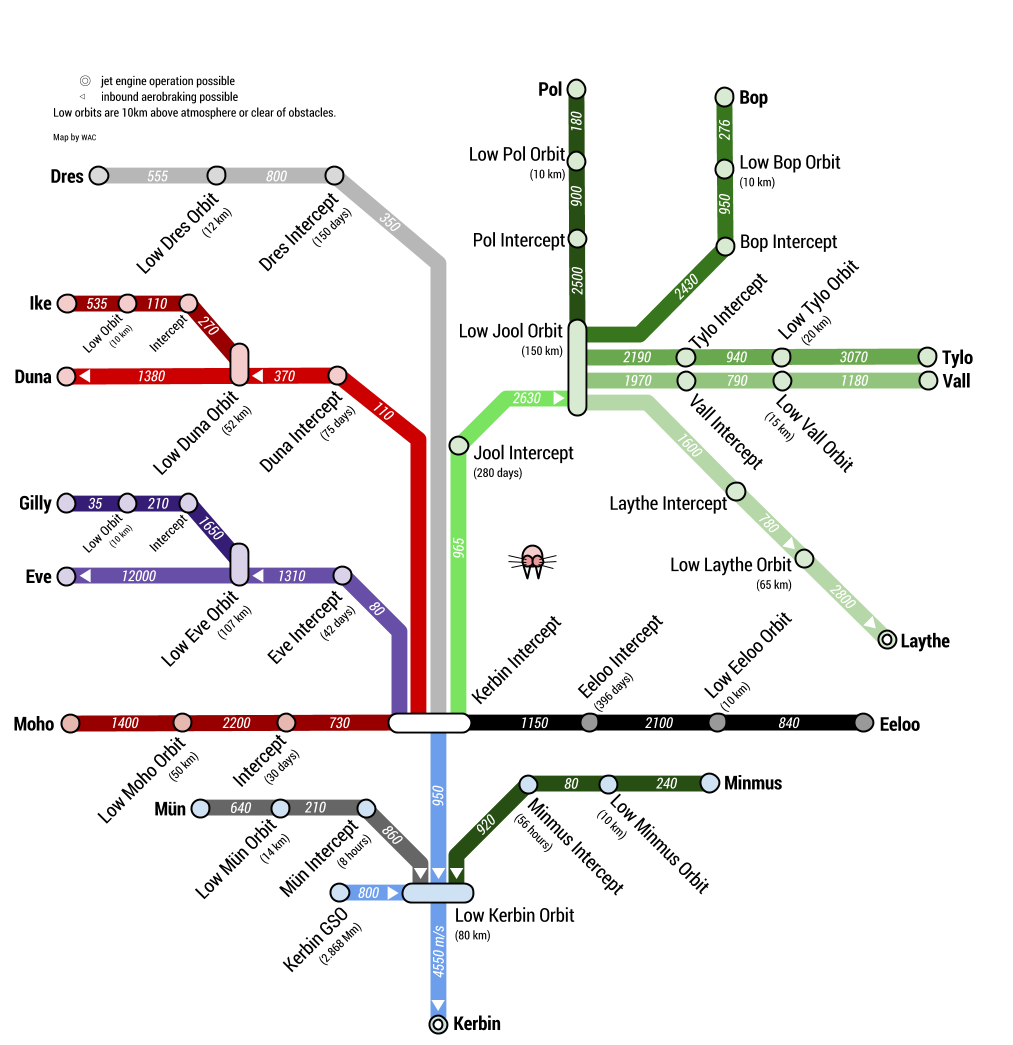 I read up on delta-v budget and read through some of the Kerbal Space Program tutorials (and played some too) but I'm still not sure what "planet intercept" is.

If I start from low Kerbin orbit and make delta-v steps of: 950 (Kerbin intercept), 80 (Eve intercept) am I at high Eve orbit? If I stop accelerating will I stay on that orbit?

And more importantly, does this model make any sense at all?

There's two parts to this question (and answer), KSP and real life. I'll get KSP out of the way first.

KSP uses a simplified two-body physics model rather than full N-body physics, for performance reasons. So, each celestial body has a sphere of influence, a region in which any spacecraft are affected by its gravity and nothing else. An intercept, for the purposes of a delta-v chart, means getting close enough that you enter its sphere of influence. This is represented on the orbital map as a circular icon with the words "Mun Encounter" (or similar); leaving a sphere of influence shows up as "Mun Escape".

Note that just because you are in something's sphere of influence doesn't mean you are in a stable orbit around it. That 850dv to intercept the Mun will get you a flyby of the Mun, entering its SoI, passing it on a hyperbolic trajectory, and then exiting its SoI to return to Kerbin orbit. If you want a stable orbit, you'll need to expend additional dv circularizing. Whether this flyby is in "high" or "low" orbit depends on the precise details of your intercept burn; for bodies with atmosphere, such as Eve, you can even tune your intercept to fly through the planet's atmosphere, allowing you to aerobrake.

In real life, things are a bit fuzzier. The concept of a sphere of influence still exists, but even within something's SoI you are still affected by the gravity of other bodies. What "intercept" means will depend on the mission - if you're trying to dock with a space station, you need to get within touching distance, whereas for a flyby of another planet you just need to get close enough for the cameras.

For the purposes of your game, I would say:

Not the answer you're looking for? Browse other questions tagged solar-system orbit or ask your own question.

4
Has there been any mission to land on a planet or moon in the Outer Solar System?
4
Is there a planet walk with the positions of Voyager 1 and 2?
9
How can a planet “catch” an asteroid?
28
What is the farthest artificial satellite in orbit in our solar system?
4
Which planet gets the most money? Which gets the least?
5
What words are used to mean in relation to or origin of a planet?
8
How to calculate density of unknown planet?
2
Are planet orbits available to download in some vectorial format file?
23
Can a moon orbit its planet faster than its planet rotates?