Do you recognize these space artists who made this (possibly) first "paint-by-numbers" image of Mars?

Update! I've just run across the NASA Jet Propulsion Laboratory video Five Ways Mariner 4 Changed Mars Exploration and it mentions this "paint by numbers" representation of "the first digital image of Mars from space". Perhaps with these photos, the "space artists" can be recognized?

This video is the intro to the longer video of the Von Karman lecture 1965: Discovery at Mars by Baggett, on the same channel. This video contains extensive file footage of people involved in Mariner 4. 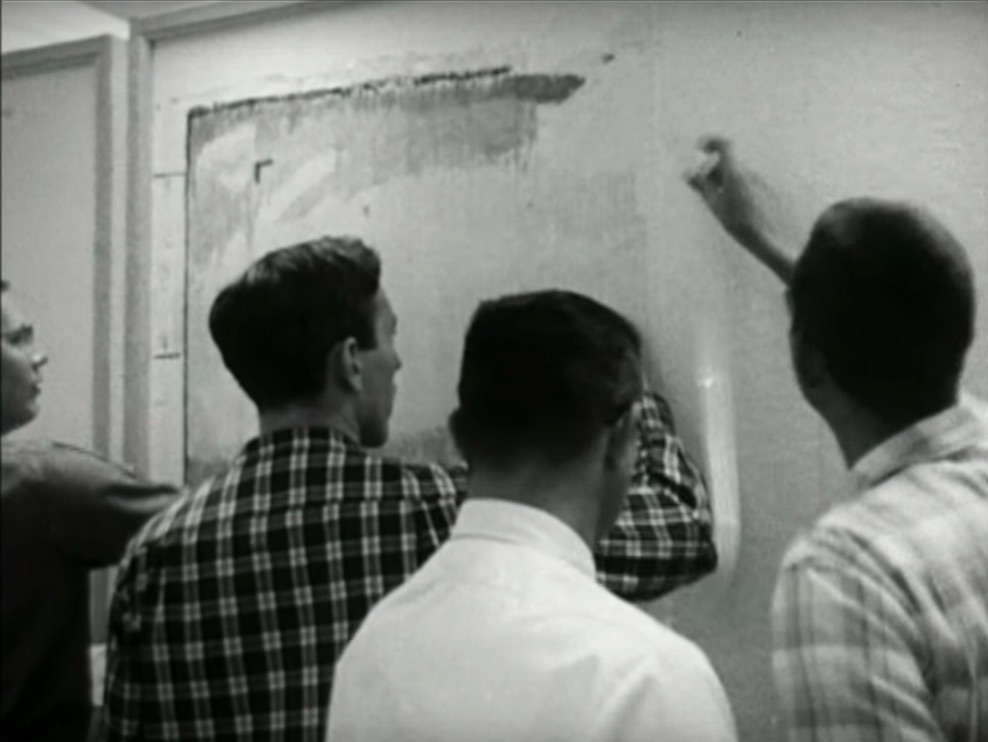 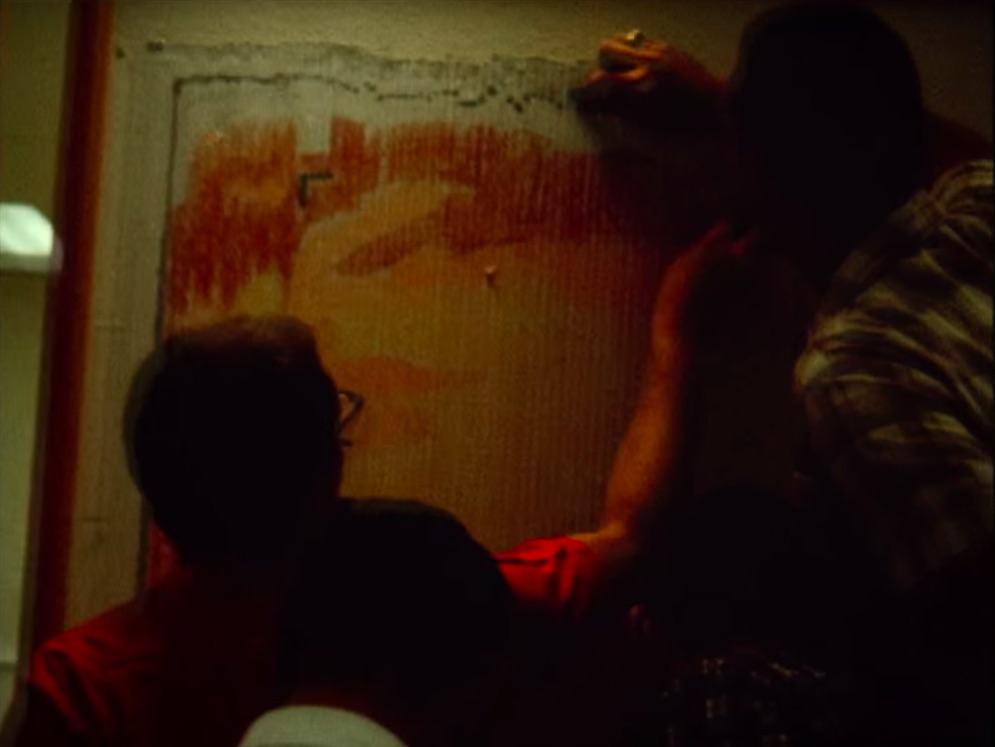 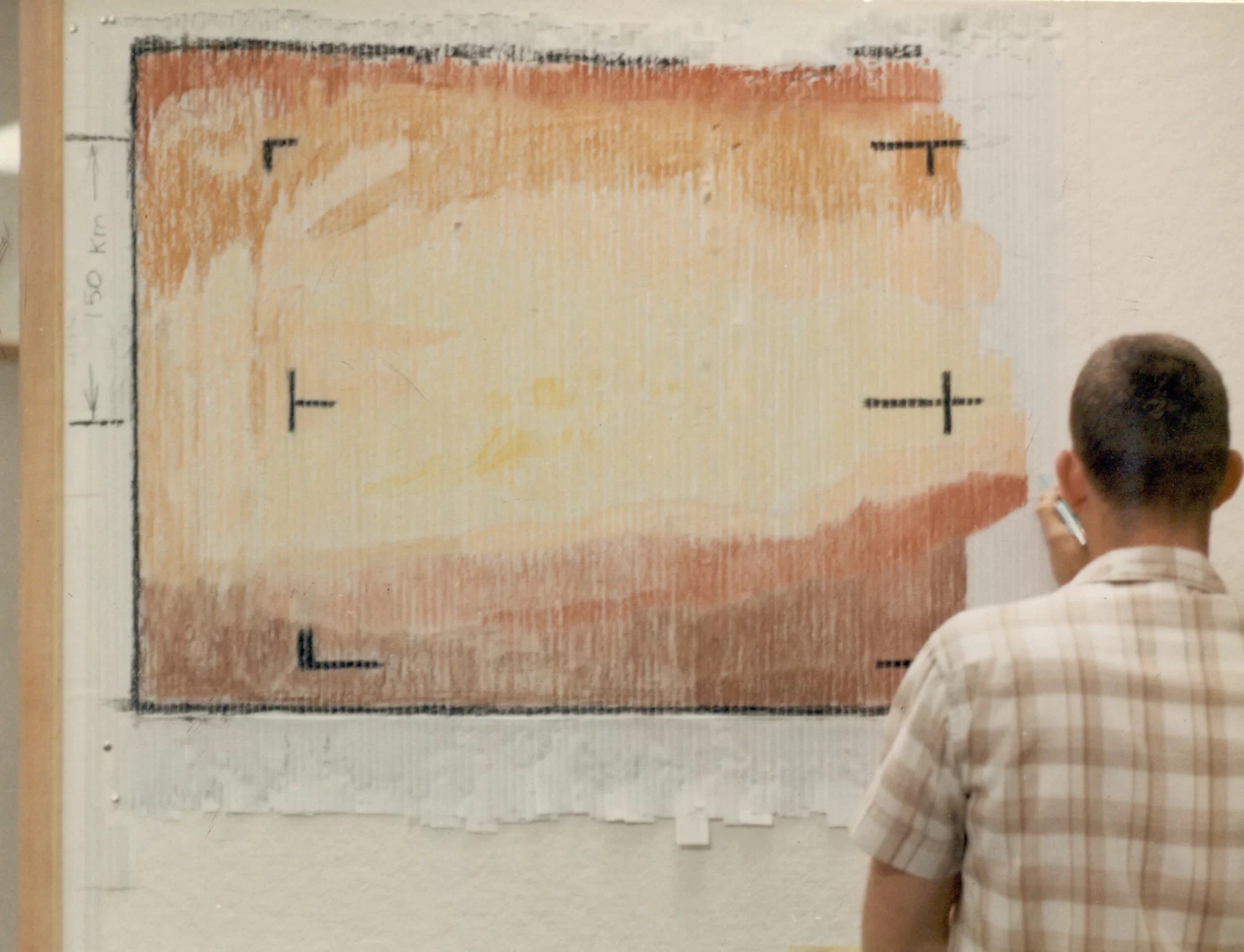 above: "A "real-time data translator" machine converted Mariner 4 digital image data into numbers printed on strips of paper. Too anxious to wait for the official processed image, employees from the Voyager Telecommunications Section attached these strips side by side to a display panel and hand-colored the numbers like a paint-by-numbers picture." From Space.com's Mariner 4: First Spacecraft to Mars. Credit: NASA

The COSMOS Magazine article First mission to Mars: Mariner 4’s special place in history July 14, 1965, forever changed the way we see Mars. Tim Wallace looks back at one of NASA’s greatest triumphs recounts some of the excitement that NASA scientists and engineers must have felt during:

...humanity’s first up-close encounter with the Red Planet on July 14, 1965, when the pioneering Mariner 4 spacecraft took the first detailed photographs of the Martian surface, paving the way for future missions to successfully land a probe on the ground.

Remember, this is several years before the first Moon landing!

One of the many interesting images in the article is this the photo shown below.

Question: Who were the "space artists" who were essentially doing this (possibly the world's first) paint by numbers rendition of Mars.

Digital image data transmitted by Mariner was converted by a "real-time data translator" into numbers printed on thin strips of paper. Too impatient to wait for the official processed image, members of the telecommunications section at NASA's Jet Propulsion Laboratory manually arranged the strips and hand-coloured the numbers to produce the above picture. The completed image was subsequently framed and presented to JPL’s director, William Pickering. 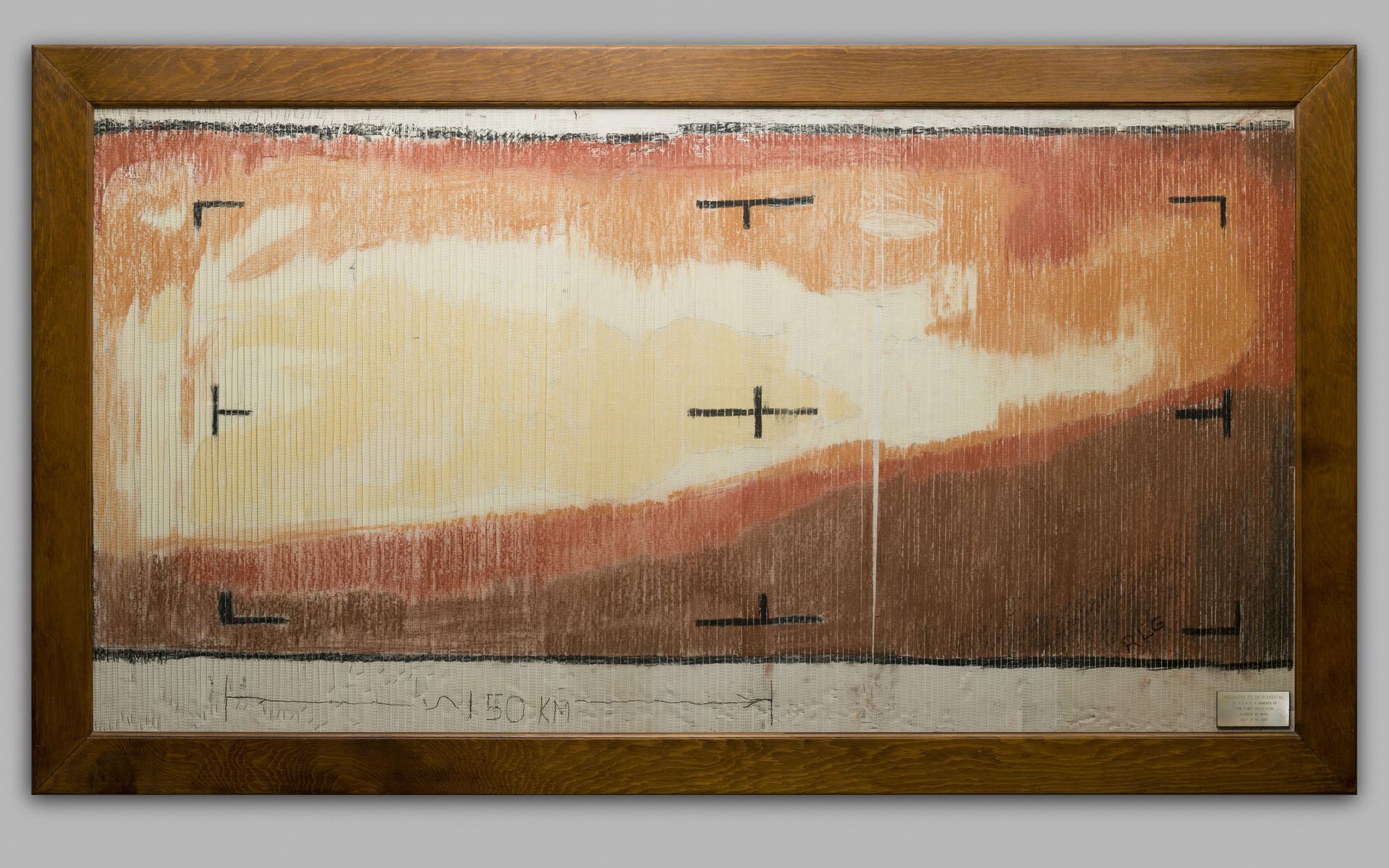 above: "A hand-rendered picture from data transmitted by Mariner 4, made by eager scientists who didn’t want to wait for the official image. CREDIT: NASA / JPL-CALTECH / DAN GOODS" From COSMOS Magazine.

I have finally tracked it down! In a recent question: Do Mariner 4 Hand Rendered Images Still Exist here, this was linked: http://www.directedplay.com/first-tv-image-of-mars

In it we have this quote from Dan Goods who, as Jezero mentioned, is head of the Studio at JPL which manages creative projects:

I was able to interview Richard “Dick” Grumm, who is the one who made the image (his initials “RLG” can be seen in the lower right hand corner)

So in answer to your question, it was Richard Grumm and his team. He was the one that went to the local art store to get the pastels used.

It also has some truly amazing details, like the fact that they didn't even mean to use red! They just wanted a greyscale color palate but didn't have chalk.

Not the answer you're looking for? Browse other questions tagged mars space-art spaceflight-firsts mariner or ask your own question.

17
Who is the artist of this image appearing in an article about a Russian space laser?
14
Do Mariner 4 hand rendered images still exist?
3
How to understand this complicated plot for Mariner 4's mid-course correction (to Mars)?

4
Who are the space artists behind these images of the Boeing X-20 Dyna-Soar?
3
What are the louver-like structures on the sides of the Mariner 4 probe?
17
Who is the artist of this image appearing in an article about a Russian space laser?