What are the louver-like structures on the sides of the Mariner 4 probe?

The COSMOS Magazine article First mission to Mars: Mariner 4’s special place in history July 14, 1965, forever changed the way we see Mars. Tim Wallace looks back at one of NASA’s greatest triumphs recounts some of the excitement that NASA scientists and engineers must have felt during:

...humanity’s first up-close encounter with the Red Planet on July 14, 1965, when the pioneering Mariner 4 spacecraft took the first detailed photographs of the Martian surface, paving the way for future missions to successfully land a probe on the ground.

Remember, this is several years before the first Moon landing!

The article shows several views of Mariner-4, and this one reminds me of an old slide projector both because of what looks to be the central lens (is that Mariner's camera?) and what looks like louvers or air vents on either side.

Question: What are the structures on either side in this image, that look like louvers or air vents? What is their function?

After some googling, you were indeed right it is Temperature control louvers. 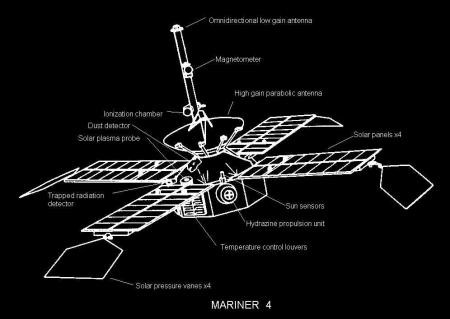 More detailed labelling for mariner 5 is in this image 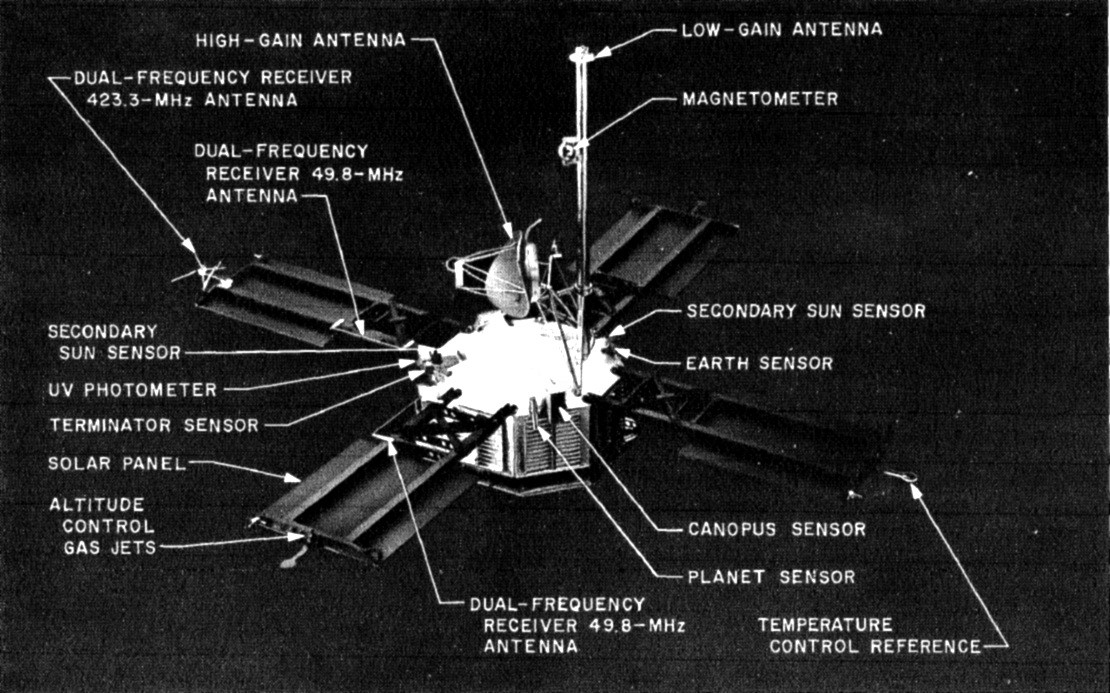 These louvers control temperature inside the spacecraft. It is a passive temperature control system. Spacecraft Thermal Control

Accordingly, it seems that circular thing is a thruster 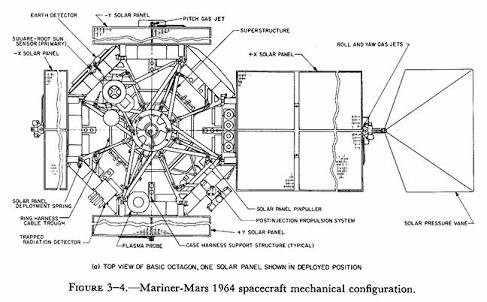 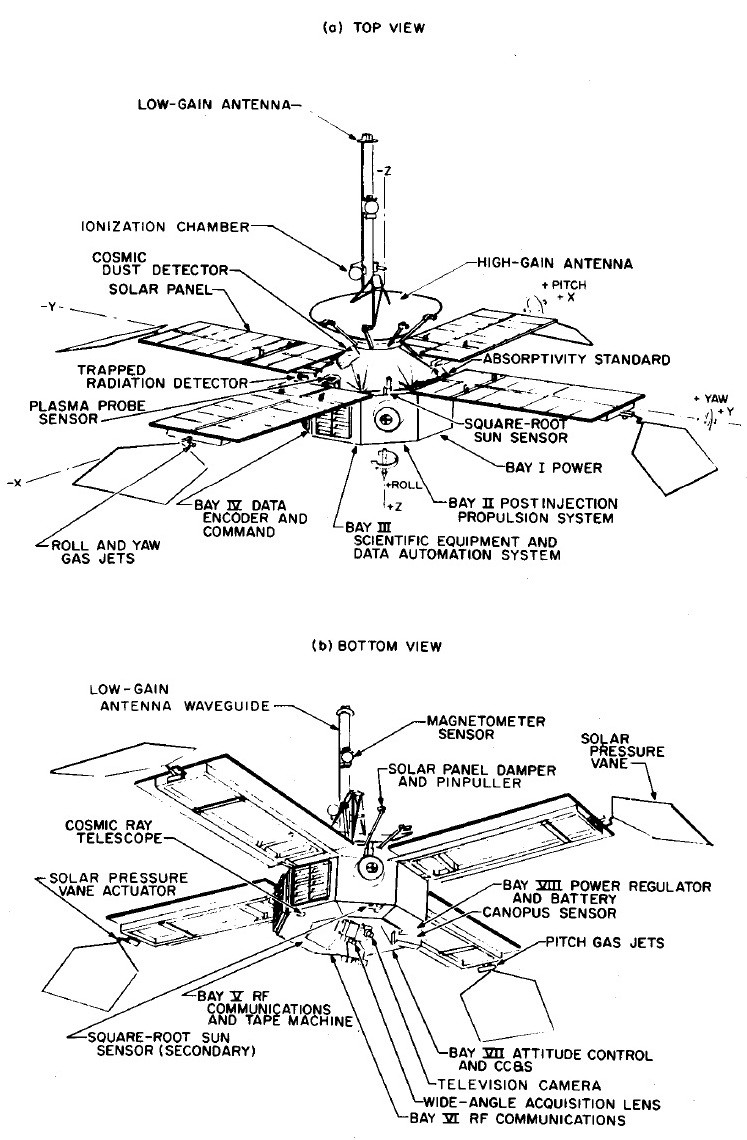 I just ran across the louvers in close-up view! 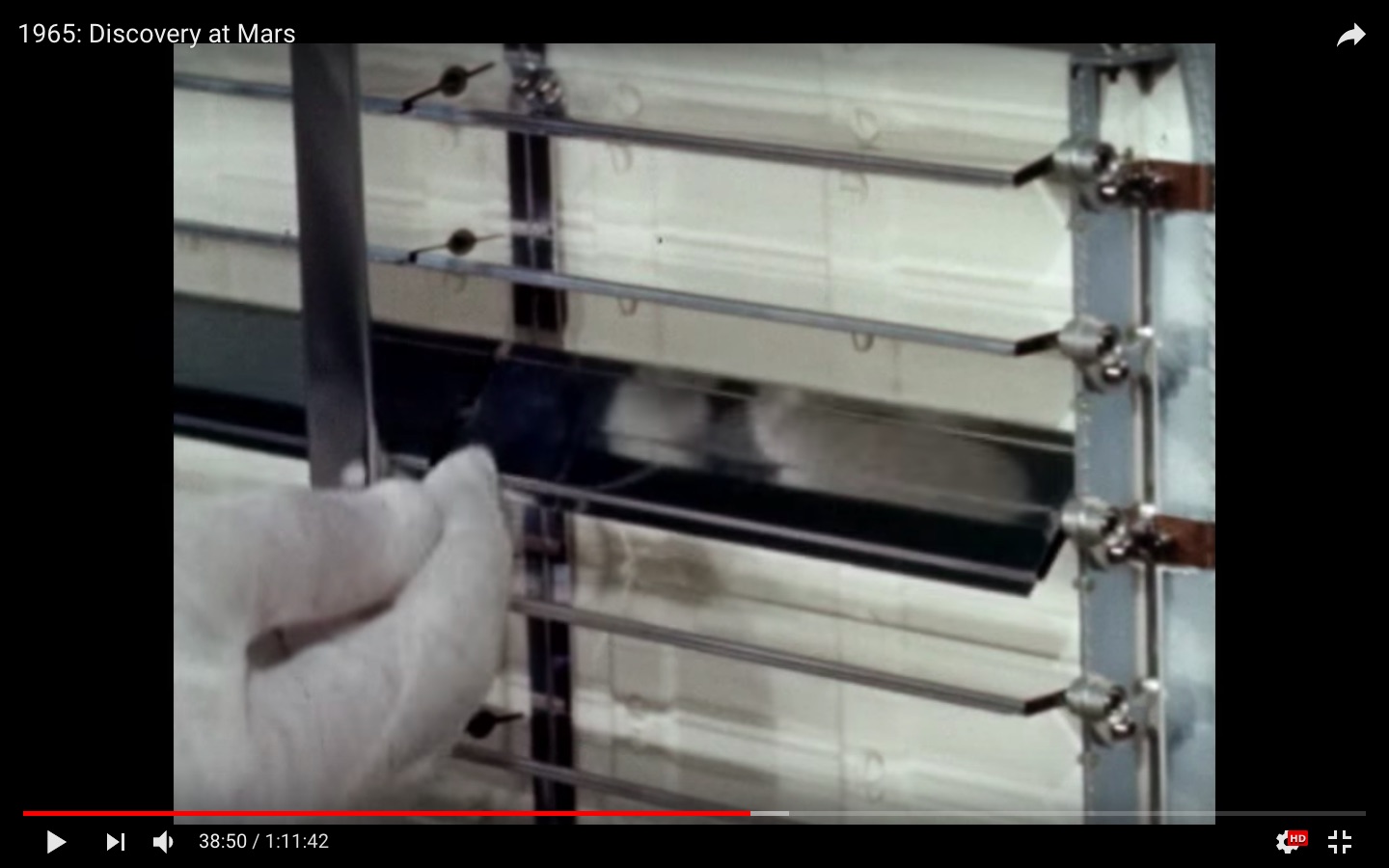 Not the answer you're looking for? Browse other questions tagged mars nasa identify-this-object mariner or ask your own question.

12
Temperature of a satellite orbiting in low Earth orbit
13
What are these air-vent-like structures on this satellite?
2
In what conditions are the electronics of New Horizons housed?

13
What are these air-vent-like structures on this satellite?
6
How was the name of the Mariner Program chosen?
2
Do you recognize these space artists who made this (possibly) first “paint-by-numbers” image of Mars?
13
What is the principle behind Mariner 4's “Solar Pressure Vanes”? In what case(s) would they be effective?
2
What are these two very large, round panels on opposite sides of AngoSat-1?
7
What was Mariner 10's lowest perihelion radius?
7
What are these antenna-like structures seen in Oleg Artemyev twitter video?
9
What is the white spray-pattern residue inside these Falcon Heavy nozzles?
10
What is all this about? (photo of several small cup-like structures on top of Perseverance)