The appearance of TESS' dish seems to be evolving, what will be the final configuration?

The question Why is TESS' high gain antenna made of undulating BLACK fabric rather than metal? has had three bounties, and is probably the recipient of this sites longest answer.

My personal pet theory was that the undulations were a diffractive surface for the RF so that the receiver would be at an RF focus but not an optical focus, since TESS' attitude may unavoidably point the dish toward the Sun. However, now TESS is shown with a presumably RF-transparent cover over the antenna.

You can see lots of detailed photos of the construction of TESS and its individual components in the recent Spaceflight 101 page Photos: TESS Spacecraft Assembly & Testing 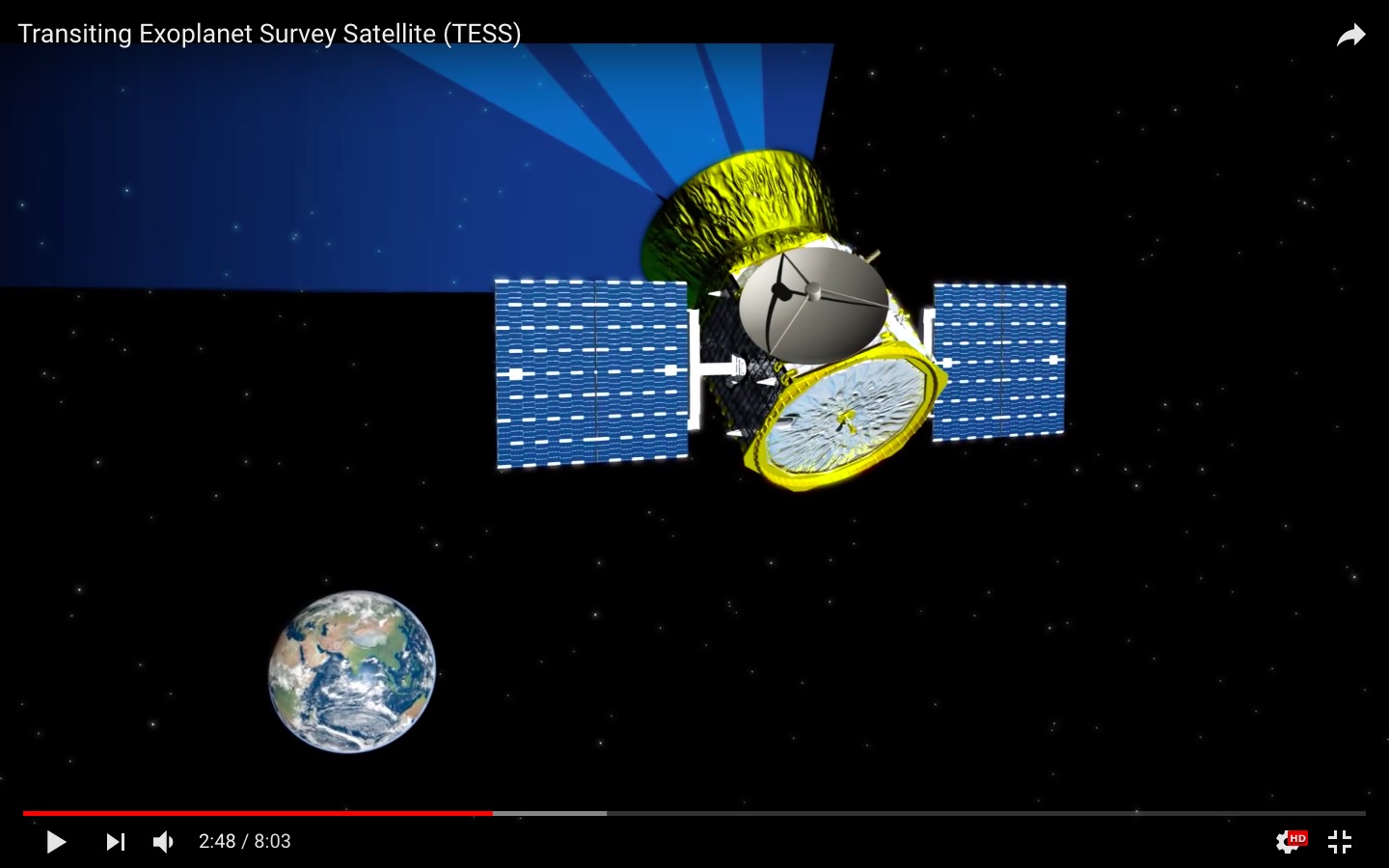 I just saw the Mashable article TESS is about to become your new favorite NASA mission which links to the new NASA video NASA’s New Planet Hunter: TESS and in this animation there is what looks like a fabric cover over the antenna, which is also shown in the photograph of TESS below, seemingly close to ready for launch.

Question: The appearance of TESS' dish seems to be evolving, what will be the final configuration? Will there be a fabric cover over the antenna once deployed? Will it still have that undulating black fabric on the dish under the white fabric cover? Was the cover over the dish added to the design recently? 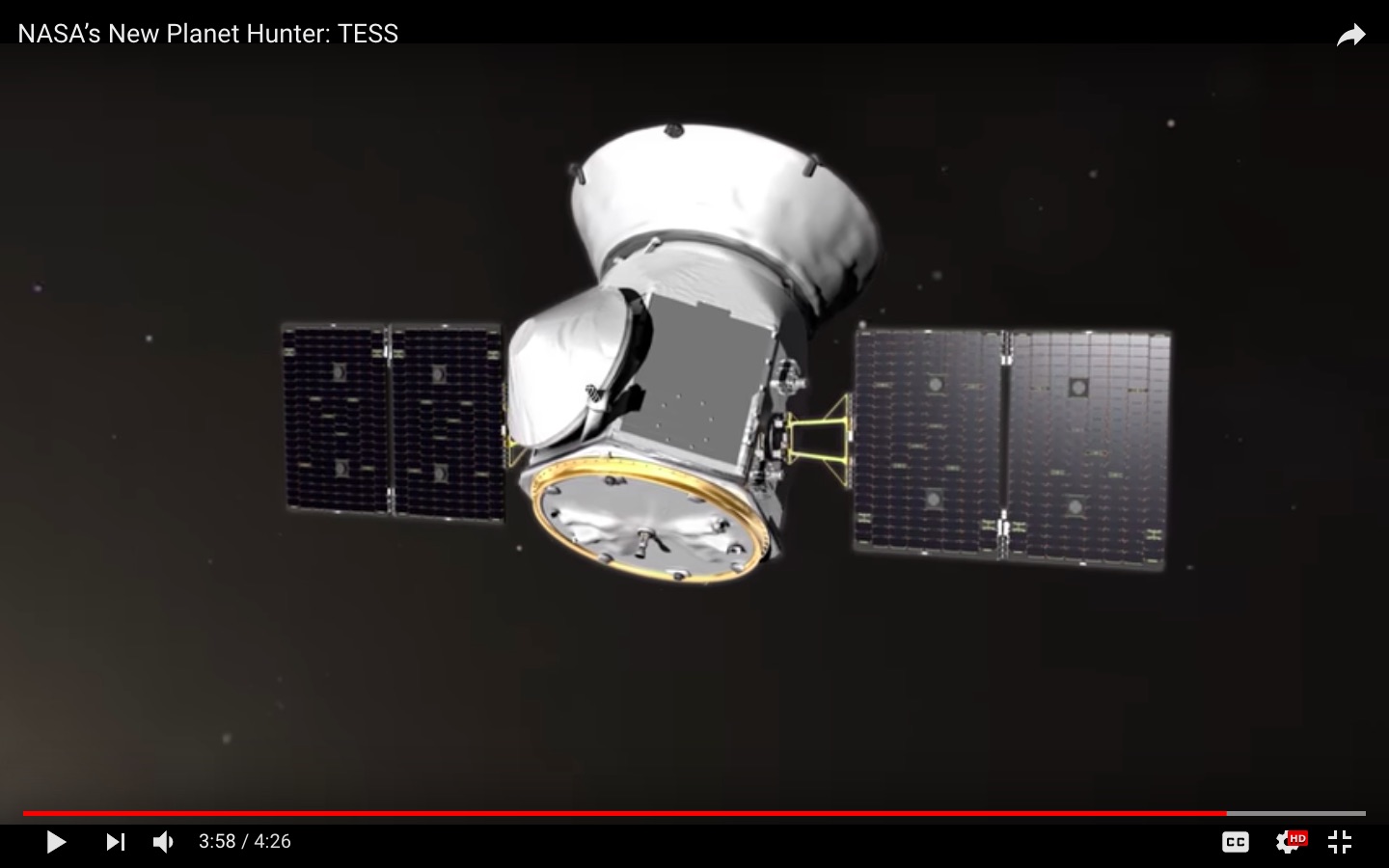 below: TESS on Earth. From Mashable. Credit: NASA 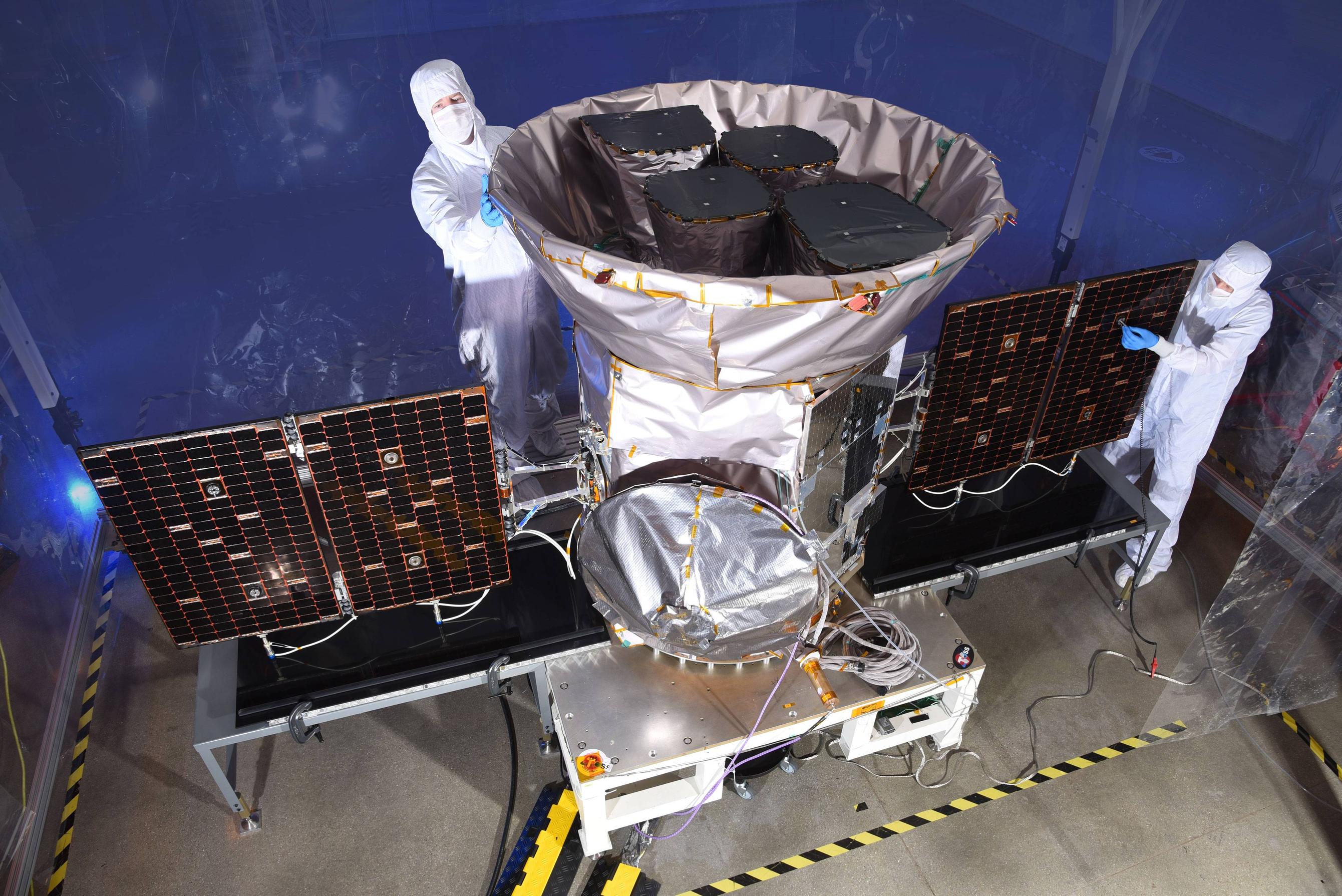 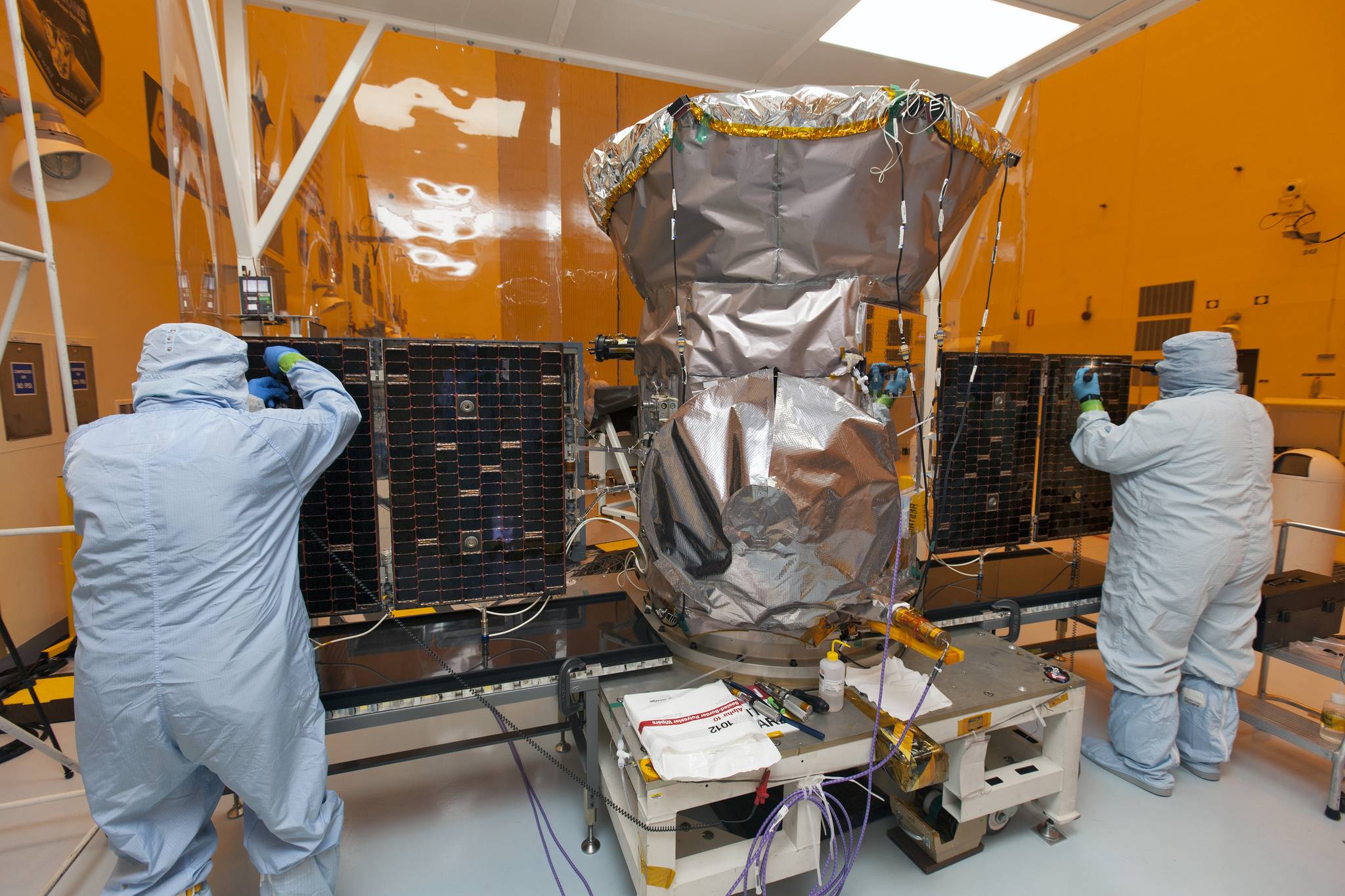 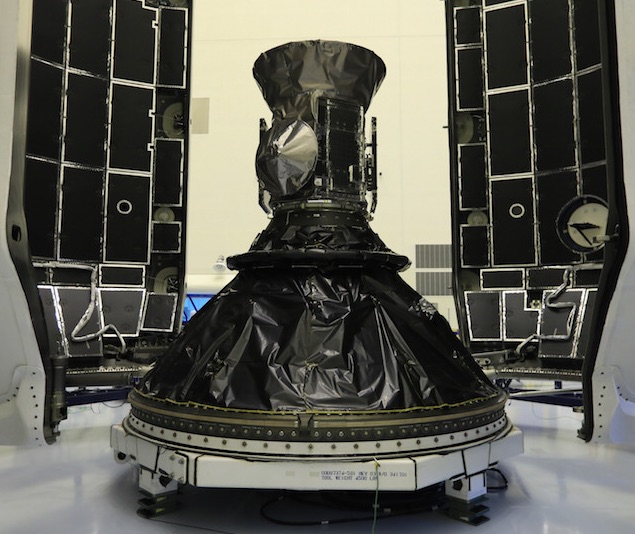 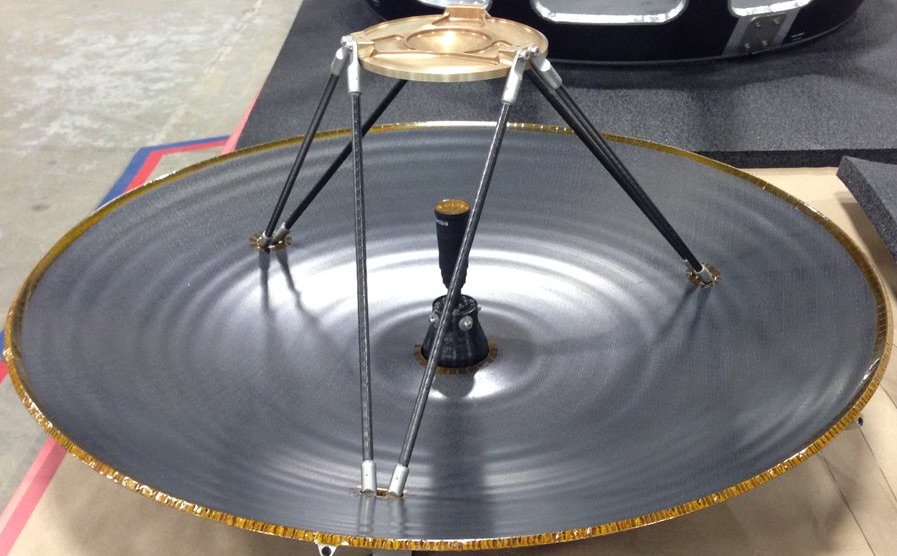 I'm afraid there is nothing terribly exciting about the "ripples". They are just artifacts of the manufacturing of the graphite composite fabric that is used for the shell of the dish. The shape is a plain vanilla reflector (axis displaced reflector, if you must know) with no important surface features. And as was mentioned, before launch the whole reflector was covered with an RF-transparent sun shade thermal blanket to help control its temperature.

Not the answer you're looking for? Browse other questions tagged radio-communication antenna tess or ask your own question.

8
What is the function of this array of what looks like mirrors on TESS?
9
When did deep-space probes start getting wrapped in germanium-coated film?
8
Why is TESS' high gain antenna made of undulating BLACK fabric rather than metal?
2
Will there be "Near Space" Ka-band allocations for TESS?
0
How did Mariner 2's ridged radiometer dish focus two microwave bands but diffuse IR?

2
Will there be "Near Space" Ka-band allocations for TESS?
3
Why are there so many waveguide feeds (?) near the focus of Cassini's dish antenna?
8
What is the function of this array of what looks like mirrors on TESS?
4
Any news of TESS' lunar flyby; how well did go?
2
What causes these cross-shaped artifacts in TESS' first images?
2
Function and nature of the RHC/LCH pair of cables to New Horizons's dish antenna secondary mirror?
2
Did New Horizons use its smaller medium-gain antenna for most/all downlinking of Pluto and Arrokoth flyby data?
1
Is OSIRIS-REx's high gain antenna nearly the same as TESS'? If so, why?
9
When did deep-space probes start getting wrapped in germanium-coated film?
3
What is a Beam Waveguide dish and why do deep space communications stations use them?