How to determine rocket launch path for photography?

I want to start space launch photography and have been wondering how to get the path in frame. I have been looking at rocket paths and it seems like there is some kind of navigation that guides the rocket during launch. Are there reliable sources or methods or both that would be able to determine the path?

You can get a better idea of what some recent launch trajectories look like in 3D by spending some time at flightclub.io. For example I used one of the images below in this answer, but you can find many questions and answers in this site that draw from flightclub.io's growing database of detailed launch simulations and 3D viewer, such as this answer for example.

See this answer for a variety of some other resources on trajectories and orbits.

...added tools specifically for photographers. Click on "Camera Tools" under the top-left hamburger menu on those pages to set your own coordinates, elevation, FoV, aspect ratio, etc, to see how the launch trajectory will appear from your position. Here's an example of my own view of the Falcon Heavy Test Flight. 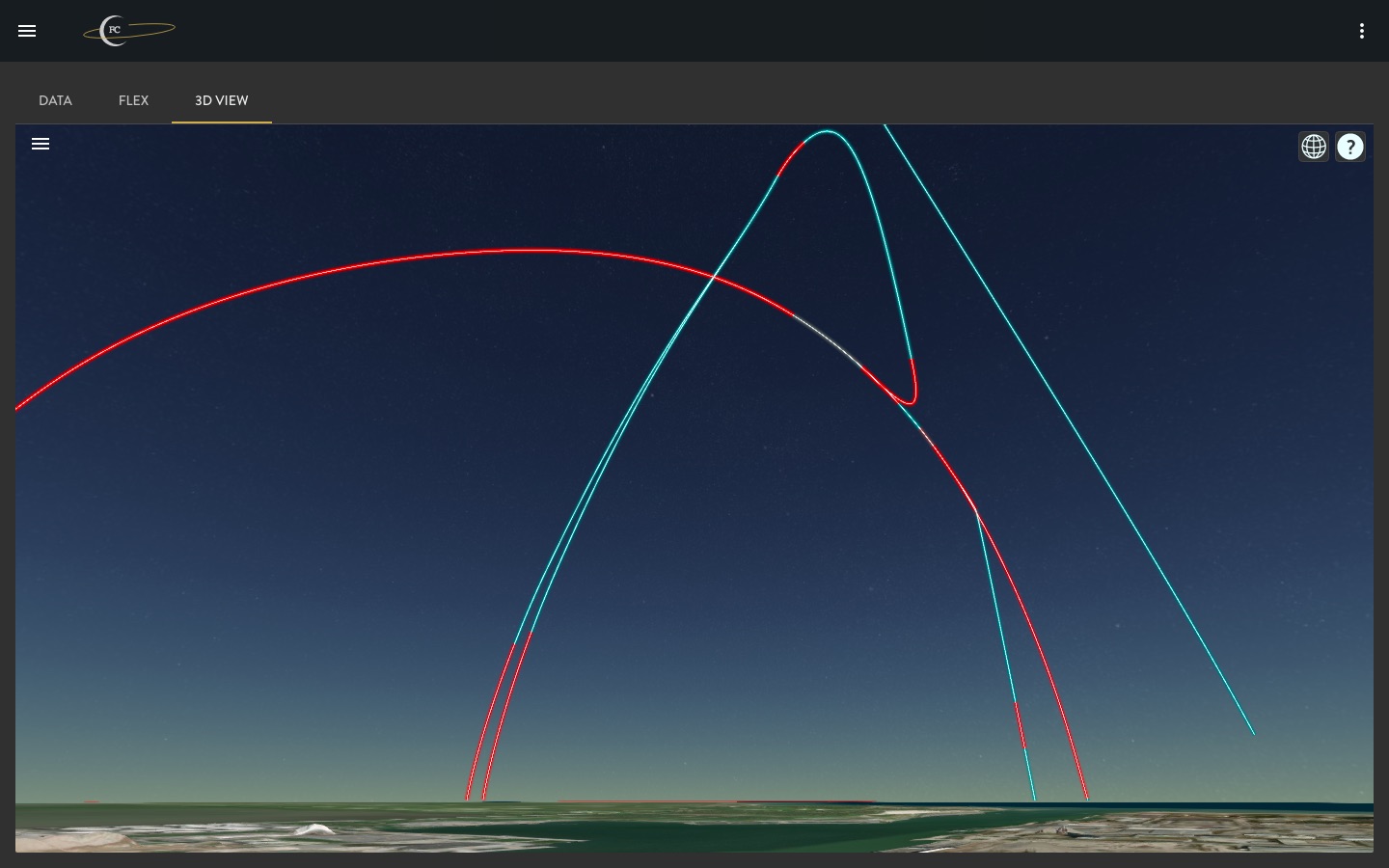 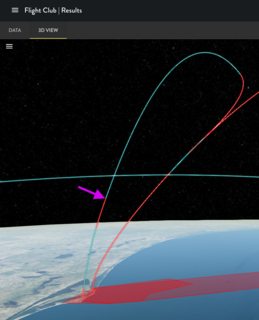 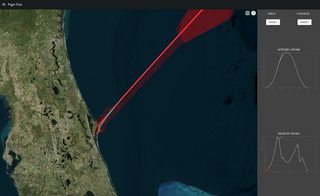 Launches create temporary flight restrictions, closing a section of airspace to air traffic while the rocket passes. They can be looked up with the FAA shortly before a flight (a matter of days, I believe).

For instance, this TFR for a past SpaceX Iridium flight shows a corridor heading south from VAFB which can be extended in a straight line to show the rough path of the rocket during its ascent.

I'm sure many launch photos you've seen were planned simply from past experience though. You can know most flights from VAFB will follow the same general path for instance, because the majority of it's operations fly south into polar orbit. You can know that almost every big geostationary communications satellite flying out of Florida will follow roughly the same course through the sky, after getting more than a few dozen miles from the launch site (individual pads can be a dozen miles apart meaning that the closer you are to the launch site the more the particular pad matters).

Not the answer you're looking for? Browse other questions tagged launch photography or ask your own question.

9
What is this debris on the CRS-10 reentry at T6:30?
6
Simulating launch velocity of falcon 9
9
Are any tools available for realtime visual tracking of live launches?
3
How can I find sources for Launch Trajectories?
1
How can Flightclub.io Camera Tools be used to simulate launch photography geometry?

8
What would one learn by borescoping a rocket engine after an aborted launch?
11
What would make a rocket sled launch feasible?
6
What is the time breakdown for getting a rocket like the Falcon 9 or Atlas 5 ready for launch?
6
Where can I find high quality "descent" photos at as many different altitudes as possible?
7
Saturn launch precautions for clearing tower?
1
How many stages needed for a launch ? How to plan a launch
4
How to find the optimal launch trajectory for a rocket launched from a planet with an atmosphere?
28
Would it have been possible to launch rockets in secret in the 1960s?
9
Rocket launch: closed vs. open loop?