What is the deepest we have penetrated a terrestrial body other than Earth?

Curiosity drills 6.4 cm (2.5 inch) holes on Mars. Comet harpoons have been proposed for future space probes. There are a number of ways in which we can penetrate the surface of terrestrial bodies, but I'm interested in what is the deepest we've gotten so far. As of April 2018, how deep have we gone (measured in vertical distance below surface)?

(To clarify, by "terrestrial" I mean to include all dwarf planets, comets, asteroids, moons, and terrestrial planets, unless by some marvelous exception it would stretch the definition too far--like a gas dwarf planet, were one to exist.)

In July 2005, the Deep Impact mission released an impactor that excavated a crater, estimated to be 100 meters wide and 30 meters deep, into comet Tempel 1. 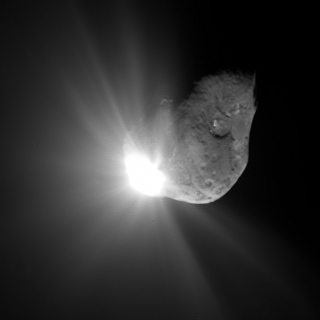 The non-comet runner up is probably the crater on the moon created by the impact of the Centaur upper stage from LCROSS. NASA estimated that at "approximately 28m (92 feet) in diameter by 5m (16 feet) deep".

Since the question is about terrestrial bodies, maybe the Deep Space 2 mission penetrating about 0.6 m (or 2 ft) into Mars was the deepest. At least that's what it was designed for, but we don't know if it reached that depth.

Translation: "Overall depth of drilling was 225 centimeters." That was Luna-24 in 1976, bringing back some Moon rocks.

As in previous soil-return missions, telemetry relayed information to ground control on the performance of the drilling mechanism and the process of loading of the samples into the return vehicle. (393) Data showed that Luna-24's drill reached a depth of two meters under a 30-degree angle toward the local vertical, penetrating 225 centimeters deep into the soil. (398) As a result, a 260-centimeter flexible tube with a diameter of 12 millimeters was partially filled with lunar regolith. The tube was then coiled in a spiral-like fashion on a special drum with a diameter of 80 millimeters, which in turn, was sealed inside the metal storage container of the reentry capsule. 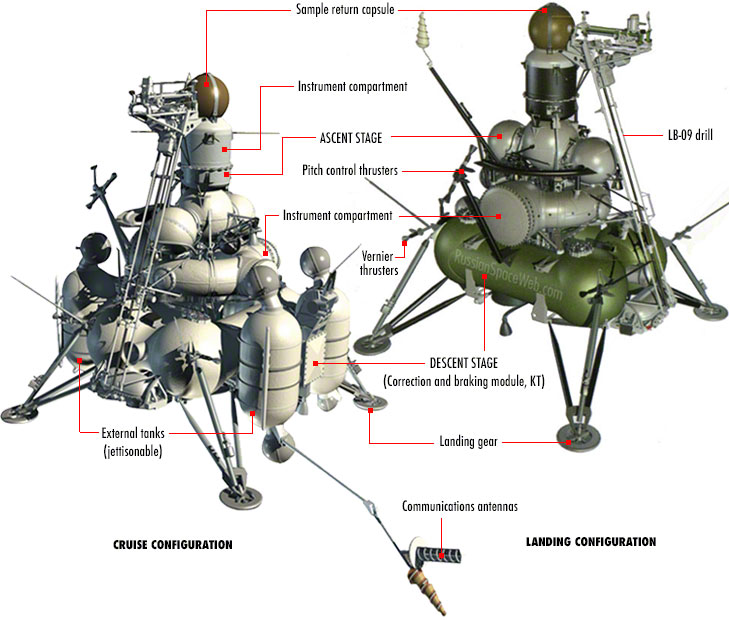 As @Muze pointed out in a comment, the InSight Mars lander is the latest project of this kind on Mars. It begins digging this week and is designed to reach a depth of 5 m in approximately two months.

EDIT2: wasn't aware the definition of 'surface' for a gas giant related to phase change, not to reaching some arbitrary pressure (e.g. 1 atm)

In 2012 Galileo was crashed into Jupiter and lasted 78 minutes, not clear how they define "penetrate the surface" or "depth" on a gas giant:

The probe’s heat shield, made of carbon phenolic, was able to withstand the 15,500°C ball of plasma caused by this sudden deceleration, producing light brighter than the Sun’s surface. It remained active for about 78 minutes as it passed through Jupiter’s atmosphere, losing more than half of its mass in the process before being crushed by the huge pressure.

Not the answer you're looking for? Browse other questions tagged planetary-science lander sample-return or ask your own question.

9
Can you have a rainbow on any bodies in the solar system besides Earth?
12
Why are the Rings of Saturn so much brighter than the other planets?
6
Can a planet or other large body be a superconductor?
11
Is it easier to land on Europa/Io than on Mars? What are the main considerations?
2
Can spacecraft magnetometers be used in orbits of planets other than Earth?
12
What would happen if an Earth-sized body encountered Jupiter?
7
What forms of water ice have been observed and verified in the solar system?
1
What are some objective that CubeSat's can complete/have completed?
4
What's the deepest a trench could theoretically be dug on Mars?