Why is Curiosity remaining on the Vera Rubin Ridge for so long?

Have the MSL mission team members become overwhelmed by the iron-rich rocks on the ridge ? 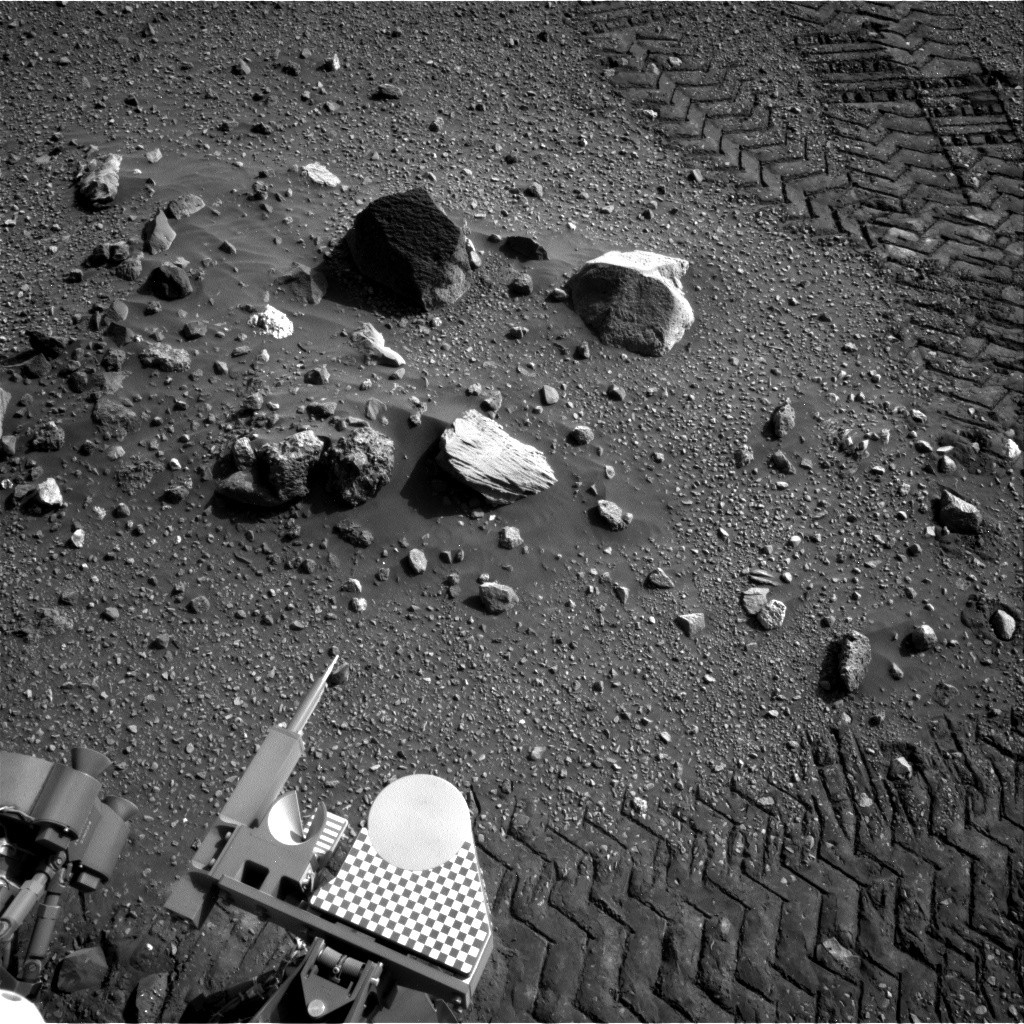 Or has Curiosity to drive around in circles for some reason ? 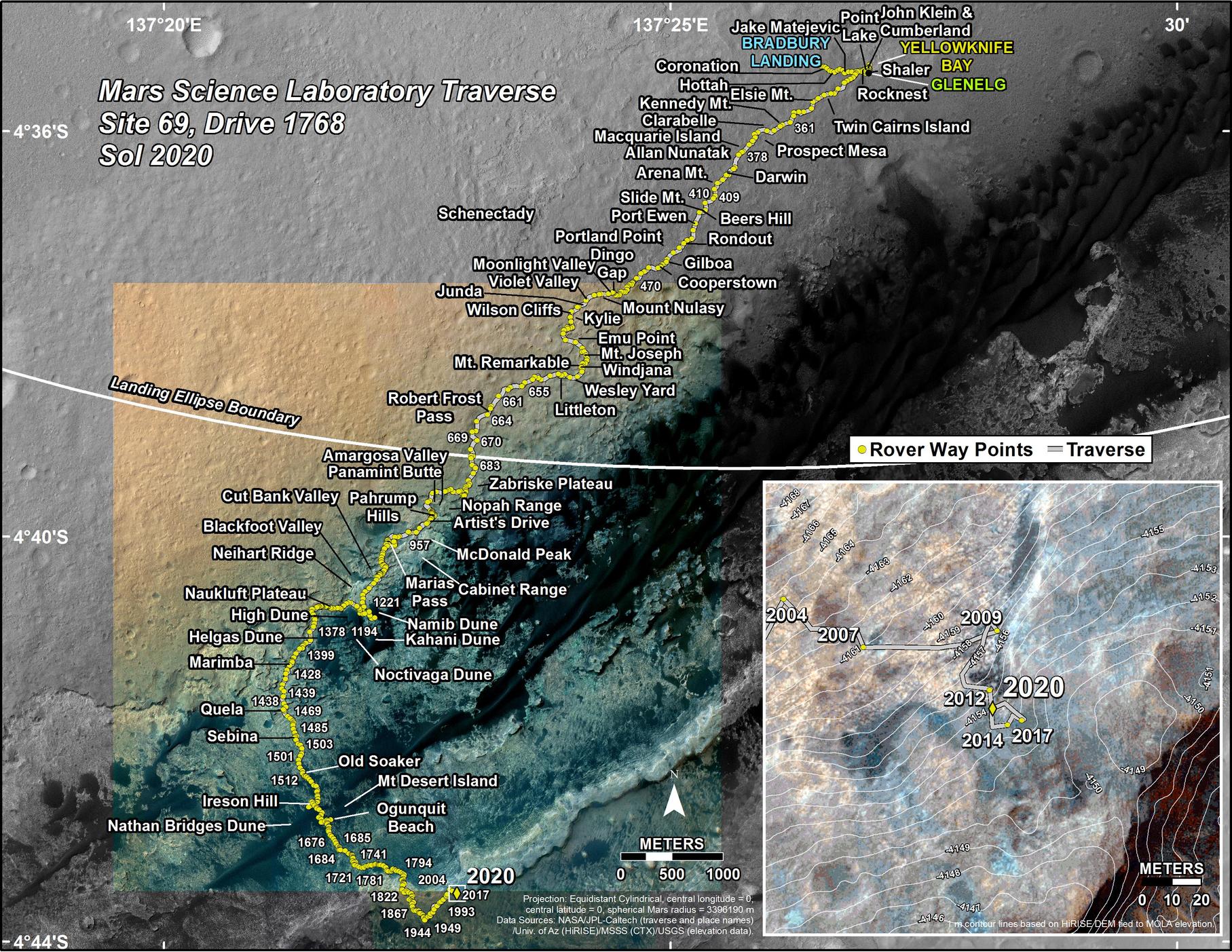 There are several causes:

When I last left the rover back in September, it had just climbed onto Vera Rubin Ridge. Since then, it has slowly maneuvered southish atop the ridge, encountering colorful rocks. Progress has occasionally been interrupted by various issues (uplink failures, arm faults, short drives, et cetera) that led some team members to joke that the ridge may be cursed. Nevertheless, the rover has driven about 600 meters, delivered multiple Ogunquit Beach samples to SAM and one to CheMin, and even run its first (intentional) wet chemistry experiment.

The rover hasn't moved very far since my last update. The team is taking its time to investigate "blue" patches of rock, which have unique properties. ("Blue" is in scare quotes because the actual color is gray, it just looks blue in the contrast-enhanced color HiRISE images that the team uses to plan their traverses.) They also have to wrap up investigative work on the sample that had been held in CHIMRA (a scoop of sand from the Ogunquit Beach site), and prepare the SAM laboratory analysis instrument to accept a new sample. SAM is power-hungry, and the rover has less available power than it used to; most activities involving SAM leave the rover with little power to do much else for the rest of the day.

The team is excited to be exploring Vera Rubin Ridge, as this hematite ridge has been a go-to target for Curiosity ever since Gale Crater was selected as the landing site

The plan is to do several drill operations on Vera Rubin (from the same blog post):

If FED/FEST works, we could see as many as four drill sites on the top of Vera Rubin Ridge, Ashwin told me. They want to get the drill into "blue" material first, and then into the relatively red stuff nearby. Both of those rock types are in the upper part of the ridge. Then they want to drive to another spot, probably to the northeast, where they can drill into rock that forms the lower-elevation parts of the ridge. Finally, if things are going well, they could do a fourth drill spot in a location in the Murray formation right below the ridge materials. That might be too much to hope for, though, and obviously plans could change depending on their experience at the first attempted drill site.

This blog post confirms that some of the drill attempts on Vera Rubin failed, and were attempted again later after troubleshooting the drill. Also, one of the rock types they want to drill is proving difficult to find.

Only red Jura is left to be drilled. It may be difficult to find a spot soft enough for the drill, however. The rocks in the foreground on sol 2250 don’t look good for drilling to my eye -- the way that the veins have eroded deeply into the rock suggests to me that the red rock between the veins is quite hard. Ashwin told me that they’ll assess red Jura drill sites by brushing and preloading the drill against the rock to see if either tool leaves visible scratches before making a decision whether to drill or to bump to another potential drill site.

In the longer term, the plan is to ascend Mount Sharp (of which Vera Rubin Ridge is a part).

Here's a map from August, 2017 showing the long-term plan: 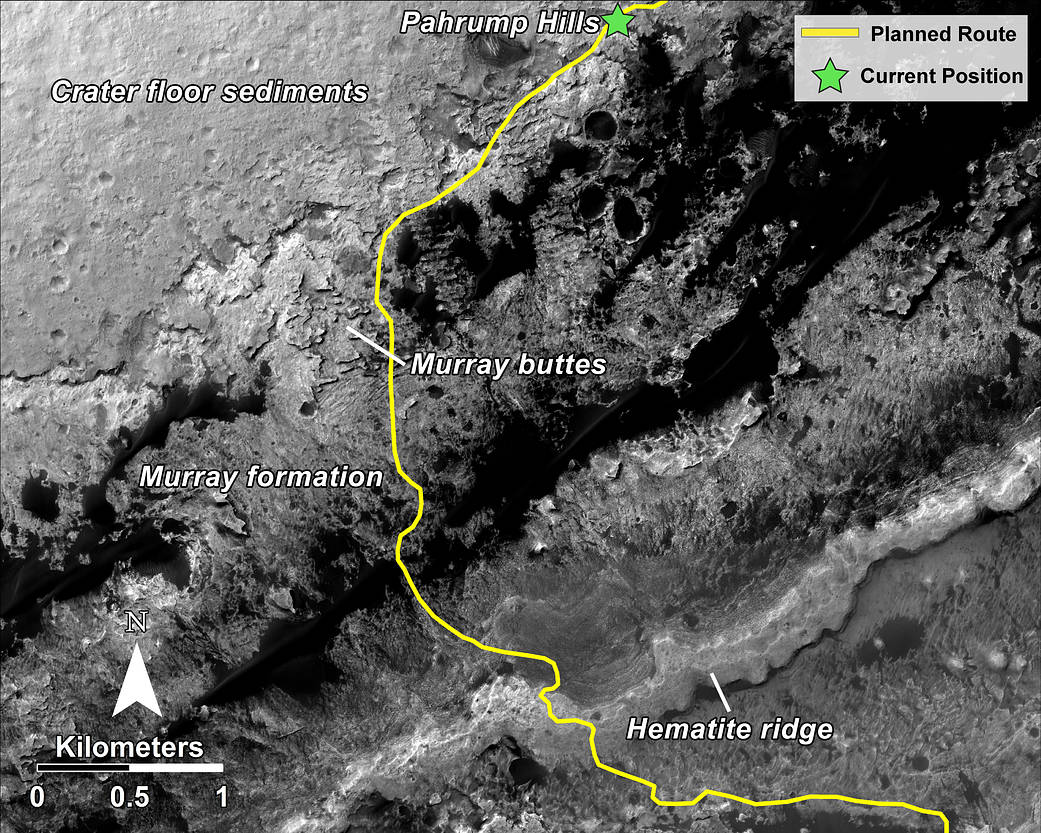 This shows about 10 km of planned driving from the then-current position. So there is a long-term plan, but it can be amended when the rover finds something interesting that requires a closer look.

Curiosity is old and may have glitches which may be a reason it has stayed so long. And the rocks there are interesting because they are "colorful". Also, there seems to be a lot to study there.

Not the answer you're looking for? Browse other questions tagged mars curiosity geology or ask your own question.

33
About how long will Curiosity last on its nuclear power?
55
Curiosity: Why did they “reinvent the wheel” instead of using pressure tires?
18
Curiosity is still dirty! How will the ExoMARS Rover keep its solar panels dust-free and collecting sufficient power?
5
Who discovered “Egg Rock”? The Curiosity rover or people?
2
Why doesn't the perchlorate on Mars' surface oxidize metallic meteorites?
19
Why is Curiosity not heading for Peace Vallis?
4
Have any systems on any Mars rovers failed (even partially) as a result of a dust storm? (besides loss of solar power)
4
Perseverance Rover to drive carefully for months while helicopter hangs from underside?