Orbital ATK developed the EAGLE spacecraft by modifying a ring-like structure often used to connect small satellites to their launchers, adding solar panels, computers, rocket thrusters and instrumentation to the adapter. The Air Force says EAGLE will a pathfinder for future missions, demonstrating a maneuverable satellite design that could help the military launch new capabilities at less cost.

Can someone sort this out for me? Is this one long name or are there separate components included in this phrase?

Assuming you're just asking about the acronym, I can break that down for you. 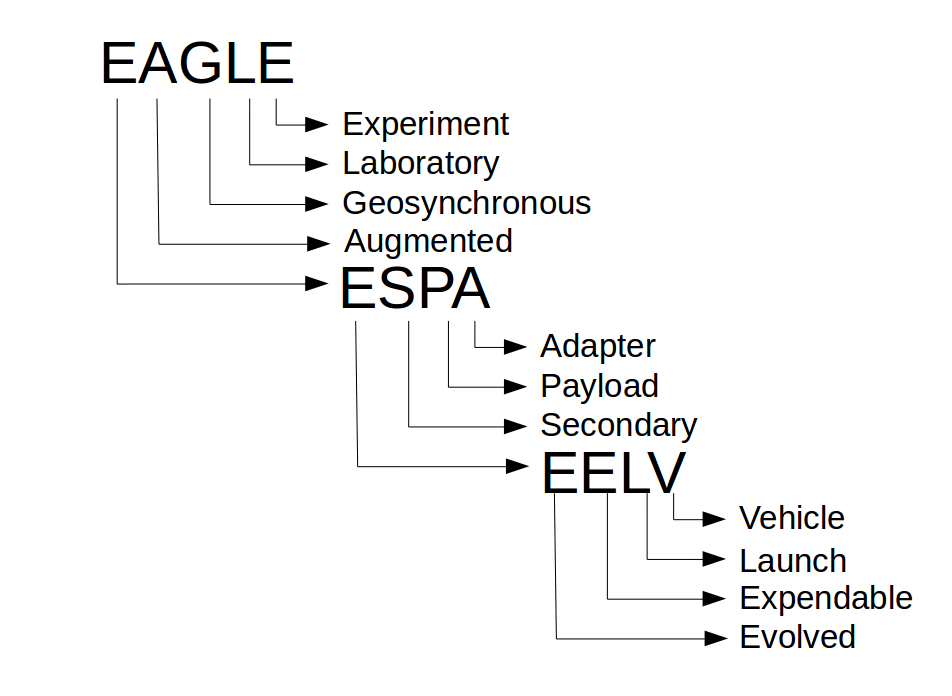 Not the answer you're looking for? Browse other questions tagged geostationary military secondary-payload or ask your own question.

28
Are there any “Third Order” acronyms used in space exploration?