Hovering Carbonite! Why do these satellite videos of Earth appear to be made from a geostationary location?

The BBC News article UK satellite makes HD colour movies of Earth has led me to a series of YouTube videos as well recorded by the Carbonite-2 spacecraft built by Surrey Satellite Technology to be operated by Earth-i.

The first video of Buenos Aires is quite striking, it looks like the viewpoint is not moving, even though the spacecraft is in a nearly circular LEO at about 500 km. https://www.n2yo.com/satellite/?s=43115

How is this possible?

Open the videos in a new tab/window and set to 1080p resolution and full screens if you've got 'em.

I'd thought about making an optical flow version but time does not allow, so I've just used screenshots and imageio found here.

It looks like the spacecraft was overhead, and in fact did move many degrees (as seen from the ground) during the 17 second video of Buenos Aires.

They are clearly remapping frame-by-frame using some reference in the image, and not the calculated surface of the Earth. If you look at the shore of the river which should be relatively constant elevation, the shore oscillates in areas that contain tall buildings, and in the opposite direction than the tops of the buildings. In areas with no tall structures such as the extreme right of the video frame, the shore is motionless.

See this GIF for that: https://i.stack.imgur.com/vkpGw.gif

This suggests that they are nulling something like the average motion in each region of the image, rather than using a calculated ground.

The best place to look to see what's happening is the pair of bridges at the top left corner of the first GIF. The tall buildings at the bottom right corner of the second GIF are also a giveaway.

Sorry for the vertigo-inducing GIFs!

below x2: The pair of (very tall) bridges in the first GIF, screen shot from Google Maps. 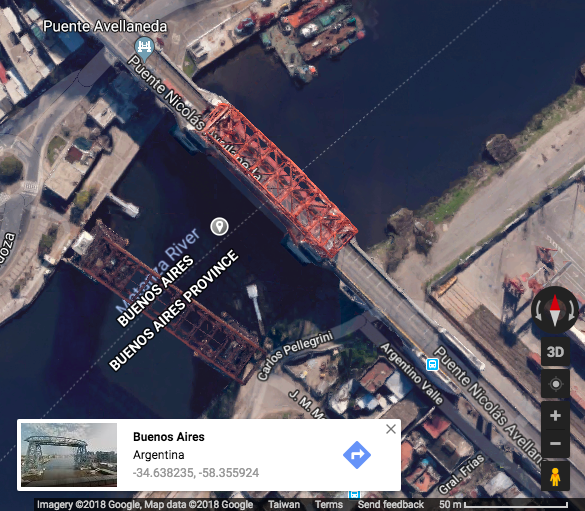 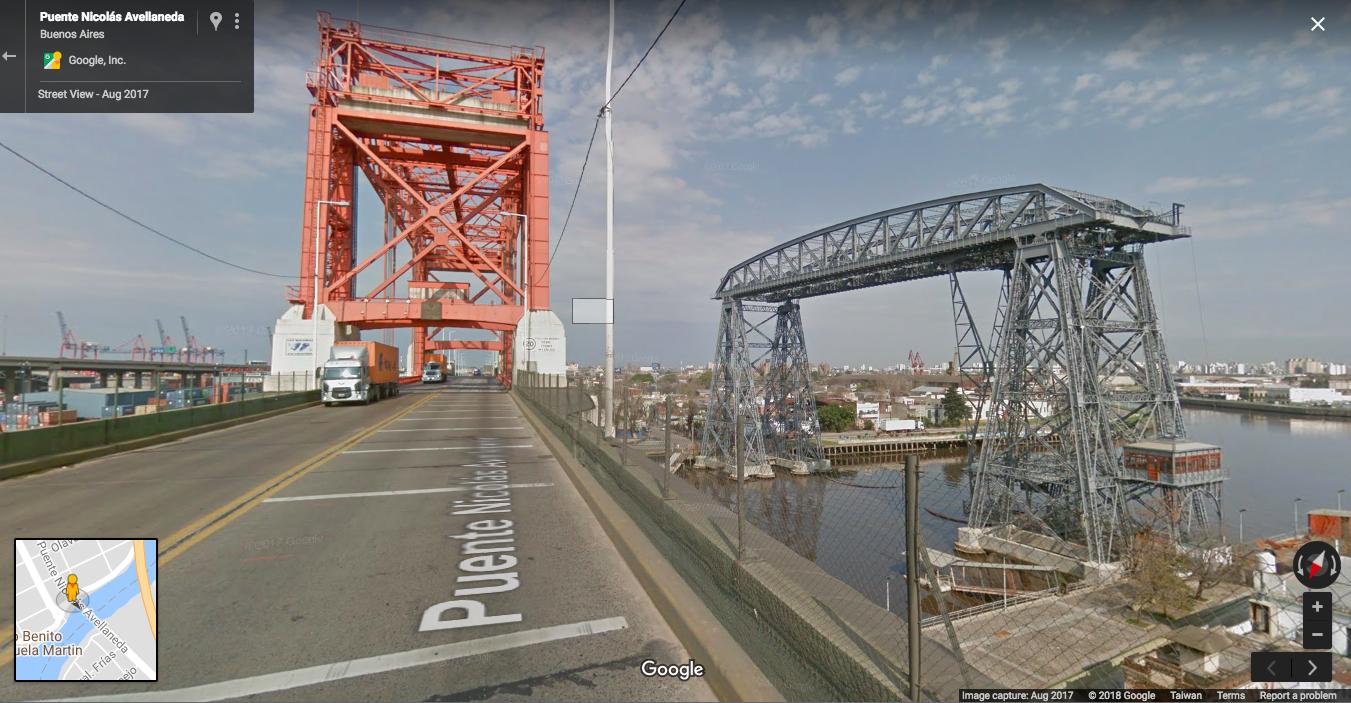 The videos are all very short The first one is 17 seconds, while the others don't seem to be any bigger. The altitude is just over 500 km. The distance moved during that time will be about 1250 km. Assuming the pointing is constant, the angle should be at most 15 degrees or so. This is reduced if the image is at an angle. If the satellite is pointed at a 45 degree angle, for instance, then the view angle difference will only be a few degrees.

I suspect that what is happening is the images are processed on the ground to not show any field of view distortion, although the perspective will change a bit. It's hard to know for sure, but I think I see a few slight distortions in the videos shown.

Not the answer you're looking for? Browse other questions tagged low-earth-orbit imaging earth-observation surrey-satellite-technology or ask your own question.

12
Are satellites able to stream real-time videos about certain parts of Earth's surface?
3
How big would a QR code have to be on my roof for a satellite to be able to scan it given today's allowable resolution?
5
Can image-stacking allow this 0.25 m satellite telescope achieve 0.65m resolution?
3
Hyperspectral Imaging from Low Earth Orbit
5
If all Starlink satellites had phone tier cameras & simple scopes, could images processed by their super-resolution imaging network be competitive?
4
How was an emergency landing site at Diego Garcia used during the Apollo program?
1
Earth’s Orbit speed and apparent motion question
2
Which Live satellites can the public view of earth?
1
How will EarthNow LLC obtain its real-time video of Earth?

8
Why is it so difficult to predict the exact reentry location and time of a very low earth orbit object?
4
Why are low earth orbit satellites not visible from the same place all the time?
10
Will SMAP produce predictable satellite flares visible to the naked eye from the surface of the Earth?
3
What are these bright streaks in MODIS Earth images? Why are they shaped this way?
4
Why are the poles of the Moon in Google Earth so different from other regions?
2
Why is there no image of the Earth taken from the lunar surface during Apollo 12,15 and 16?
1
Why does OGO-1's trajectory and imminent reentry come from sky surveys and NEO tracking rather than normal satellite tracking?
18
What is the name of the area on Earth which can be observed from a satellite?