First interplanetary launch from California! How far from Earth will InSight be when it separates from the Centaur 2nd stage?

edit: While I'd originally asked why this launch will use a polar parking orbit, it's clear to me now from answers to Why does InSight plan to launch from Vandenberg that the polar orbit just follows from geography, and that follows from launch site availability and scheduling.

The 59 to 66 minutes sounds like a 3/4 turn around the Earth, and then the 2nd burn of the second state will put InSight and its other payloads on a trajectory to Mars.

Question: How long will the 2nd burn of the Centaur 2nd stage last? How far from Earth (roughly) will it be when Insight is deployed? And will the Centaur do any further propulsive maneuvering (either main engine, or thrusters) to ensure that it doesn't follow InSight or the other payloads all the way to Mars? 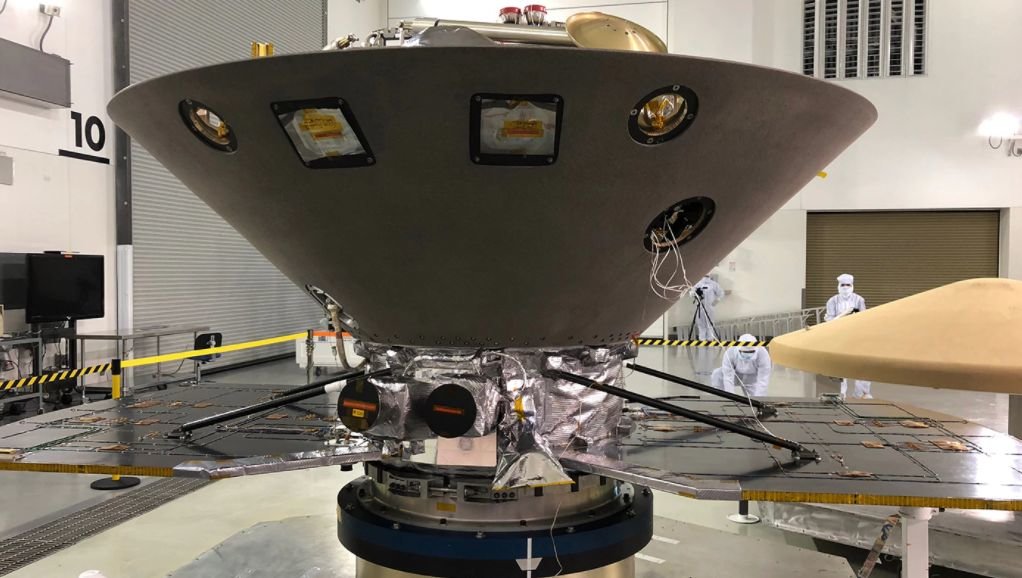 I understand I am (3 years) late to the party, but I was recently linked to this question and figured I could determine a pretty accurate way to answer question 2 of 3 (how far from Earth at separation). I know the question asks for "roughly" how far but I have seen many of OP's questions looking for far greater detail on other topics so I am hopeful this will be appreciated.

We can use the $C3 = 8.204 \frac{km^2}{s^2}$ with the 322.14 second escape burn and 540.04 second coast between the end of the second stage burn and spacecraft separation to determine how far from Earth InSight was at separation/deployment.

Above was done assuming an instantaneous burn (very not true), but we just needed a representative $\Delta V$ value and the errors this brings gets dealt with by distributing this $\Delta V$ over the burn interval of 322.14 seconds in an exponential fashion. For an assumed constant thrust the acceleration from a rocket stage (that is losing mass) is exponential w.r.t. time. The goal is to find a function that satisfies this: $$\int_{0}^{t_{burn}} a(t)dt = \Delta V = 3596 \frac {m}{s}$$ of the form $ a(t)=e^{\frac {t}{B}}$ (edit: this is not correct, but a good approximation that eliminates the need for detailed specifications of the booster stage and mission specific data). $a(t)$ is the acceleration (in $\frac {m}{s^2}$) of the combined upper stage and spacecraft during the escape burn. I used an iterative algorithm to find $B=85.6549$ for this scenario.

We can now simulate both the burn and coast phases of the trajectory with any trajectory sim of your choosing to get the following (or close to) results: 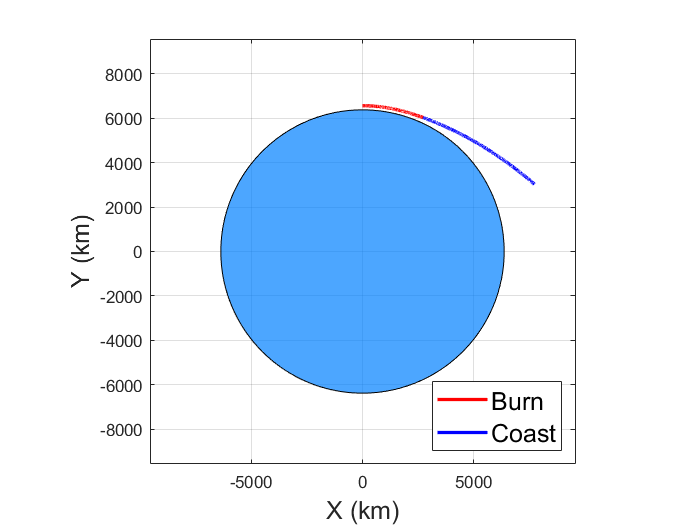 Answer: The separation occurs at an altitude of 1933 km in this simulation.

At the end of the simulation the C3 was recalculated: $C3_{sim}=8.111 \frac {km^2}{s^2}$ or 1.14% different from the actual C3, meaning any errors from prior assumptions is mostly eliminated. One could further refine the value of $B$ to drive the simulated C3 to the actual C3 but I leave this as "an exercise for the reader."

It also has some information on post-separation behavior:

I think that means there are two additional maneuvers after the 2nd Centaur burn, but it's not clear how large those are i.e. thrusters or main engine.

They're not so clear about altitude. It does say that "the parking orbit is nearly circular at an altitude of 115 miles (185 kilometers)", so the start of the 2nd burn should be about there. Not sure what the end will be.

Not the answer you're looking for? Browse other questions tagged orbital-mechanics launch trajectory insight spaceflight-firsts or ask your own question.

27
Why was InSight planned to launch from Vandenberg?
10
How does one dogleg from Florida to a sun-synchronous orbit?
6
Why did Mars Pathfinder have such a high atmospheric entry velocity?

3
Insight mission broken-plane maneuver needed?
27
Why was InSight planned to launch from Vandenberg?
4
Why would InSight's arrival date at Mars be fixed, and independent of the launch date?
5
How can the two MarCO cubesats remain reliably close to InSight during their six month trip to Mars?
4
Did InSight take a "mean left" turn on its way to Mars? Is it an out-of-plane maneuver?
2
Did the Perseverance rover's Atlas 5 really "leap off the pad"? If so, was it because the payload is tiny, or because it's going to Mars?