What is the feasibility of a rocket hobbyist achieving a LEO orbit with a microsat?

Along with being a rocket hobbyist, I'm also an Amateur Radio Operator. I would like to determine the possibility of placing a "microsat" a miniature packet radio satellite, into a low earth orbit.

It isn't really feasible to launch your own rocket, unless you have a lot of money to spend. The required power is immense. Hitting sub-orbital might be possible, and has been done once by amateurs, but they received sponsorships and had a team dedicated to making it happen.

The trick to an orbital rocket is not just to get high, but also fast. The speed required is something like 7.4 km/s. That is so fast that I don't think most people understand just how fast it is. During that time one has to control the rocket perfectly. One can play Kerbal Space Program and get an idea of just how difficult that can be, and Kerbal has a number of things that make it easier than real life, like no wind, infinite reaction wheels, etc.

Bottom line, if you have to ask people on the internet if this can be done, then the answer is no. If you are a multi-millionaire (more like tens of millions), or can get ahold of millions, and want to put together a team, then you might be able to do it, but even then only with great effort.

Building a cubesat is somewhat realistic, however, and many have been done by students, including even at least one high school. Once you have it, you can pay around $50K or so to have it launched in to space. Those can operate over amateur frequencies.

Developing, testing and launching a rocket are very complex tasks, and generally require years of development. Some examples of the smallest orbit launchers would be the recently tested Electron, by RocketLab, and the SS-520, by the Japanese Space Agency. The first one has 17 meters of height and 1.2 meters in diameter, and the second 9.7 meters in height and 0.5 meters in diameter. Of course both of them required the investment of tens of millions of dollars for their development.

In 2008, a Cambridge professor launched a competition called the N-Prize, where the objective was to launch between 10 to 20 grams of payload into orbit, developing the satellite and the launcher spending less than £999. So far, nobody has completed the challenge.

Your best option, like the other small sats, would be to piggyback a typical rocket launch, using a CubeSat/Microsat deployment system. Several companies sell these services, e.g. GAUSS Team and Spaceflight Industries.

From an energy perspective, if you want to place 10 kg into LEO (250 km), you need to provide roughly 9.4 km/s of Delta-V. This gives a 0.90 propellant ratio, using the optimistic value 400 seconds of specific impulse. In other words, it would be a very difficult construction, considering the development of light structures, cryogenics, etc.

It's probably good to bring up Copenhagen Suborbital up as a reference here. They're quite possibly the most competent amateur rocketeers, yet their name already points out that they're not aiming for orbit.

In general, the challenge point for amateurs currently is the Karman line, 100 km up and the official start of space, but that is a whole lot easier than orbital speeds.

G. Ericsson could potentially get a cube satellite into Low Earth Orbit for under $100,000.00. 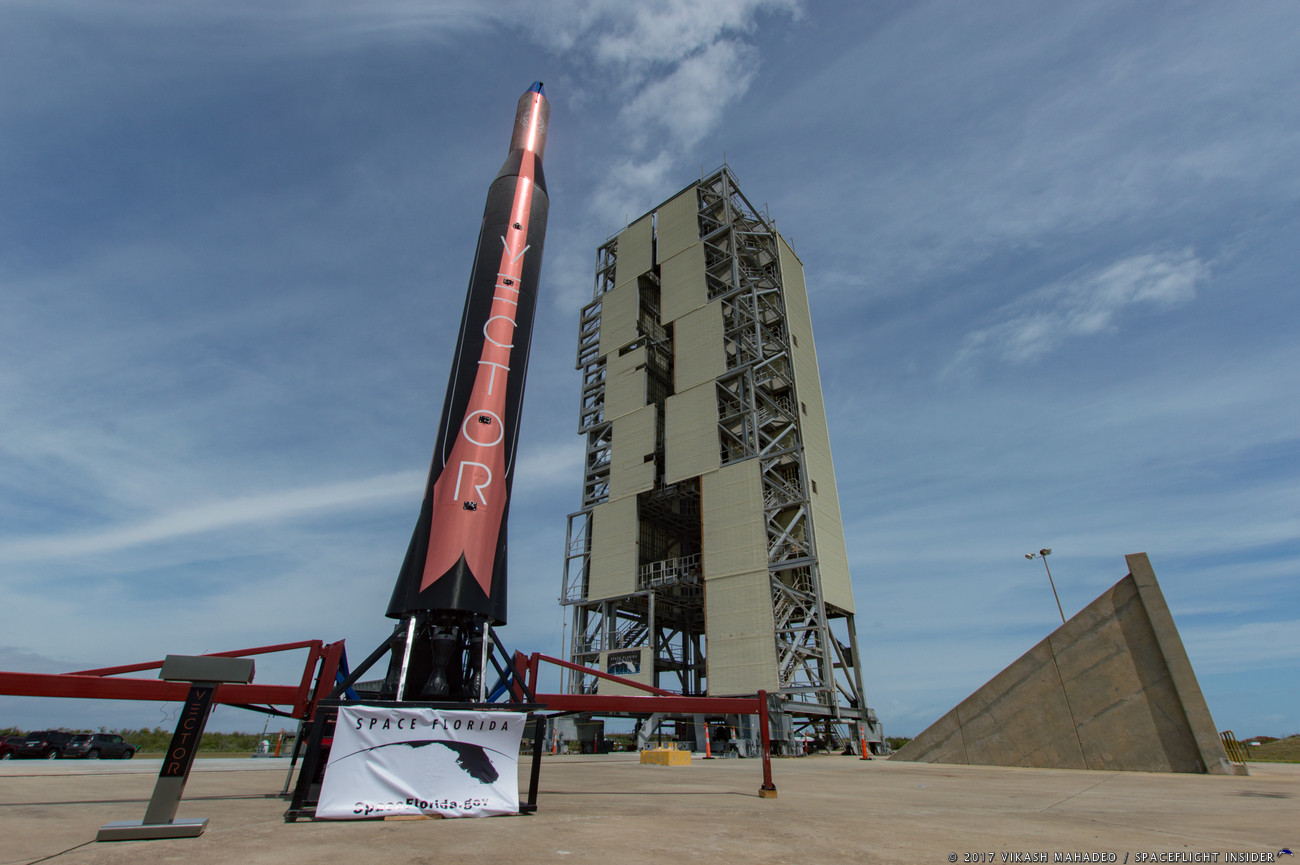 Vector is a nano-satellite launch company creating rockets targeted towards launching small payloads into Low Earth Orbit (LEO). They are taking reservations to reserve space on five orbital launch rockets between 2019 and 2023 on the Vector-R launch vehicle. They have not yet put a rocket into LEO, so this is speculative, but they seem to have a very firm strategy.

Vector completed a test flight of their rocket at low altitude (not LEO) in May 2017. Vector is planning the first orbital launch from the Pacific Spaceport Complex in Kodiak, AK later in July, 2018. They have secured launch platforms at Vandenberg, CA and Wallops Island, VA.

The Vector-R can launch a modest 140 lb payload into LEO for a modest sum of under 3 million dollars. The actual price has been listed to as low as 1.5 million to 3 million. If @G. Ericsson were to pool his resources with around 25 other cubesat people with a five lb maximum payload, the cost would be around $95,000 per cubesat. All of these figures were rounded down to even numbers to make things easy.

Since 1961, there have been a series of satellites called OSCAR, for Orbiting Satellite Carrying Amateur Radio. These have generally been launched when some other space mission has excess lifting capacity.

As far as I know, if you are going to launch something into space which will transmit radio, you need to get the approval of appropriate government agencies, such as the FCC in the United States.

Not the answer you're looking for? Browse other questions tagged orbital-mechanics launch rockets amateur-rocketry amateur-radio or ask your own question.

1
Possibility of moving Earth's orbit from continual rocket ejections
56
Can a miniature Saturn V get to the moon and back?
5
Why do these 'spy' satellites carry amateur radio packages?
7
What rocket launch protocols (if any) are in place to prevent premature or late intentional self-destruct?
33
What would one need to do to get an amateur satellite into orbit?
6
What do you need to do legally to have an object in orbit?
5
Is it possible for amateurs to determine the orbit of satellites
0
News of eXCITe with QIKcom-2 and SeeMe, have they been launched, or is there currently one scheduled?
4
How can one know that Chang'e-4 was in “locked to the Queqiao” from this SDR spectrogram?
2
Was Queqiao in a halo or Lissajous orbit? Why do sources disagree?