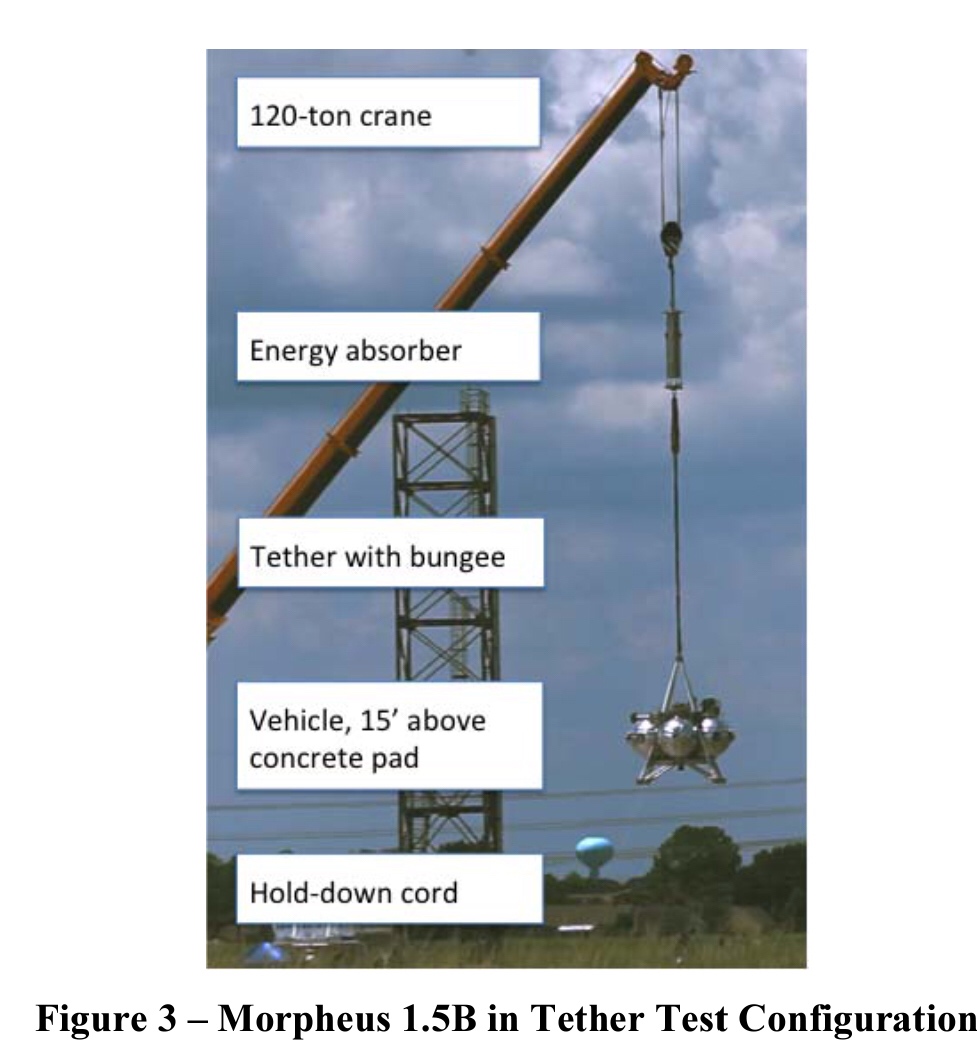 This is the NASA tether test configuration of project Morpheus. The image has been taken from this paper.

The test is basically to test the NGC and engine performance of the vehicle. Here we find a crane and the Morpheus tethered with bungee.

My question what is that Energy absorber. The paper say it is for dynamic load consisting of honeycomb structure of aluminium. Why is it required? Isn’t Bungee sufficient to bear the loads?

In this case the "energy absorber" deforms when a large enough force is exerted on it. Bungee cords don't stretch forever--up to a certain point it does but then it becomes much more "unstretchable". If the vehicle preforms perfectly, it won't be used but if for example the engine power cuts out mid flight, suddenly it's in freefall. This thing has a mass of around 4000-5000 kg and when this suddenly falls, a large force is exerted on the bungee which slows it down. The bungee is however designed not to let the lander hit the ground, and as the falling lander reaches the bungees max, a very large jerk (change in acceleration) occurs.

Quick deceleration of heavy things can lead to forces orders of magnitude higher than the mass of an object (for example when you jump on a bathroom scale you can easily bottom most scales out) and that's what the energy absorber is for. When a too large acceleration is occurring, it deforms and reduces the load on the rope, anchoring points, and crane.

In short: The energy absorber is a safety feature designed to absorb large forces from breaking the lander or other elements in the system.

Not the answer you're looking for? Browse other questions tagged nasa testing or ask your own question.

8
Does NASA have a space tug project to bring a habitable module to the ISS?
6
Where can I find flight manuals (not familiarization manuals) from Project Gemini?