What is the Austrian Space Forum doing in Oman?

I was looking through CNN's clickbait photo compilation Instant vacation: The world's best travel photos of 2018 and came upon the following image and caption.

What is the Austrian Space Forum, and what is the extent of their investigations into Mars exploration?

Dhofar, Oman: In February, the desolate conditions of southern Oman's Dhofar desert were judged ideal for field-testing technology for a manned mission to Mars by members of the Austrian Space Forum. 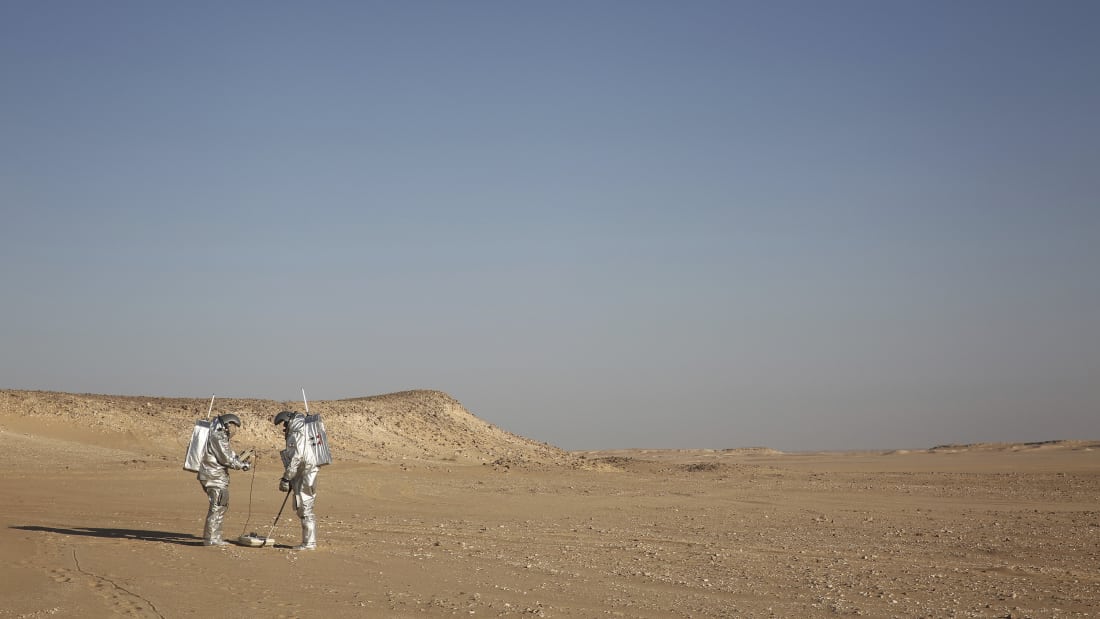 The picture shows 2 analog astronauts wearing the Mars analog spacesuit Aouda in the Dhofar desert in Oman, conducating the ScanMars experiment during the AMADEE-18 Mars simulation.

The AMADEE-18 Mars simulation was organized by the Austrian Space Forum (oewf.org), a citizien science organization based in Austria. The association consits of space professionals and people with a passion for space in collaboration with both national and international research institutions, industry and politics.

Since 2006 the organization is researching in the area of Mars analogs and conducted 12 Mars analog simulation in various different countries.

In February 2018 the AMADEE-18 Mars analog simulation was held in the Dhofar desert in Oman, which was also covered in newspaper around the world. The simulation involved more than 200 people from 25 countries.

Timelapse of the spacesuit simulator donning:

Not the answer you're looking for? Browse other questions tagged mars crewed-spaceflight space-program or ask your own question.

40
How can a Mars helicopter be autonomous if there isn't a Martian GPS?

42
What made NASA shut down the Shuttle program?
9
What is the ideal location for a human habitat on Mars?
10
What are the synergies between human landing on the Moon and on Mars?
7
Space travel in convoy, what are the pro's and con's?
6
Is UTC used by all nations for their space programs?
9
Is NASA doing research on "mini-magnetospheres" to protect crew from radiation in space?
5
Why is Beresheet doing a only a one-way trip?
4
How did the UK "intentionally self-nuke its space exploration capabilities in the 1970s"?