Are the mountains of Venus of any help for us to explore the surface?

The circular orbit and small axial tilt results in no seasons, coupled with the well-known strong greenhouse that makes nights just as hot as days.

As pressure gets lower by height, so does temperature. This results on it being its only determining factor, something unique in the whole solar system 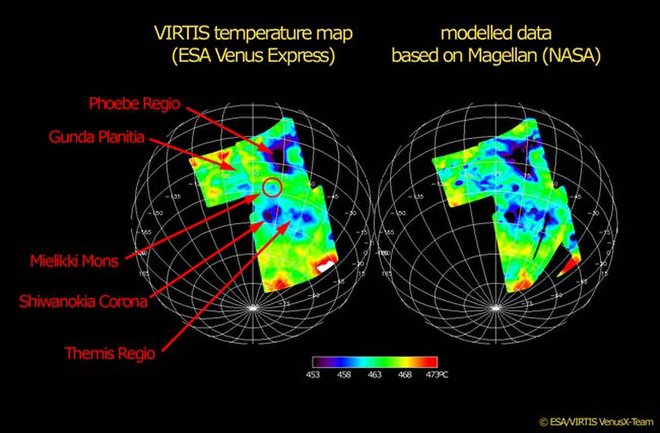 The famously cited temperature of 480º C is a mean value that represents most of the planet, as it's notably flat.

But there are notable exceptions such as Maxwell which is mountain range over 11 kilometers in height, Maat is a volcano as tall as mount Everest, and a few other examples. There, temperatures would be like 200-something and pressures as low as perhaps 40some atmospheres.

Wind power could presumably be useful there, but that's another story.

Are this conditions still too rough for conventional electronics? for traditional long-lived (Oppy-like) landers and rovers that we can design and build now without much innovation and crazy costs? or this makes it hard but a little less so? and what about human settlers?

In an atmosphere so thick, opaque, and windy... is it possible to land with precision, enough to nail it into our small privileged areas?

Not really. At the altitude of 10 km, the atmospheric pressure is still 47 times that of Earth, and a temperature of 385 C, per Wikipedia. The temperature is still hot enough to melt lead, meaning that specialty electronics would be required. It would improve the lifetime of electronics somewhat, but is still very high. In addition, precise landings are quite difficult, especially with the famously fast winds on Venus.

Around 50 km, the atmosphere of Venus is close enough to Earth where it could be worthy of something. Some kind of a blimp might be possible for long term use.

Another vote for "not much help at all". In addition to the issues @PearsonArtPhoto raised, the radar data from Magellan suggest the mountainous regions, like those on Earth, are generally more rugged, adding to the risk of landing. Those data also show anomalous high-amplitude returns from the upper regions of Maxwell Montes, with one interpretation being that pyrite (iron sulfide) is plating out on the surface. This points out the distinct possibility that the atmospheric chemistry is very different at those elevations from what it is at average surface elevations, and its interaction with surface materials is very different as well. So measurements far up on such mountains, while interesting and probably useful to some extent, likely wouldn't tell us much about the chemistry and atmospheric/surface processes down lower.

Regarding the winds at Venus, indeed at cloud-level altitudes (~45 km to ~75 km) they are very high, up to ~100 m/s (~220 MPH) at the cloud tops. But they decay with decreasing altitude, until at the surface they are on the order of 0.5-1 m/s (~1-2 MPH). According to Pioneer Venus Probes data, at 10 km altitude they max out somewhere around 10 m/s but are generally less than that. (In 2006 Frank Taylor published a figure showing the vertical wind profiles from those probes, but I couldn't find freebie access to that paper on the web; Mendonca reproduced it in a report at https://www2.physics.ox.ac.uk/sites/default/files/2012-03-08/1_mendonca_pdf_10427.pdf)

But when concerned with dynamic pressure of winds, wind speed is only half the matter. The other half is atmospheric density: dynamic pressure q = (rho V^2)/2. At Venus's surface the density is ~64 kg/m^3 compared to 1.25 kg/m^3 at Earth's surface at 0 C, so a 1 m/s wind at Venus's surface would have the same dynamic pressure as a 7.2 m/s (16 MPH) wind on Earth. Not a gale, but a stiff wind nonetheless. A 10 m/s wind at 10 km altitude, where the density is a bit more than 28 kg/m^3, is equivalent to an ~48 m/s (~107 MPH) wind at Earth, indeed a full-blown gale. Most of the time it would be less than that, but landing in a rugged area while contending with, say, a 3 m/s wind whose dynamic pressure is equivalent to a 32 MPH wind on Earth, would not be considered a low-risk undertaking.

Not the answer you're looking for? Browse other questions tagged atmosphere venus lander temperature electronics or ask your own question.

13
Would it be possible to “ride the wave” on Venus?