Why does Blue Origin "like landing on a moving ship"?

In the Blue Origin YouTube video Replay of New Shepard Mission 8 Livestream, at 32:53 when the narrator is discussing future plans for the landing of the New Glenn rocket, the narrator says:

The first stage when it comes back to land, you see that center engine will relight, and it actually comes in to land on a moving ship. Why do we like ships? We like the moving ship because it’s actually more stable than a barge out there, which means that we can actually launch and land in higher sea sates which means that we can have a more reliable schedule for our customers when they come fly with us.

What is it about landing on a moving ship that is better than a barge (particularly the moving part)? Is it nautical vessel dynamics, or patent infringement avoidance, or something else? 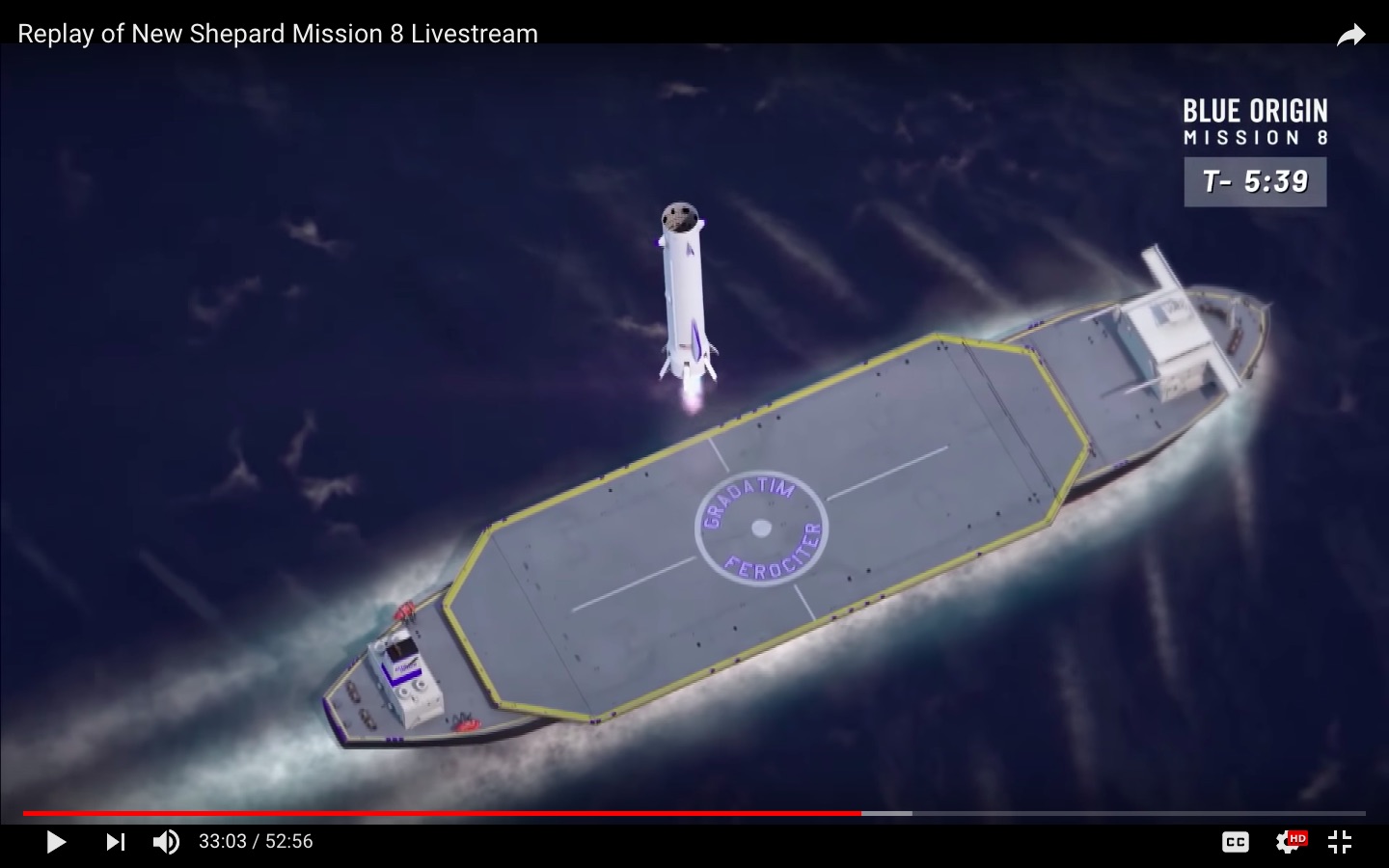 A moving ship can use stabilizers to reduce roll. Stabilizers are underwater wings that need to move relative to the water for them to work.

Ship stabilizers are fins or rotors mounted beneath the waterline and emerging laterally from the hull to reduce a ship's roll due to wind or waves. Active fins are controlled by a gyroscopic control system. When the gyroscope senses the ship roll, it changes the fins' angle of attack to exert force to counteract the roll.

The entire quoted passage could be better worded for sure, as it goes around without really explaining anything.

A barge has a totally flat bottom; this makes it much more sensitive to waves and surface currents, and that's the reason barges are used in the calm waters of river, lakes, and canals. Nobody in a sane state of mind would use a barge in open water, as no matter its size just a little amount of wind and waves would easily sink it to the bottom of the sea.

A ship, on the other hand, has a...err...well, a shiphull. A shiphull is designed for high sea, for stability: every time a wave try to move laterally the ship, the mass it has to move is not only given by the ship, but by the mass of water displaced by the fin. Which is nicely multiplied by a loss lever -the force and the fulcrum are in the same place, the resistance (the mass) is on the far end of the leverage. Good luck with that.

SpaceX landing ships have been erroneously called barges for a while by the public (and from Elon Musk himself), due to their shape and their lack of engines, but at the beginning they were mostly "stationary ships". Now that they have engines they are called "moving ships", just to add a little more confusion.

Then, with engines comes an added lateral stability, too. Many modern ships have side thrusters: when stationary they use the engines to power up powerful water pumps, pumping in water and then pushing it at high pressure from specific points in the hull, generating small compensation forces to keep the ship stable and in position. Plus, or in alternative, they can have the stabilizers mentioned by Hobbes.

Finally, as previously said, a ship can be deployed to sea while a barge cannot. If you take this into account and the fact that it appears to be a lot of sea on the planet, it's easy to see how it gives them the huge advantage to be able to choose the most comfortable landing spot for the next launch, or for recovery missions to be as close as possible to the customer.

Not the answer you're looking for? Browse other questions tagged blue-origin or ask your own question.