Have there been any probes launched that were actually clusters of probes?

I was wondering if there were any space probe systems that were actually launched as part of a larger satellite bus. As in, one rocket launch from earth releases 6 different satellites on a singular mission at different points on the main-buses trajectory. I did a mission earlier on KSP and was wondering if there was a real-world equivalent yet. Like something that has hundreds of small satellites that it can just spew out along it's orbital path, then the satellites use small propulsion systems to change their subsequent orbit. I know about the up-coming satellite system SpaceX plans to launch, but don't really know of any other single launches that propelled multiple probes to different locations (I could just be poorly wording my searches).

The Pioneer Venus Multiprobe seems to fit the bill. It had one Large Probe and three smaller ones. 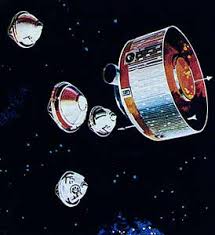 I don't think the different probes had propulsion though. I think they were just released at different times to hit different targets. 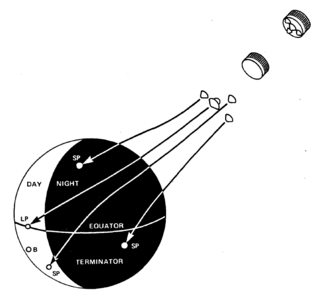 The bus itself was also instrumented and returned upper atmospheric data during its entry.

I always thought this mission was pretty awesome and wonder why it isn't more famous. One of the small probes even survived its landing and transmitted data from the surface!

Magnetosphere missions such as NASA's MMS https://mms.gsfc.nasa.gov/ consist of four spacecraft flying in formation in order to obtain a three dimensional view of what is happening between them.

SpaceX is planning to launch the NASA/DFZ Grace Follow On mission next month, which is comprised of two spacecraft. One spacecraft will orbit behind the other, and the distance between the two spacecraft will be precisely measured in order to determine how their relative velocity changes as they pass over different locations on Earth. From that data, the gravity of Earth will be able to be precisely mapped. A previous mission called Grace did the same thing. https://www.nasa.gov/press-release/twin-spacecraft-to-weigh-in-on-earths-changing-water

The ESA/JAXA BepiColumbo mission launching later this year consists of three spacecraft that will separate from each other after after arrival at Mercury. http://sci.esa.int/bepicolombo/

Not the answer you're looking for? Browse other questions tagged artificial-satellite probe or ask your own question.

8
Are there any gas giant probes planned that will return images or video?
7
Have there ever been any Satellites that were hacked, is that a possibility?
13
Will Glonass, Galileo, or BeiDou-2 satellites provide better cis-lunar navigation than GPS?
2
how and why is image processing used on spacecrafts?
4
What would be a "big picture" understanding of how the orbits of Earth satellites are monitored?
24
What would happen if a satellite took a direct hit from a coronal mass ejection (CME)?
11
Why did GRACE mission have launch window?
2
Could any "Well-Tracked Analyst Object" turn out to be a natural object or even something else?
7
Do satellites in orbit undergo translational motion or rotational motion, when initially they are not given any additional spin?
9
Commercial satellite retrieval - possible?