Could replacing a Rovers struts (maybe a faster one that uses shock dampers in the future) with magnets similar to a shack flashlight but more heavier duty work well for recouping energy from movement like a passive alternator? If the rover has a pendulum like a Rolex watch that recoups energy from the changing planes in the ground. 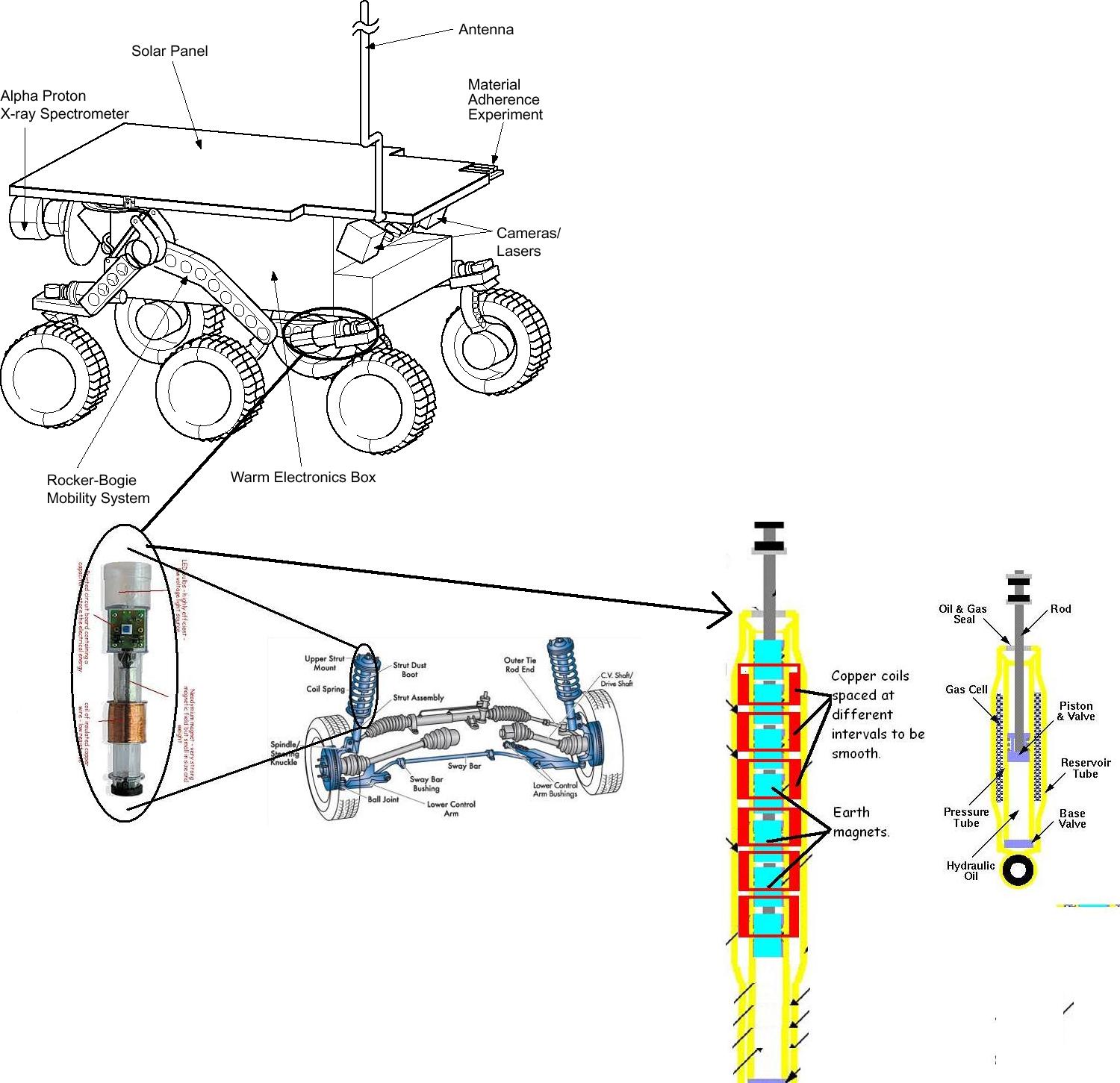 It would definitely yield some energy, but there are a few reasons this might not be feasible:

However: there is no reason to try it out, do a paper on it and actually check the math. Maybe it would make sense. Maybe it could be used on faster moving, more critical human missions!

Spaceflight is all about trying new and unexpected things and breaking technological barriers. There is no reason a variation of this system could be used effectively in rovers.

There have been various schemes over the years for doing this. The gains are minimal. An Audi project for regenerative suspension on cars recovers about 100-150 W for a car that weighs on the order of 1500 kg traveling at 100 km/h. This is a tiny amount of energy.

Current planetary rovers have no suspension damping at all: the rocker bogie system consists of rigid elements. The elements you've circled are the steering and propulsion motors.

Not the answer you're looking for? Browse other questions tagged mars design rovers engineering electronics or ask your own question.

10
Strategies for combating ESD and ground plane potential shifts on spacecraft charging?
6
Can a lander on an airless body BE a rover?
5
Are there “rover-friendly region maps” for Mars?
1
Is there any way to tell which NASA rover this “rover” might be modeled after?
2
What are the drawbacks using an intelligent bulldozer on Mars for the assistance of a rover?
10
Differences in the design of a commercial Moon rover and a commercial Mars rover?
5
What launch vehicle will be used for Exomars rover Rosalind Franklin?
6
How many motors on the new Mars 2020 rover? (and other questions)
27
How are astronauts in the ISS protected from electric shock?