What kind of orbit makes this wave shaped ground track? 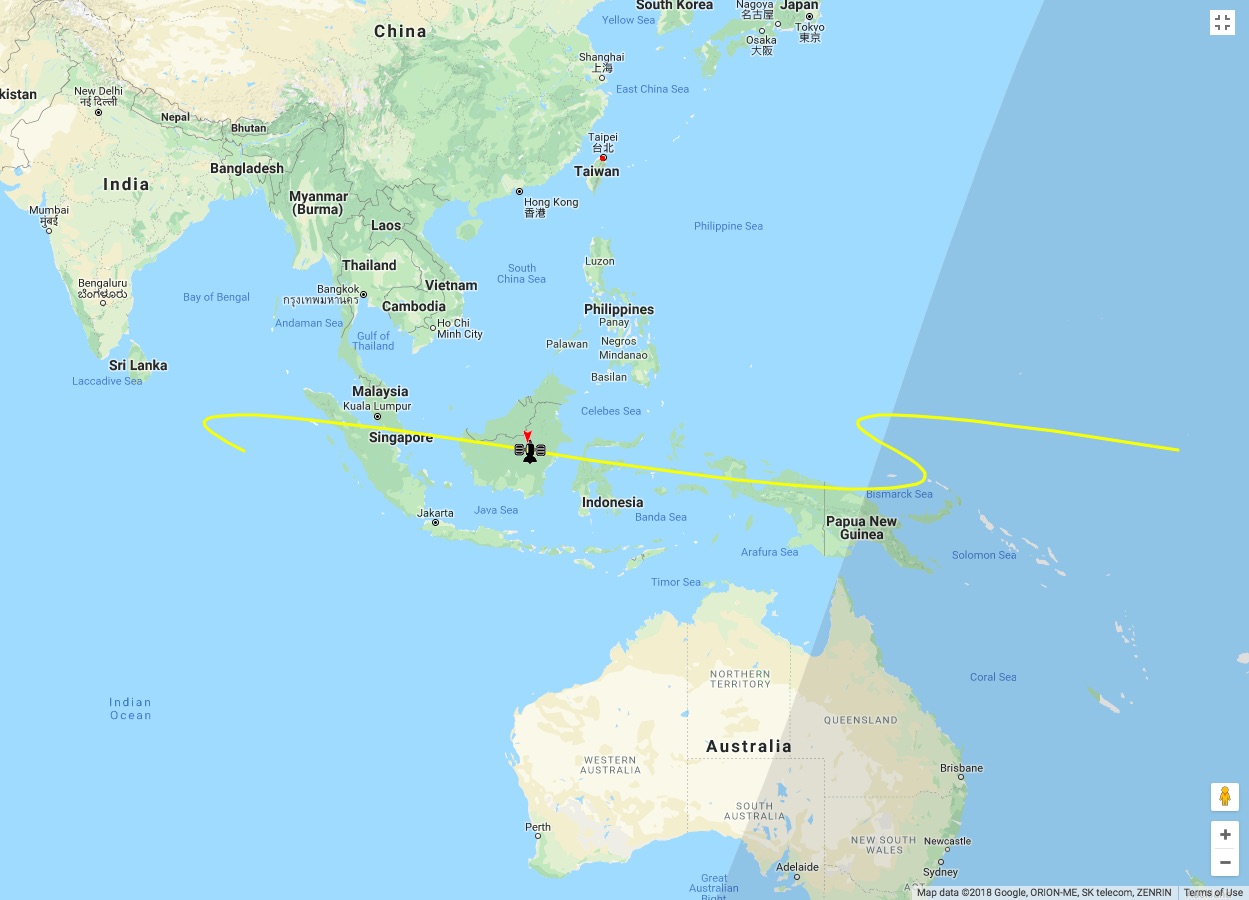 An elliptical one. The Wikipedia page you link gives a signfiicantly different apogee and perigee and a period of 20.8 hours. So, on average, it moves West to East a bit faster than the Earth does, but at apogee it's moving more slowly and the Earth overtakes it a bit (which are the "S-bends" in the track). It swings a little North of the equatorial plane while approaching the Earth, and a bit South while receding. At the moment of the above screenshot it is close to perigee.

Each full cycle of the wave pattern is an orbit, so after roughly six orbits (120 hours) when the Earth has turned five times beneath it, it will get back to the same longitude. This fits with the apparent size of the wave pattern on the map, which is credibly about 4 time zones.

Not the answer you're looking for? Browse other questions tagged isro ground-track or ask your own question.

9
Why did they think that S509356 was in orbit around the Earth? Where is the disconnect?

6
LEO metric to determine the ground track of a satellite
3
Does mission control track craft in an adjacent orbit on the world map?
5
How are impact probability maps rigorously calculated?
8
What does the ISS ground track look like during periods of high solar beta?
11
What is the utility of this peanut-shaped ground facility?