This unique model would spend very little time in Earth's shadow and eccentricity correction is performed on every pass.

Can the angle of the hard flat solar sail or one big solar vane maintain an orbit from going periapsis as shown in the picture below? By keeping a more dynamic angle not just flipping from A to B periapsis caused by only solar sailing from one side of the Earth could be corrected with out propellant propulsion?

Will turning the sail sideways but slightly angled towards the sun (like a boat sail to wind except the solar wind is the wind and Earth's gravity is the gradient) to move sideways returning the solar satellite on a mirrored intentional elliptical orbit?

In another question listed below: As a alternative or secondary when the satellite nears the Earth the satellite could acts as a wing creating lift from the magnetosphere.

Can modified solar sail use Earth's atmospheric drag of for lift in an eccentric orbit? 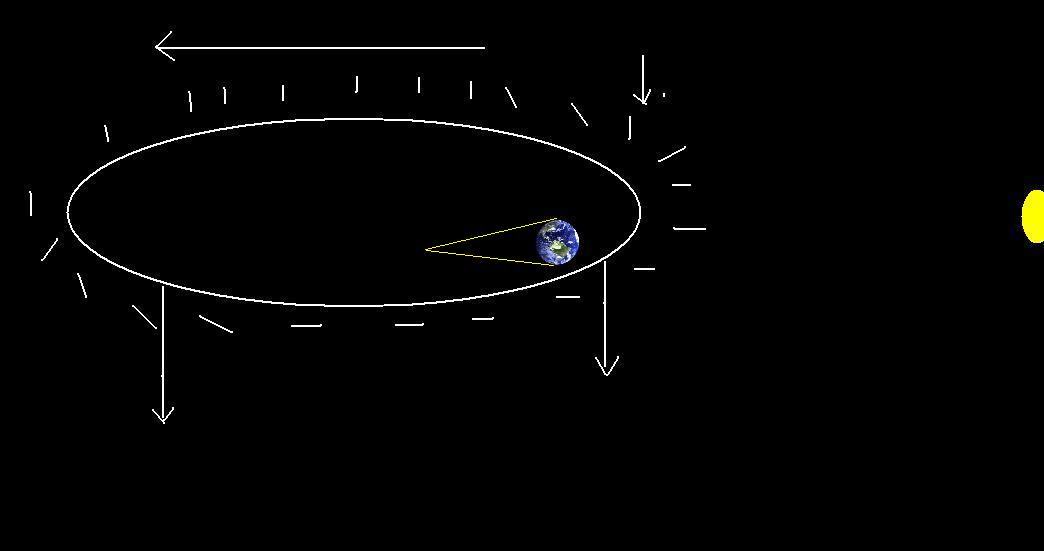 Your question and drawing appear to somewhat mimic what the Planetary Society video LightSail 2 Animation also shows starting at 02:36. The difference is that the phasing and tilt is optimized in the video to maximize apoapsis raising; if you wanted to raise periapsis, or reduce drag-induced loss of periapsis, you'd have to tilt at an angle to produce a prograde component of thrust for the Sunward orientation of periapsis shown in your question.

So yes, orbital maneuvers can be performed by a solar sail.

Solar sails produce lift from sunlight, which is not related to the magnetosphere.

You can read a little more about LightSail 2 in the references linked in the question Will the Planetary Society's LightSail spacecraft's solar panels be articulated during each orbit? as well the answer there.

Lower your volume; the music is quite loud.

Not the answer you're looking for? Browse other questions tagged orbital-mechanics artificial-satellite solar-power experiment or ask your own question.

11
Can a satellite work like a radiometer?
12
Can solar sail prevent orbital decay?
3
Will the Planetary Society's LightSail spacecraft's solar panels be articulated during each orbit?
1
Can modified solar sail use Earth's atmosphere to correct an eccentric orbit?
1
Diamagnetic Polar Orbit