Do Falcon 9/Heavy Block 5 boosters need landing legs? Or can they land back on their launch mounts?

The assertion was that Falcon 9's "next version" could "land back on its launch mount".

Guessing that by "next version" he meant the recently flown Block 5, I wonder if Block 5s will ever fly without landing legs. Same thing with Falcon Heavy.

Obviously, there are no launch mounts on the drone ships (at the moment). However there is quite some percentage of boosters returning to the landing zones, close to their launch pads.

Is that vision even possible? How would a launch mount have to be modified in order to support landing rocket boosters?

I wonder, because the landings' precisions appear to be within a couple of meters only. Here the mentioned Block 5's maiden landing: 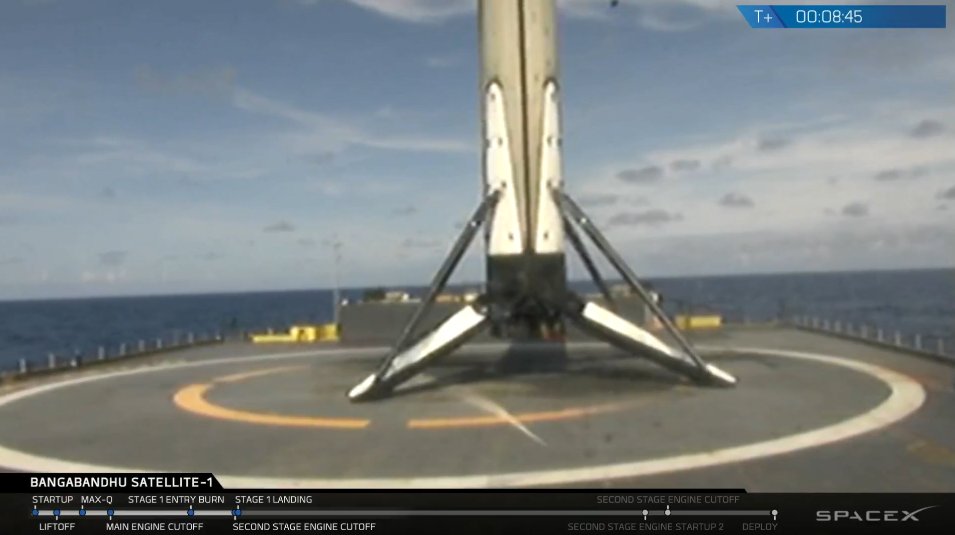 SpaceX has never suggested that the Falcon 9 line would be landing back on the launch mount. Only the BFR/ITS are expected to have the accuracy to do that.

Watching the current landings, assuming that the target is the middle of the X, they are pretty close, but not likely close enough to hit a mount to land on.

I.e. More room for error in accuracy on a larger vehicle.

Somebody on reddit did an excellent chart of the Falcon 9's landing accuracy: 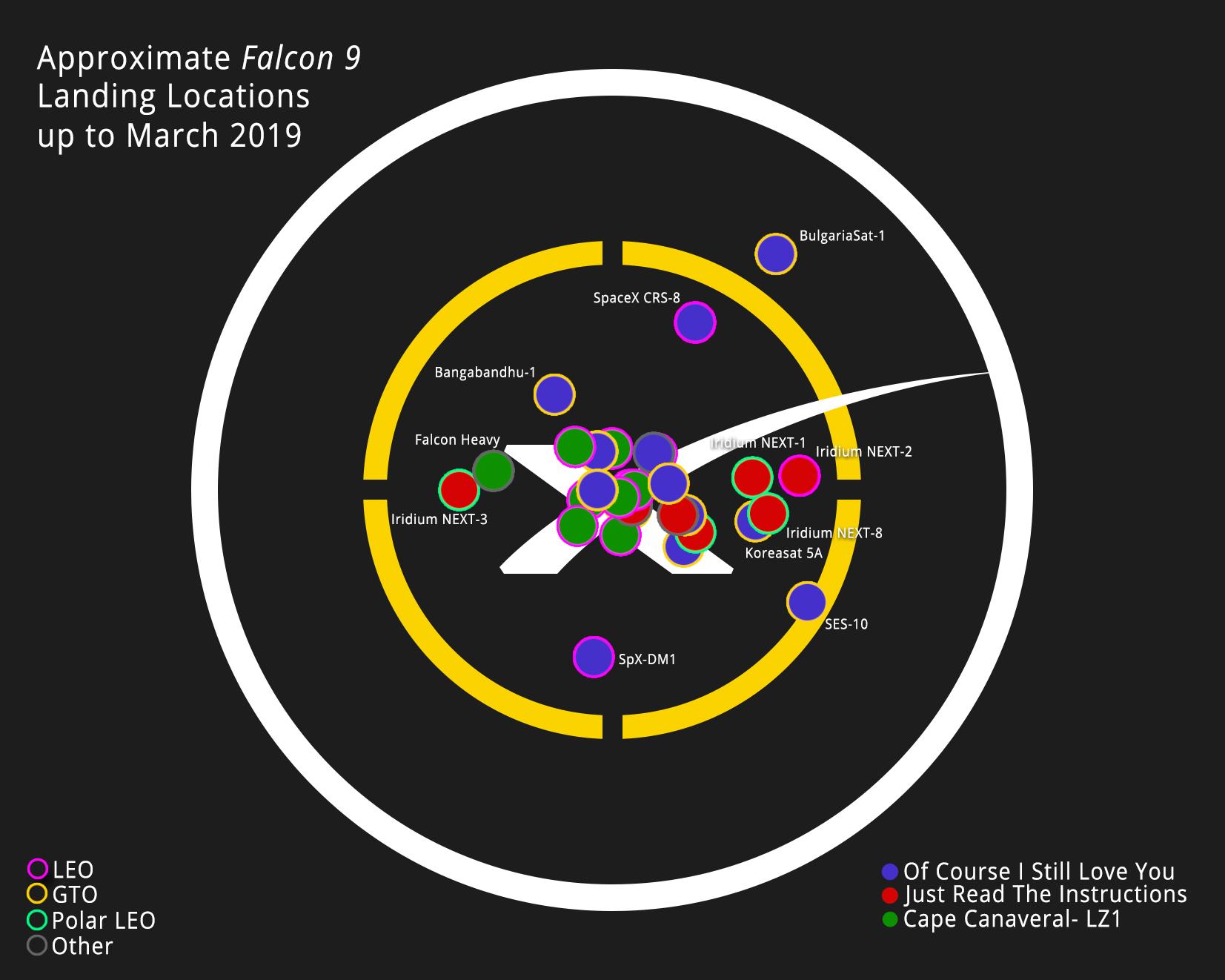 While these landing positions are probably just approximate, I think it is reasonable to assume that the answer to the question is: yes, Falcon 9 and Heavy boosters need landing legs because they cannot land back onto their launch mounts.

Not the answer you're looking for? Browse other questions tagged spacex falcon-9 landing falcon-heavy landing-gear or ask your own question.

27
Now that they can land a Falcon 9, what will they do with it?
5
Falcon Heavy launch to landing time
4
Can Falcon Heavy side boosters/center core be reused as Falcon 9s?
8
Nature of "the silky black 'highly flame-resistant felt'" on Block 5 Falcon 9's, and its intended functions?
7
How many engines are restarted for landing the falcon boosters
14
Why does Arabsat 6A need a Falcon Heavy to launch
54
Why doesn't the Falcon-9 first stage use three legs to land?
6
Landing legs problem with Falcon 9 Block 5 / Starlink 3 mission