What are these two very large, round panels on opposite sides of AngoSat-1?

Two color photos show that the spacectraft has two large (roughly 3 meter diameter) flat circular disks on opposite sides of the spacecraft.

The monochrome image is one I've produced by showing Red minus Green with levels between -0.15 and 0.0 scaled to full black to while. This brings out more clearly a strange pattern produced by about 20 circles arranged in a square, plus a central hexagon surrounded by six hexagons around it.

As shown, if one faces the Earth, the other will face away from the Earth.

They don't look like they will become parabolic dishes, but instead remain flat.

What are they? How do they work? 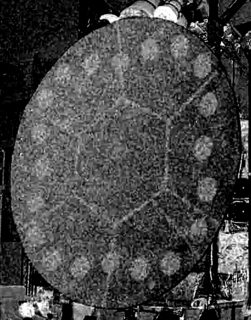 below: From Spaceflight101. Credit: Roscosmos 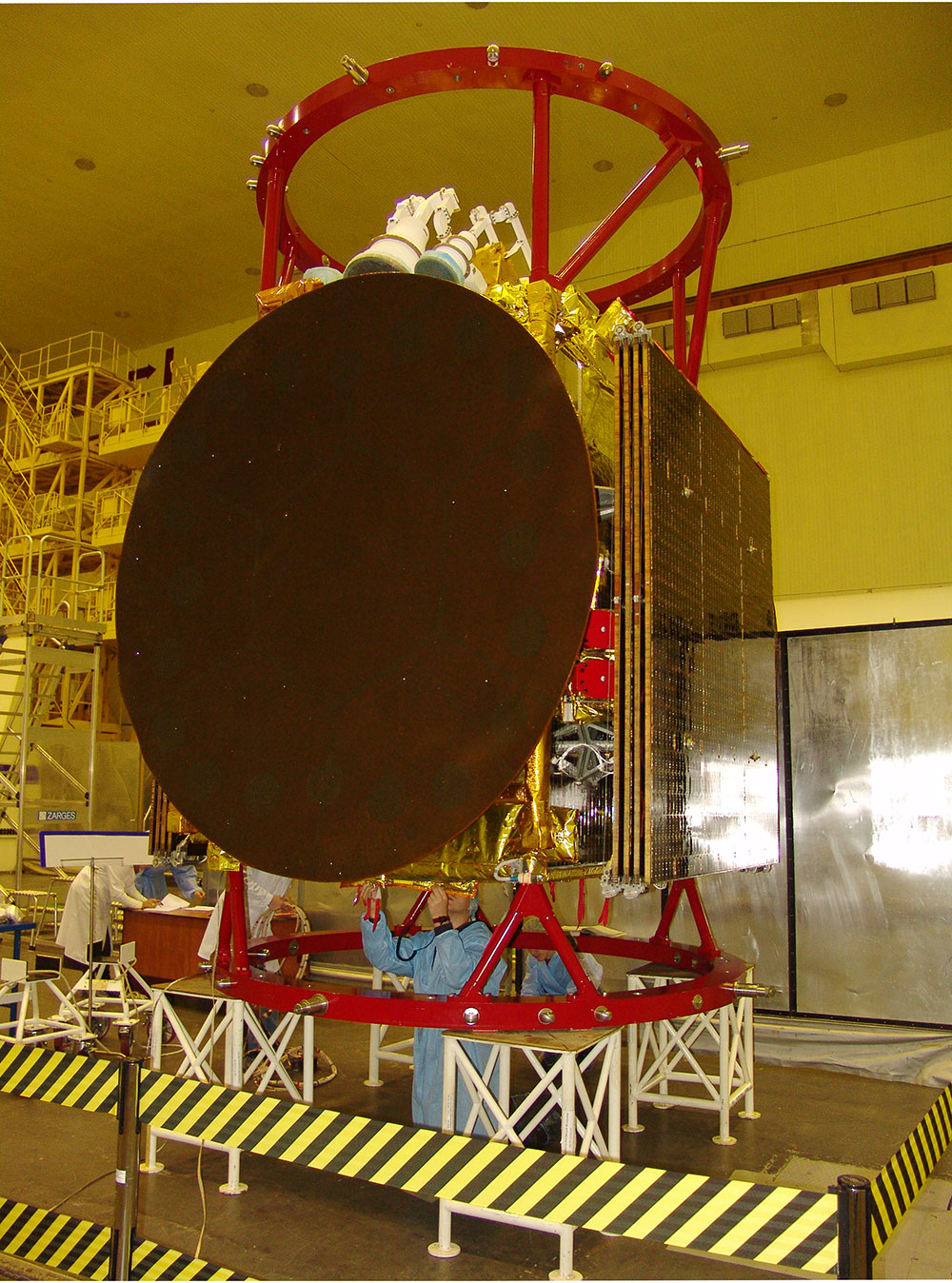 below: From Spaceflight101. Credit: RSC Energia 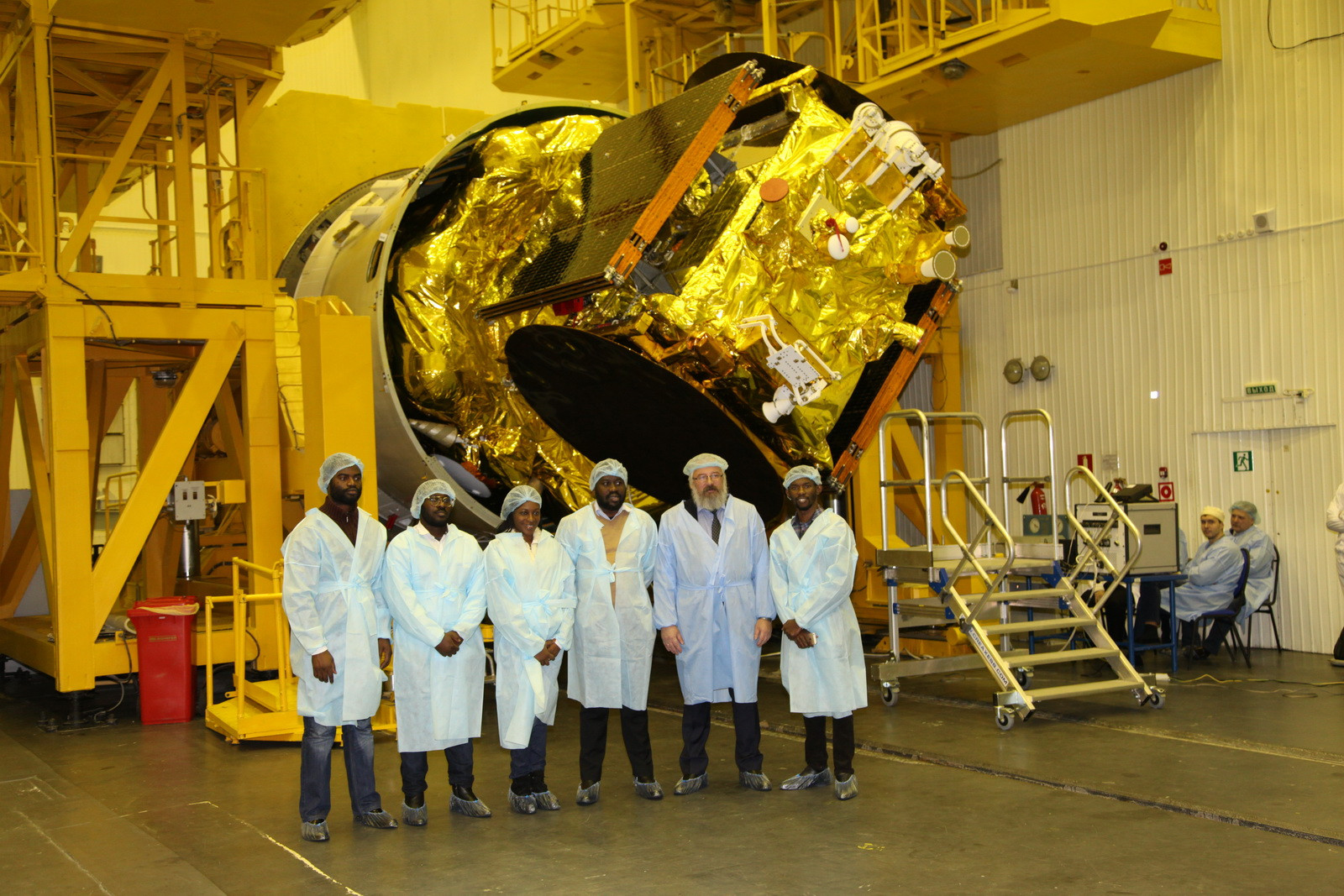 They are "antenna reflectors". They deploy out from the spacecraft bus.

There are cones/tubes on the spacecraft bus pointing at the reflectors in their extended position. You can see them in the picture from the question which has the personnel in it. Speculation: this allows the electronic apparatus to remain mounted on the bus instead of having to be deployable. 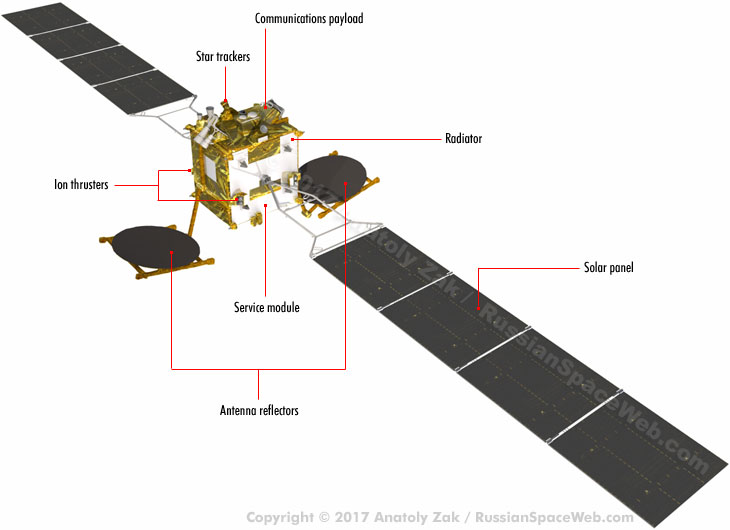 Not the answer you're looking for? Browse other questions tagged communication-satellite geostationary identify-this-object or ask your own question.

8
What are these very large, square panels on Inmarsat 5?
3
What are the louver-like structures on the sides of the Mariner 4 probe?
11
What are the two orange tabs stuck on opposite edges of each window of the ISS cupola?
9
What are these stacked panels on the ISS in this image?
2
What are these giant NASA boxes?
13
What are these circular spots on these Ariane V SRB nozzles?
3
What JPL laboratory is this exactly, and what are the functions of these amazing-looking control panels?
4
What are these two devices extending from each end of the Progress MS16 cargo ship's solar panels?