In this video at 7:12 you can see a thermal shot of a landed space shuttle. There is a periodic white cloud coming out of the top. What is this cloud?

Here's a schematic of the APU system. You can see the 3 exhaust ducts at the top, two on one side of where the vertical tail goes, one on the other. This is from the 1982 Shuttle Press Reference - so realize that it's not what the system looked like at the end of the program because the APU system underwent some extensive redesign. But this is still an accurate depiction of the exhaust ducts and vents. 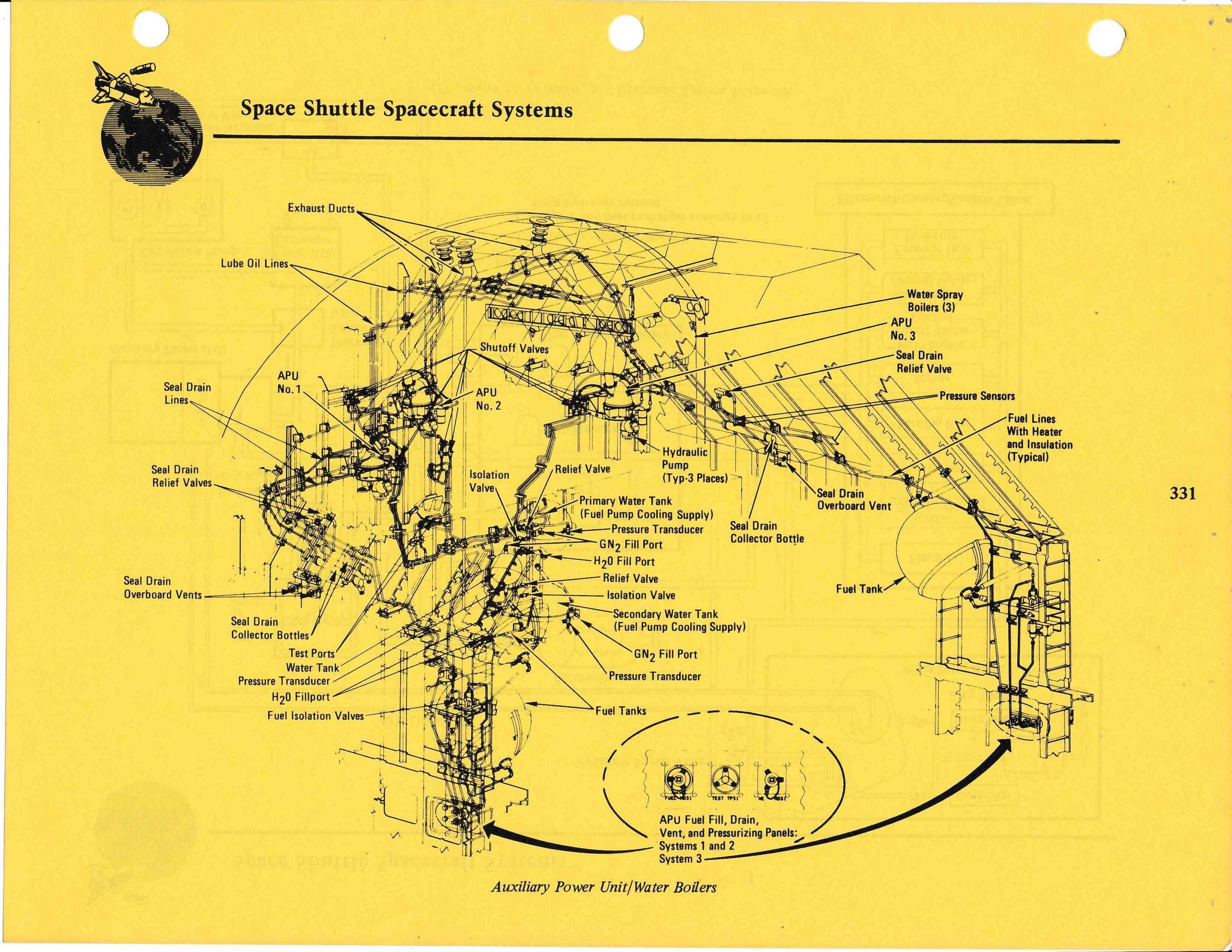 Here's a top view of Discovery approaching the ISS on STS-121. 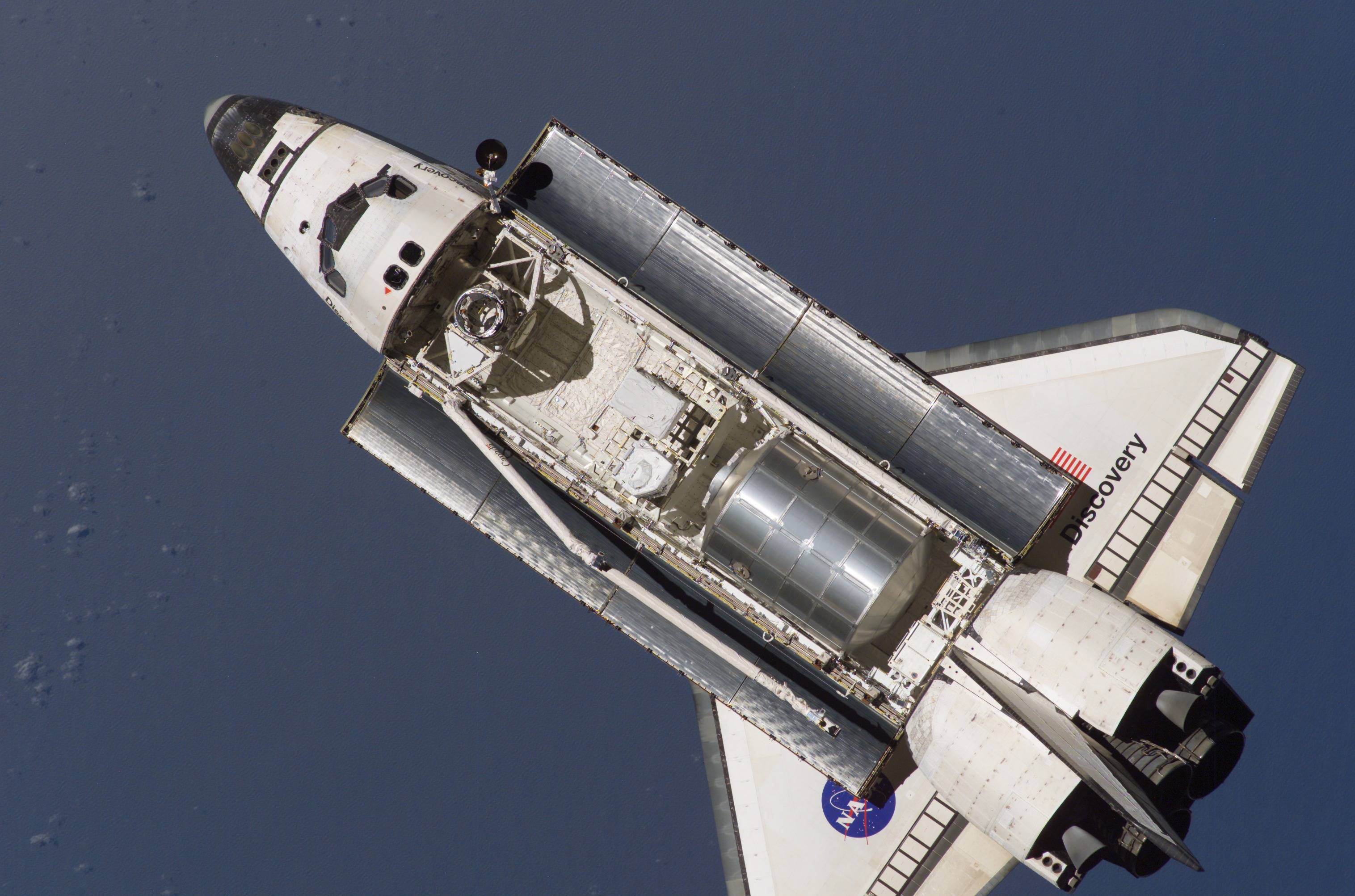 I cropped the picture and indicated the 3 vents. 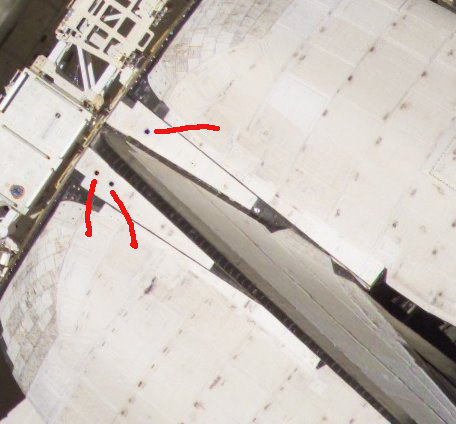 You can see an ignited APU exhaust plume and the characteristic pulsing of the APU exhaust (it used a bang/bang speed control scheme) at about 4:20 into this video of the STS-134 landing.

That is the exhaust of one of the Shuttle's three APUs. These hydrazine powered turbines provide power to Shuttle hydraulic systems.

4
How to reduce fuel consumption in an attitude-control PID
3
How do Falcon-9's cold gas thruster maneuvers account for the center of mass changes due to "floating fuel shifts"?

27
Did the space shuttle fly straight "up" when leaving Earth?
19
If the Space Shuttle missed its landing approach, what could have been done?
22
Why were Space Shuttle astronauts able to walk off the orbiter?
3
Space maintenance after Space Shuttle Program Shutdown
17
How were the pilots of the space shuttle able to operate the rudder after time in space?
5
What military forces provided Space Shuttle search and rescue?
4
Space shuttle cabin atmosphere system
5
Which shuttle mission is this video from?
1
Space Shuttle SRB Hydraulic Power Unit Controller Schematic: "One Shot" block, what is it?