The question How to intuitively explain that reaching geostationary orbits consume more Delta V than escape orbits? includes the graphic below, which illustrates that when transferring between circular co-planar orbits where the final orbit is higher than the initial orbit, it is sometimes more efficient to use two elliptical transfers. 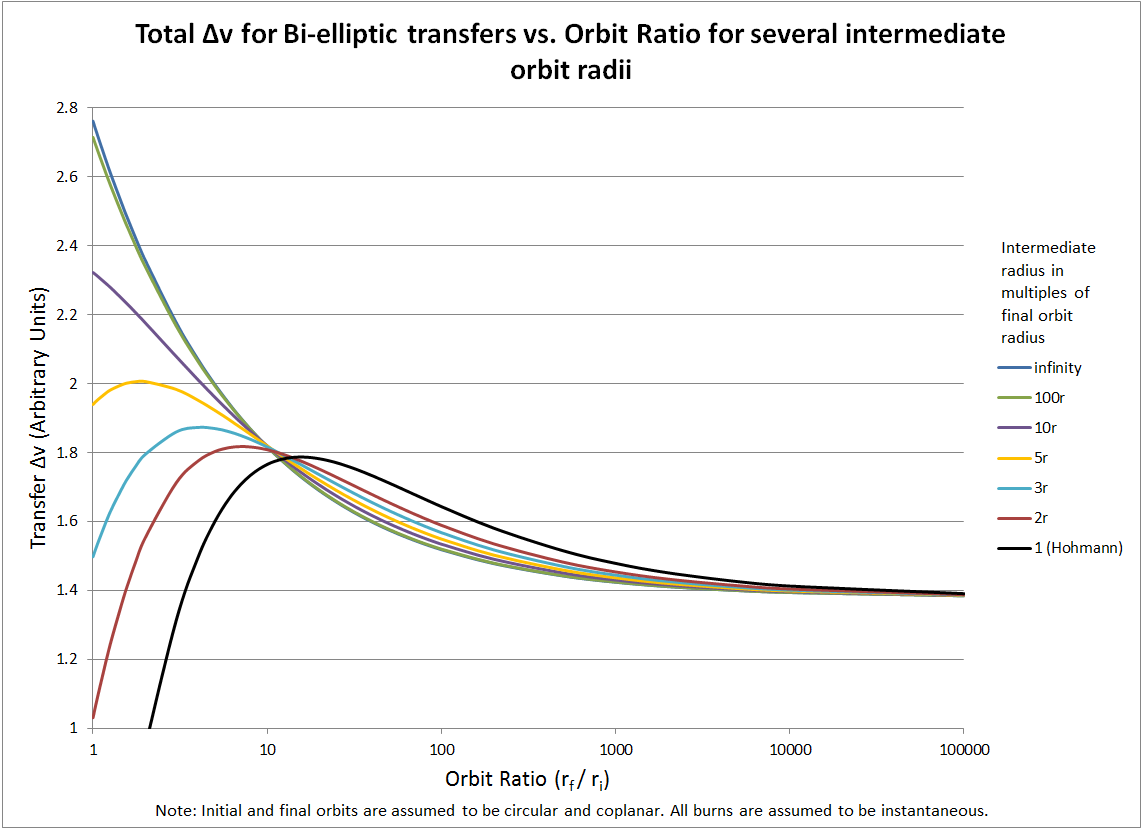 We'll only consider the simplified circular-circular transfer because it makes our lives easier. In this case the same considerations apply as with the bi-elliptic transfer:

Taking some current orbit O - with apoapsis a and periapsis p - and our circular target orbit T, we can see that there are three possible relative 'configurations', followed by the final orbit:

Because we burn on alternating a/p, it's impossible to return to a configuration we have just left, so we only want to use 'forward-changes'

Therefore starting at 1 we can see:

The sequence 1-2-4 is the special-case of our old friend the Hohmann Transfer and the sequence 1-2-3-4 is the Bi-elliptic Transfer. Since we never defined any actual altitudes for the orbits, they can be arbitrarily selected and we can choose which of the two options is more efficient.

Et voilà! - we can logically reduce a sequence of burns to the key 'forward-configuration-changing' ones because any other burns are either not possible or - at best - as efficient as a single burn.

Let me try at "Why, and when 2 ellipses are good", and since I can't picture a scenario where 3 could be remotely good for any similar reasons, I think this should suffice. Also, I'll describe raising orbits, as it's easier to "feel" - but the situation is always reversible so lowering orbits works the same.

When performing orbital maneuvers against a single body, there are two situations where you are the lord over your trajectory; spend little delta-V, modify your orbit by a lot.

As you see, down, low, and high up are your places of power. It's all these damned middlings that are a hellish limbo hard to enter and hard to escape. Not enough speed for the $^2$ of Oberth to truly kick in like a legendary turbo, still enough speed that it costs an arm and a leg in fuel to change anything meaningfully.

Hohmann transfer is a straightforward thing. Raise Ap, circularize. Nothing weird, nothing fancy, works completely fine for small changes, and when you go very far, to the distant outskirts, it still works fine, as you're going through your "two places of power". But it starts ailing for the middlings. You raise your Ap just fine, and then what? And arm and a leg in fuel to circularize; no Oberth to help; the entire 3km/s of GEO speed out of your fuel tanks at no discounts!

That's when you start wishing for a discount - and use both discounts you can have.

As you start off with the Hohmann transfer orbit, you first apply your Oberth discount at raising apoapsis, to go far, far above, on the cheap. Then you go there and using your wild liberties to change orbits as you desire, you make the Pe align with the orbit you want. And yeah, you still need to pay the circularization cost, and you've already spent extra fuel to access your 'discount maneuvers'. But hey! Now you're zipping in from the outside! And that means you're now subject to another Oberth discount! Not as large as before, because the orbit is higher and slower, but hey, you're moving faster than necessary and need to slow down, instead of accelerating from standstill where your Oberth benefits were zero. That's where we're getting our savings!

And as you see, "two happy places", you start off at one, reach the other, then go to the destination. Two transfers, two ellipses. Might be different if you were starting at one middling and going to a different middling... except then you'd be near enough that plain Hohmann would come in cheaper.

...unless you're doing tricks like orbital plane change. But that's a different tale.

Not the answer you're looking for? Browse other questions tagged orbital-mechanics mathematics hohmann-transfer or ask your own question.

10
How to intuitively explain that reaching geostationary orbits consume more Delta V than escape orbits?
2
Why would a slow spiral from a C3 of zero take about 2.4 times as much ΔV as an impulsive maneuver?

8
~15.5817 -- Is there a name for this number?
12
Low Energy Transfer within Earth-Moon system
13
Transfer between elliptical orbits
20
Is the ideal transfer between two arbitrary planar orbits always a bi-tangential ellipse?
10
How to intuitively explain that reaching geostationary orbits consume more Delta V than escape orbits?
6
How does the delta v for leaving Earth orbit change in different directions from the Earth?
1
Why is a Hohmann transfer from an elliptical orbit to a circular one more efficient if done from Perigee?
7
Trivial lower bounds for single point mass delta-v problems?
5
What is the highest number of impulses required for an optimal orbital transfer?