Why did this fairing separation happen at such a high altitude? (SpaceX Iridium-6/GRACE-FO)

I noticed in the video of the recent Iridium-6/GRACE-FO launch that the fairing separation happened at an altitude of about 143 kilometers. This is significantly higher than any altitude I can remember. I first started watching this last year and noted the altitude for several launches here.

@awksp's excellent answer explains the relative constancy of the altitude as likely originating from a standardized spec. The answer is thorough and worth reading, but here is a snippet from there:

...after the 3-sigma high theoretical free molecular heating for a flat plate normal to the free stream drops below 1135 W/m$^2$ (360 Btu/hr ft$^2$) based on the 1962 United States Standard Atmosphere.

After seeing the 143 km, I went back and checked several more recent SpaceX launches and compiled more numbers that can be compared with the table in the previous question. It seems Iridium-6/GRACE-FO stands out with a uniquely and significantly higher altitude for fairing separation than any other recent launch as well, including two other Iridium launches.

Question: Why did the fairing separation here happen at such a high altitude compared to so many other SpaceX launches? Solar activity-induced atmospheric heating? Abundance of caution for this payload combo? Anomaly? Just to see if we're watching? Something else? 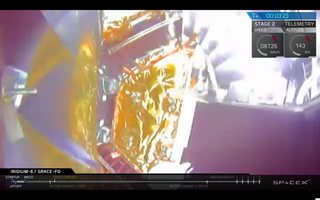 While the rocket needs to be in space for the fairing to be jettisoned, the altitude is actually not the factor on which separation timing depends, it is staging.
As you can see on your spreadsheet, while the altitude changes greatly between different launches, the number of seconds after S2 stratup is pretty constant, and was actually relatively short on this launch.

The reason the fairing is only opened after S2 startup are multiples :

Moreover, each mission has a different trajectory, it would be interesting to compare to other polar and Iridium launches to see what was the separation altitude, or maybe this was a uniquely steep trajectory for the GRACE-FO payload, which was reelased just after S2 first shutdown. But without those numbers we can simply compare Main Engines CutOff (MECO) times and see what changes :

As you can see, Iridium-6/GRACE-FO sticks out by having the latest MECO time of all recent launches. But it might be a bit of a stretch to say that S1 burn time is directly correlated to vertical speed.

Let's instead search for the launch profile : Since u/veebay hasn't done the complete launch profile of this launch yet, we'll just compare with the latest release :
The "1:1 ascpect ratio 1st stage flight profile" graph is what interests us. 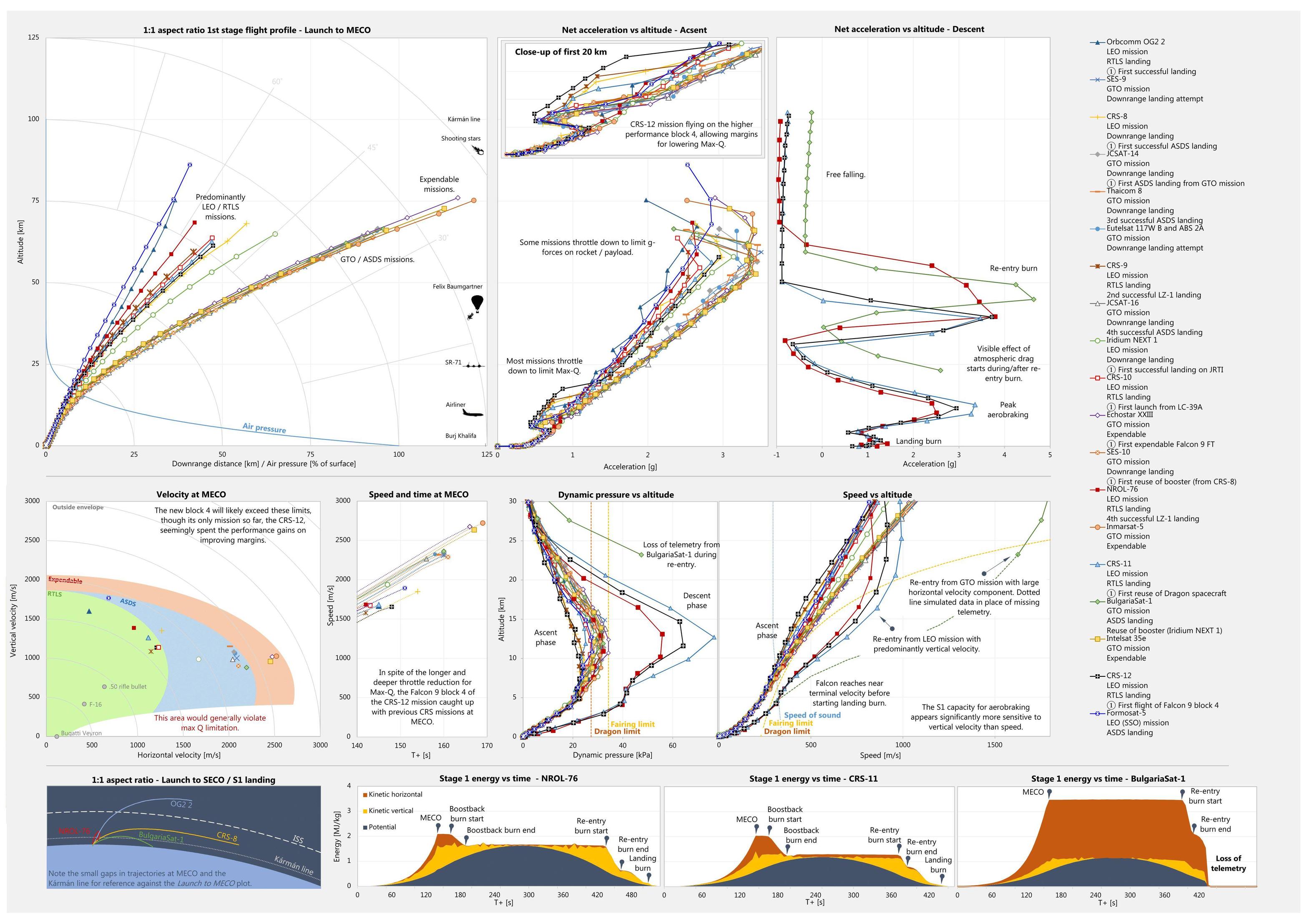 There is two general groups : GTO and above launches which have a very flat trajectory, almost at 30°. Meanwhile LEO launches have a very steep trajectory, up to 60°. Since S1 always burn for the same duration, a steep profile results in a shutdown, separation, and fairing release at a higher altitude. All the payloads have orbits at around 750 km of altitude, while GRACE-FO is even lower at 500 km.

We can think that the GRACE-FO specially low orbit resulted in a very steep launch, and thus a very high fairing release.

W291 is a large area in the ocean south and east of Southern California. The named area is MISR-1W and MISR-1E in the bottom right of this image: 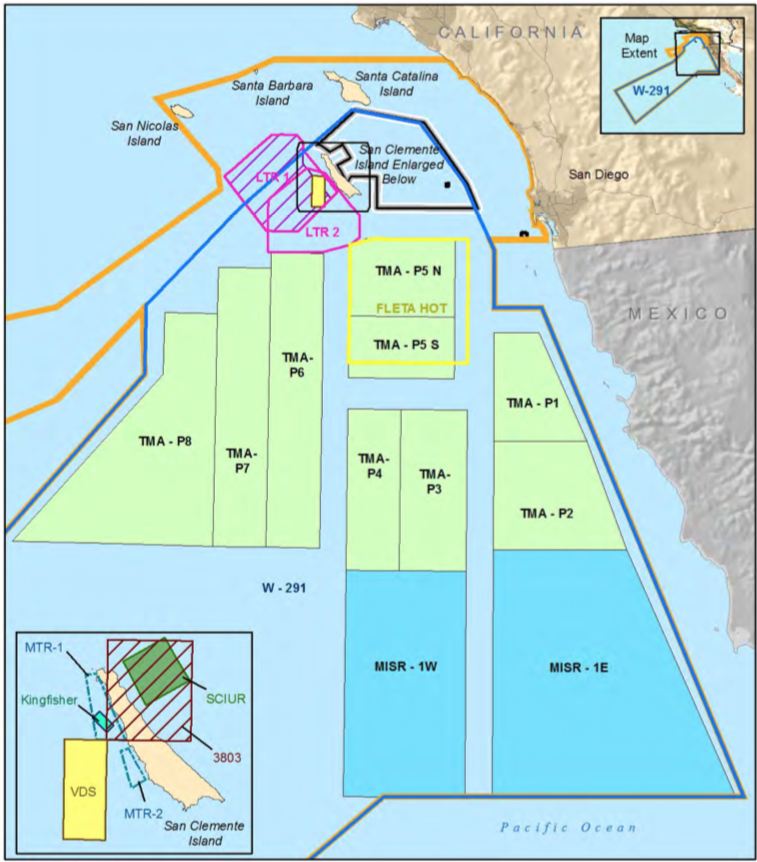 Several of the TMA areas (north and west of the MISR area) are already reserved for other activities at overlapping times, so the further-south regions may be all that SpaceX was able to reserve for this launch. (Commercial space is not the highest priority user for any of this, and TMA regions get a lot of use)

So, without inside information, it looks like SpaceX was keeping the fairing on longer/higher to make sure it impacted where it was allowed to.

39
Is it possible to observe space debris with Binoculars?
16
How strong and "hot" is the wind on the payload after the fairing is deployed at ~110km?
9
What makes it so hard to precisely land a fairing?
6
Simulating launch velocity of falcon 9
6
How do ships catch fairings? Can fairings steer or do the ships do all the work?
5
Efficiency and timing of the Iridium-6/GRACE-FO low-power burn and coast phase?