Where can I find relevant papers describing the cryptographic algorithm(s) and/or techniques used within KY-171 and KY-172?

The KY-171 Audio Frequency Coder was used for the NASA Project Mercury (1958-1963) to encode radio traffic between ground stations, as well as between ground stations and the space capsule. It was used with the T-560B Radio Transmitter to send encoded telemetry data. The R-669A Radio Receiver was paired with a KY-172 Audio Frequency Decoder and the C-1669 Coder Control to decipher the messages. All of these devices were part of the AN/FRW-2 Radio Set.

Now… I have been looking around the internet for weeks now, but I can not seem to find any specification or paper describing the encryption/decryption algorithms/techniques used. The only thing I've been able to dig up is the schematic, which is printed on the inside of the bottom plate of the coder itself. 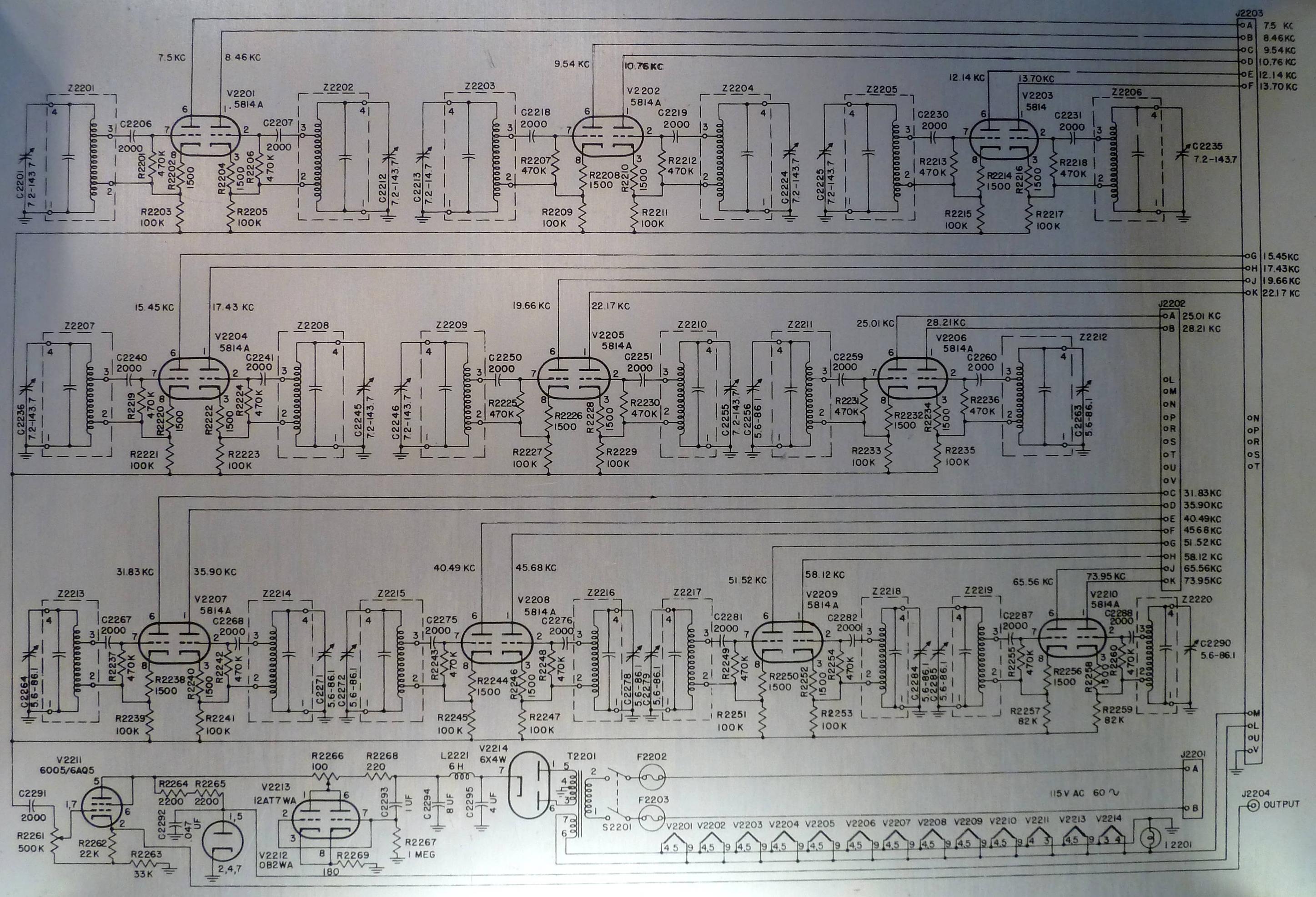 Can anyone confirm if any written documentation related to the used crypto is available to the general public at all? If it is, where can I find relevant papers describing the cryptographic algorithm(s) and/or techniques used within KY-171 and KY-172?

To my knowledge, Mercury Project used keyed CWI (Continuous Wave Interrupted) FM (frequency modulated) system, or FMCWI, capable of receiving Morse code over the UHF (Ultra High Frequency) and voice over HF (High Frequency) channels. This would be a completely analogue system, so we can't really speak of cryptographic algorithms. That doesn't mean comms were not tamper-resistant, though.

Sinusoidal FM Modulation identifies range by measuring the amount of spectrum spread produced by
propagation delay. AM is not used with FMCW. (Source: Wikipedia on Modulated Continuous-wave radar).

It would come with anti-jamming capability in the form of multiple frequency modulated narrow-band tuned filter carrier waves, and since its operation is similar to Continuous Wave (CW) radars, with interrupted carrier system (think of it as half-duplex, requiring only a single antenna in contrast to non-interrupted CW) in place, the system would have ranging capability, so any attempt at transmitting false commands from a different location would, to my understanding, likely be detected and the operator could switch comms device / channel.

Two coder units were used, the master and the standby unit, both used simultaneously during system operation, with a monitoring device detecting failure and causing switchover to the remaining coder in case of a detected lack of modulation.

More additional information on the comms system can be read in the INTRODUCTION TO PROJECT MERCURY AND SITE HANDBOOK, National Aeronautics and Space Administration (NASA) document from September, 1960 (PDF).

Not the answer you're looking for? Browse other questions tagged communication project-mercury security reference-request or ask your own question.

6
How can someone find the mass of debris objects in orbit
2
Where can I find data on current space agency contracts?
1
Where can I find list of deep space probes launched but yet to land on celestial bodies etc?
11
From which NASA publication originates/where can I find a higher resolution version of this SSME flow diagram?
11
Where can I download the Soyuz Crew Operations Manual?