What did the Soviet Union and Russia bring to the ISS?

The international agreements leading to the ISS are quite complicated. Leaving Russia aside, each of the international partners brought significant assets to the group - Japan, a cluster of lab modules + resupply missions, ESA, a large lab module + resupply missions, Canada, the ISS robotics system. In the 80s when all this was being hammered out, was India a player in human space flight?

This piqued my curiosity, and putting aside my inherent bias, I would like a factual answer of what the Soviet Union and Russia brought to the ISS and the ISS project.

It would also be great if your answer were to also clearly delineate between the USSR and RF.

The previous answer lists hardware components supplied by the Russians to the ISS. I would like to add the experience and knowledge that Russia brought to the project. The USA's experience was limited to Skylab space stations, with only 3 expeditions, consisting of a single module.

Russians have experience in:

Initially, everything. The ISS started out as Mir-2 with some extra modules added soon afterwards. Then lots more over the next 10 years.

Each additional component and module made the system better, but the ISS is still dependent on the Russian operating segment.

Each function that the Russian segment supplied initially was enhanced or replaced by the US side (solar power, life support, etc.). The major component this is mostly still Russian is half the crew quarters and reboost/attitude control (beyond what the control gyros can handle).

Initially the Shuttle and Soyuz provided crew services, and now only Soyuz (till SpaceX/ULA get their acts together in 2019) provides crew. Initially the Russians provided cargo (as did the Shuttle till retirement), but specifically Progress could refuel the engines on the ISS for reboost.

The Russian theoretical plan is that the next two modules they launch (if ever, now, after being so delayed) Nauka and the UM will be able to separate from the ISS and form the core of their next space station. One of those theories was to take Zarya and Zvezda (or just one) with them as well.

In addition to the other answers, the docking system mounted on the Shuttle Orbiter itself was also supplied by the Russians. This system was used to dock with both ISS and Mir.

Here's a picture I took on Endeavour's aft flight deck showing the docking system control panel, also supplied by the Russians. It looks completely different from any other Orbiter control panels. 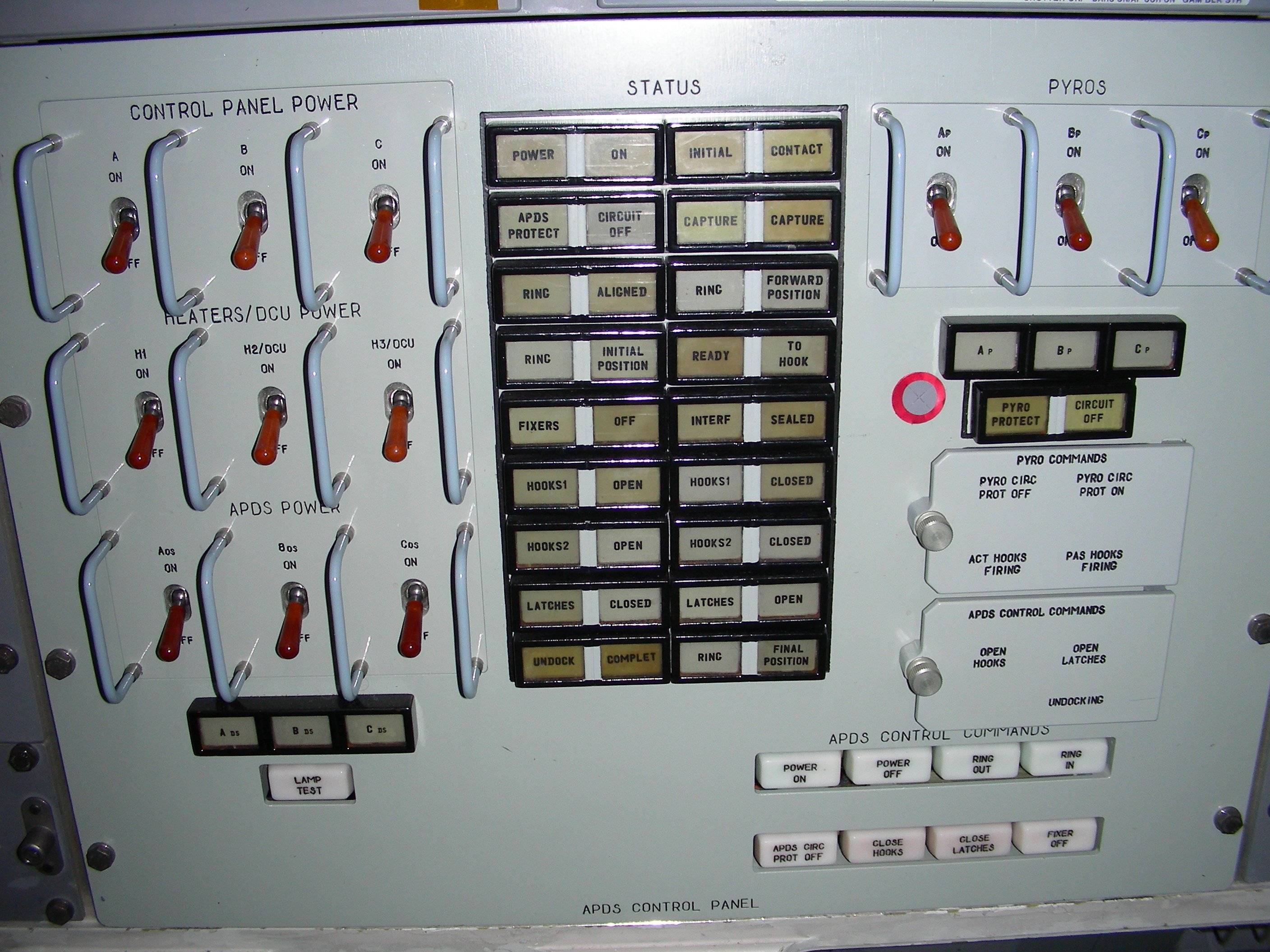 This picture shows the corner of the docking system control panel for comparison with standard Orbiter panels. You'll see that another international partner's panel had the same "look and feel" as the US panels! 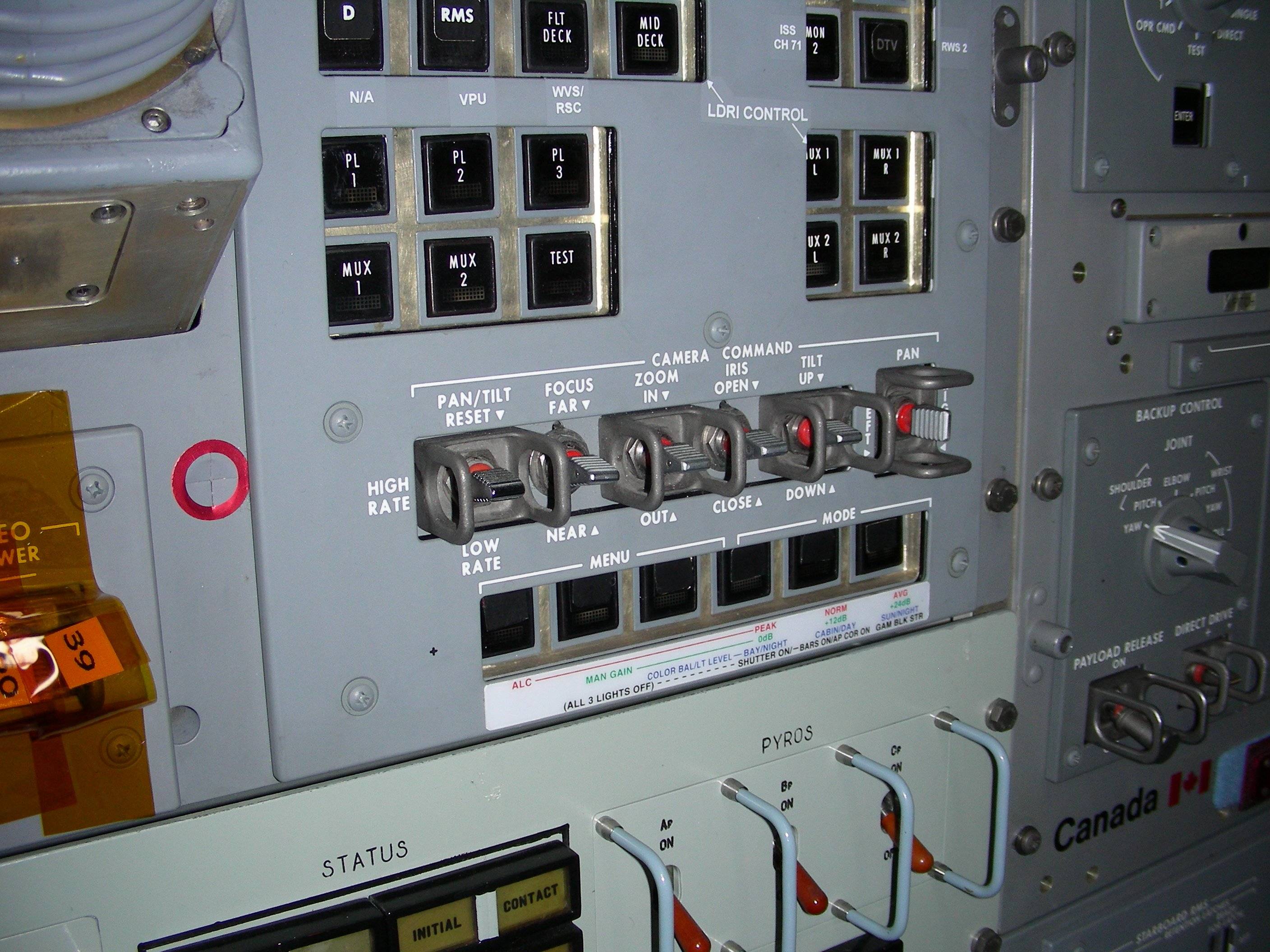 The program was a rehearsal for the future ISS operations. It gained NASA the experience in many activities (shuttle docking with space station, resupply of the station, long duration human spaceflight).

In addition to the practical contributions, there's a political one. After the fall of the Soviet Union, NASA started to cooperate with the Russian space agency to help keep it in business. By keeping rocket scientists employed, it was hoped the risk of proliferation of missile technology would be reduced.

Not the answer you're looking for? Browse other questions tagged iss construction russian-segment us-segment or ask your own question.

40
Why is China still not invited to the ISS? (Or, why do certain countries not get invited/rejected to work on the ISS?)
8
Would it be possible to split the ISS?

19
What materials are the windows on the US Segment of the ISS made out of?
13
What are the windows on the Russian segement of the ISS made of?
13
Are the power systems on the US and Russian segments of the ISS similar/compatible?
5
What effect may the tensions between the US and Russia have on the ISS?
4
What are the MDM's on the ISS, and how many different kinds are there?
30
Can the US Part of ISS survive independent of the Russian?
5
What are the sizes and locations of Progress's thrusters?
7
What language is the Russian segment ISS software written in?
6
Could the ISS be separated into two parts to make two space stations?
4
Why would the US need it's ISS partners to agree to extend its mission? Is it strictly money, or is it also resources, or even more complicated?